Strange Storms & Weird Weather: From the Paranormal to Government Experiments

My previous article was on the subject of a catastrophic storm that decimated much of the south of England in October 1987 - and that provoked a significant degree of paranormal activity. In light of that, I thought I would share with you some strange and intriguing accounts concerning the weather. Let's begin: April 28, 1997 was the date on which a startling statement was made by William S. Cohen - at the time, the United States Secretary of Defense in the Clinton administration. The location was the University of Georgia, which was playing host to The Conference on Terrorism, Weapons of Mass Destruction, and U.S. Strategy. As a captivated audience listened intently, Cohen revealed something that was as remarkable as it was controversial. Hostile groups – that Cohen, whether by design or not, did not name – were actively "…engaging in an eco-type of terrorism whereby they can alter the climate, set off earthquakes, volcanoes remotely through the use of Electro-Magnetic waves. So there are plenty of ingenious minds out there that are at work finding ways in which they can wreak terror upon other nations. It’s real." Cohen was not wrong: in 1996 the U.S. Air Force unveiled to the public and the media an astonishing document. It read like science-fiction. It was, however, nothing less than amazing, controversial, science-fact. The title of the document is USAF 2025. It is, basically, a study of where the Air Force hopes to be – technologically and militarily speaking – in 2025. 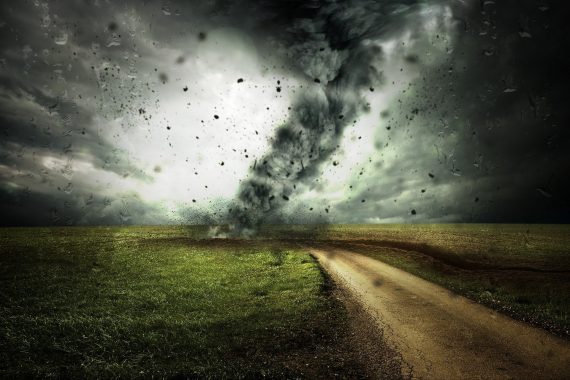 Researched and written by the 2025 Support Office at the Air University, Air Education and Training Command, and developed by the Air University Press, Educational Services Directorate, College of Aerospace Doctrine, Research, and Education, Maxwell Air Force Base, Alabama, the document was "designed to comply with a directive from the chief of staff of the Air Force to examine the concepts, capabilities, and technologies the United States will require to remain the dominant air and space force in the future." Beyond any shadow of doubt, the most controversial section of the entire USAF 2025 report was that titled Weather as a Force Multiplier: Owning the Weather in 2025. Forget missiles, bombs, bullets, troops, and aircraft. The future, very possibly, lies in defeating the enemy via global, weather manipulation.

Now, let's take a look at a very strange phenomenon that has a connection to weather of the tumultuous type. For centuries, in the U.K., people have been plagued and terrified by what have become known as "Phantom Black Dogs." They are large, spectral hounds that are particularly noted fore their fiery, red, glowing eyes. Such tales inspired none other than Arthur Conan Doyle to pen his classic Sherlock Holmes novel, The Hounds of the Baskervilles. But, there's more. As author David Castleton says: "The creature is associated with electrical storms..." Moving on, there's a fascinating story that adds to the connections between storms and those creepy dogs. Renstore note: "A weather vane in Bungay Market in Suffolk [England] depicts a black dog and a flash of lighting, it commemorates an event on Sunday the 4th of August 1577. Between nine and ten in the morning while the parishioners of Bungay were at church, a fearful and violent storm broke out, which caused the sky to darken and the church to quake. Suddenly, in the midst of the storm, a black dog appeared within church. Lit by flashes of fire, it ran about the body of the church causing great fear and panic. It passed between two people kneeling at prayer, killing them instantly, and caused another man to shrivel up, severely burned, although he is said to have survived." 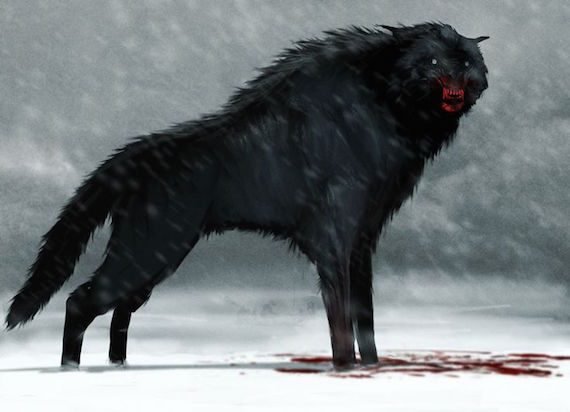 Certainly one of the most bizarre of all the cases that falls into the domain of this particular category dates from 1789 and is referenced in an old document that came from the private collection of a noted family of landowners in Cornwall, England. The details are unfortunately very scant indeed, but, nevertheless, of deep significance, given what we have read thus far, and what is still yet to come. It concerned an immense monkey-like creature seen on several occasions at Crowlas, near Penzance, England. The creature was seen by local folk late at night, on at least three occasions, and was described as being around eight feet in height and made a strange whistling noise that was interpreted as a call - to who or what, mercifully, remains unknown. Most notable of all: when the creature was last seen, at the height of a violent thunderstorm, it literally disappeared in an almighty flash of light. How about another, equally weird saga. Here it comes:

Largest Ever Roman Basilica of its Kind Unearthed in Israel