Survival After Death: Parapsychology, Past Life Memories, and the Afterlife

“In recent years the subject of death and dying, almost taboo in Western science for many years, has become a frequent and almost fashionable subject of inquiry.”

This observation had appeared in a 1977 paper appearing in the respected Journal of Nervous and Mental Disease, reflecting on the interest around that time in mortality in clinical literature. Although a new manifestation at the time, this did not particularly represent anything “fringe” or beyond the scope of problems that science could address.

The paper continued, “Yet few of the investigators who have taken up this subject seem aware of a much longer tradition of scientific research into the question of whether human personality survives physical death.” If the earlier statement on interest in death within the sciences had not brought us to the brink of heresy already, this once certainly did. The paper, titled "Research into the Evidence of Man's Survival After Death," was authored by Ian Stevenson, a researcher who worked with the University of Virginia for several decades applying science toward one of life’s greatest questions: Is there an afterlife, and if so, is it possible to prove this?

Stevenson’s paper outlined three periods in the history of the development of this idea, the first beginning in the 1880s and carrying through until the 1930s. During this period, “investigators mainly engaged in collecting, classifying, and analyzing spontaneous experiences of persons who saw apparitions of deceased persons or had other experiences that suggested to them some communication from a discarnate personality.” Stevenson observed that while there was a noteworthy amount of research conducted during this period, the provisional nature of the studies during this time seemed to point investigators toward concluding that much of the evidence seemed “to arise from a discarnate personality” and “could be explained more easily on the basis of telepathy between living persons” and similar as-yet little-understood powers of the mind. Such efforts were conducted during this period by groups like the Society for Psychical Research in the United Kingdom. 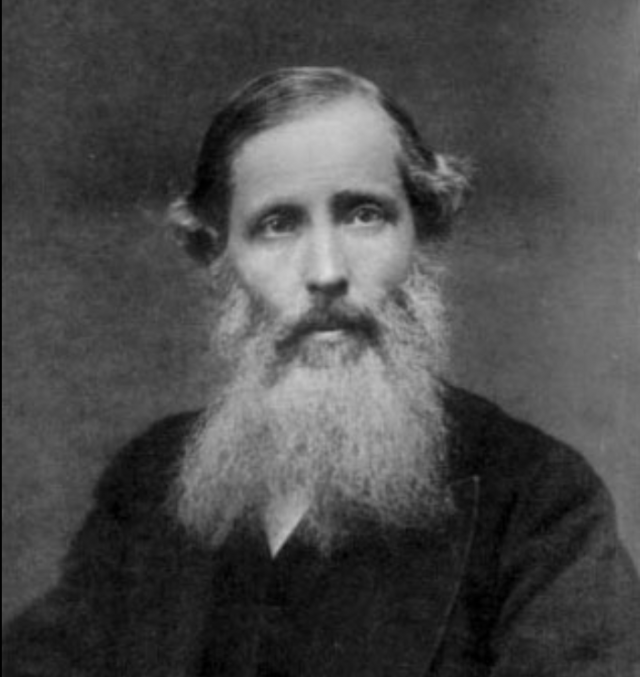 The second period, beginning in the 1930s and carrying through until around 1960, dealt with parapsychological studies, namely undertaken by the likes of J.B. Rhine. Although much research was undertaken during this period, the focus here seemed to also rest heavily on whether strange powers of the mind could exist among living individuals. Stevenson noted that “most parapsychologists neglected the question of the possibility of man’s survival after physical death. They judged it wiser to defer a direct attack on the problem until after a more complete understanding had been achieved of the power and range of extrasensory perception on the part of living persons.” Finally, the third period analyzed by Stevenson, from 1960 up until the time of the authorship of his paper in 1977, dealt with a unique question: whether people who exhibited skills that weren’t learned by normal means “may provide evidence of having acquired this skill either in a previous incarnation or through the influence of a discarnate person who, during his terrestrial life, had demonstrated the skill.” Among the variety of skills examined, individuals who appeared to be capable of speaking languages they had never been exposed to or learned, out of body experiences (OBEs), and purported recollections of past lives—an area that would comprise the main thrust of Stevenson’s work—were examined.

Stevenson’s quest led him all over the world in pursuit of similar evidence. In the early years of his work, much of it was conducted in the Eastern world on account of the prevalence of the cases involving people—especially young children—who appeared to have the ability to recall events from past lives. Because of the prevalence of cases in parts of the world where spiritual beliefs and cultural traditions often incorporated themes like reincarnation, some of Stevenson’s critics suggested that the phenomena observed had simply been that: a cultural phenomenon with a basis in belief systems in certain parts of the world, rather than being a wide-reaching cultural phenomenon. 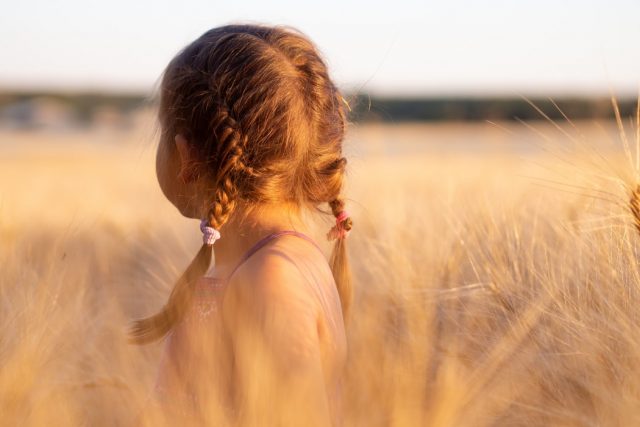 However, with time similar results began to appear in other parts of the world, too. Stevenson’s work at the University of Virginia looking at the growing body of cases continued for decades, although eventually the amount of information that had accumulated began to warrant additional contributions.

Jim B. Tucker was a child psychiatrist who had done his residency at the University of Virginia at the time that he first learned about Stevenson’s work. “When I was in training I had heard about Ian Stevenson, who had been the former chair of the Department of Psychiatry, who had stepped down from his chair to spend his whole time on studying things like children who said they remember past lives.”

“I thought it was interesting that someone would do that,” Tucker recalls. “But I never actually met Ian during my training, and after I finished I went into private practice, just doing standard child psychiatry.” However, sometime after entering private practice, Tucker’s wife, who is also a psychiatrist, introduced him to some of the existing literature related to parapsychology, and scientific efforts aimed toward studying it.

“It got me intrigued with the topic,” Tucker recalls. Eventually, Tucker and his wife came across a newspaper article discussing that Ian Stevenson and the University of Virginia had received funding for a new study.

“So I decided to call to see if they needed some help interviewing patients for that study,” Tucker says. Within a few years, he would eventually take the position once filled by Stevenson after his retirement, working with the University of Virginia’s Division of Perceptual Studies in the continuation of Stevenson’s work studying possible evidence for life after death, and children who appear to recall events from previous lives. 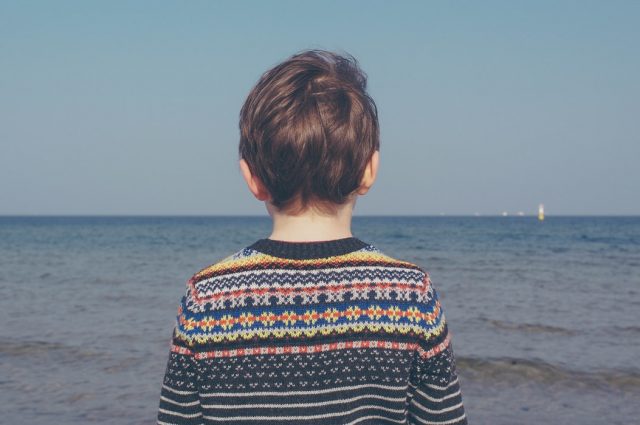 A number of criteria have been examined in cases involving purported past life memories, two or more of which are generally required in order to constitute a “good” case. Among these criteria Tucker uses are:

Tucker has examined a number of cases over the years that appear to showcase these criteria. Among the most well documented are cases like James Leininger, a young boy who appeared to recall time spent as a pilot during the Second World War.

“His father in particular was quite opposed to the idea of past lives,” Tucker notes of Leininger’s case. “Around the time of James’ second birthday, he started having terrible nightmares multiple times a week, in which he would be kicking his legs up in the air and screaming ‘airplane crash on fire, little man can’t get out’.”

Once Tucker met with Leininger’s parents, they conveyed to him how real--and terrifying—James’ dreams appeared to be.

“You couldn’t believe how disturbing these things were to witness,” the family told him. “It really looked like someone fighting for his life. James’ unusual behavior was not specific to nightmares though; his parents said that with his affinity for toy airplanes, one of James’ favorite games would be to crash his airplane into the coffee table while saying “airplane crash on fire.”

“I’ve got a picture of the coffee table,” Tucker says. “There are dozens of scratches and dents in it.”

James’ parents began to ask him questions about his dreams and apparent recollections about a plane crash, to which he told them that he had been shot down by the Japanese, even providing details about the type of plane he had flown, a Corsair.

“I had never heard of a Corsair,” Tucker admits, although he later learned that this had been a particular variety of aircraft developed during World War II. Other details James provided included that he said he had flown off of a boat, which he identified as the Natoma.

“I think we can all agree if you’re going to try to guess the name of a U.S. aircraft carrier, Natoma seems like a pretty unlikely choice,” Tucker says. James’ father began to research online to see if any additional supporting information about his son’s unusual claims could be found, which led him to the discovery of an aircraft carrier called the USS Natoma Bay, which had been a U.S. Navy Casablanca-class escort carrier that saw service during operations in the South Pacific during World War II.

A few months later, James was shown a book detailing events from the Second World War, in which he pointed to a picture of Iwo Jima and said, “that’s where my plane was shot down.” Young James was even able to recall the name of one of his fellow servicemen, Jack Larson, who had served alongside him. Ultimately, the family learned of a serviceman who had flown alongside Larson named James Houston who had died in an airplane crash remarkably consistent with what their child had been describing since the dreams began shortly after his second birthday.

“You add all this up, and you’ve got very specific details, including names, that only match one person,” Tucker says. Incidentally, James Leininger, who is now in his early 20s, now serves in the U.S. military.

Although the story of James Leininger is among the most well-documented cases on file, Tucker has collected similar details about an impressive number of cases over the years, as he has continued Stevenson’s research into the enigma of past life recollections made by children. While the specific mechanism behind this phenomenon remains undetermined, the data Tucker and Stevenson have collected about such cases now, spanning several decades, must account for something significant. It is a body of evidence that also points to the possibility that what we call “life” may not be a simple, one-shot deal, but in fact may be part of a far more complex process in which physical existence is only a single component.

“I think most of us,” Tucker concludes, “as you look at James Leininger’s case with naming Jack Larson and the Natoma, and the details of the crash and all that, I think we can say that coincidence isn’t a very plausible explanation.”

“The Jinn Did It!” Defense Used in British Murder Case