The Amazing Tale of Don the Talking Dog

In the early 20th century, the theatrical variety entertainment shows known as vaudeville were all the rage. Having its origins in France, the shows became popular all over Europe and in North America, where they typically consisted of various unrelated acts under the same billing, which could include all manner of skits, musical performances, dance shows, comedies, talent shows, freak shows, circus acts, and a wide assortment of often offbeat miscellaneous acts featuring classical musicians, singers, dancers, comedians, trained animals, magicians, ventriloquists, strongmen, female and male impersonators, freaks, acrobats, clowns, you name it, and running the range from the amazing to the downright weird. For a time, vaudeville shows were the most popular type of entertainment around, and one famous act that grabbed headlines worldwide was that of a talking dog called Don. 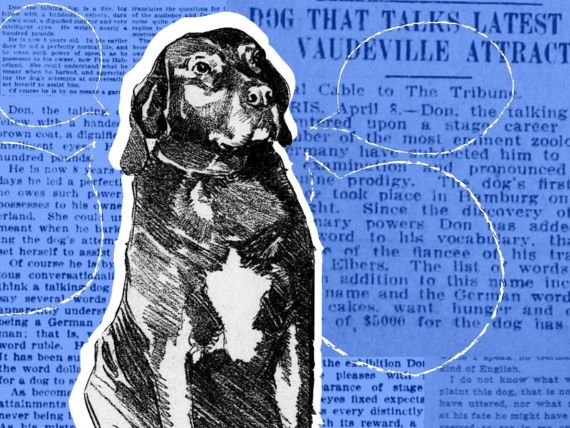 At the time, animal acts were extremely popular in vaudeville shows, delighting fans of all ages across all cultural boundaries. Everything from trained rats, to sea lions, monkeys, and horses were used, but dogs always seemed to be some of the most popular. Some of these dogs, such as “Uno the Mind Reading Dog” and “Dan the Drunken Dog” became celebrity sensations in their day, but perhaps the most famous of all was Don the talking dog. Born in in Theerhütte, Germany in 1905, Don was a dark brown setter owned by gamekeepers Martin Ebers and Martha Haberland. It had quickly became apparent that the dog was actually capable of human speech, much to the amazement of his owners. According to them, Don at first had a command of six words that he could string together to make requests or sentences. An article in the November 20, 1910 New York Times would say of Don:

The story was first considered a joke, but Thiershütte all the week has been the Mecca of interested inquirers, who have come away convinced that Don is a genuine canine wonder. His callers included a number of newspaper men, who went to Thiershütte to interview the dog. The gamekeeper, Ebers, affirms that the dog began talking in 1905 without training of any kind. According to his owner, the animal sauntered up one day to the table where the family were eating, and, when his master asked, “You want something, don’t you?” he stupefied the family by replying in a deep masculine tone, “Haben, haben.” (“Want, want.”) The tone was not a bark or growl, it is declared, but distinct speech, and increased in plainness from day to day as his master took more interest in the dog’s newly discovered talent.

Shortly afterward, the story goes, the dog learned to say “Hunger” when asked what he had. Then he was taught to say “Küchen,” (cakes,) and finally “Ja” and “Nein.” And it is added that he is now able to string several of these words together in sensible rotation and will say “Hunger, I want cakes,” when an appropriate question is addressed to him. The New York Times correspondent has caused inquiries regarding Don to be made through trustworthy authorities at Hamburg. He is assured that the dog is an unqualified scientific marvel. Don’s owner is overwhelmed with applications from circus and music-hall managers, who are outbidding one another for the privilege of exhibiting the dog.

He also knew ruhe (“quiet” or “rest”) and “Haberland” (the name of his owner). Don would ultimately reach a total vocabulary of by some accounts up to a dozen words, all in German, which he was amazingly adept at stringing together into an array of sentences. He had attracted the attention of the famed animal trainer and circus promoter Karl Hagenbeck, who paid a handsome sum for the right to exhibit Don in his shows in Hamburg, where he quickly became an absolute sensation. The fact that the dog could only speak German did not stifle the enthusiasm of American vaudeville impresario Willie Hammerstein, who was sure the dog could be a hit overseas. He was so sure, in fact, that he offered to pay a $50,000 bond, equivalent to around $1.25 million today, for the honor, and soon Don was on his way the United States in 1912 aboard the passenger liner SS Kronprinz Wilhelm, going on to perform at Hammerstein's Paradise Roof Garden on 42nd Street in New York City. 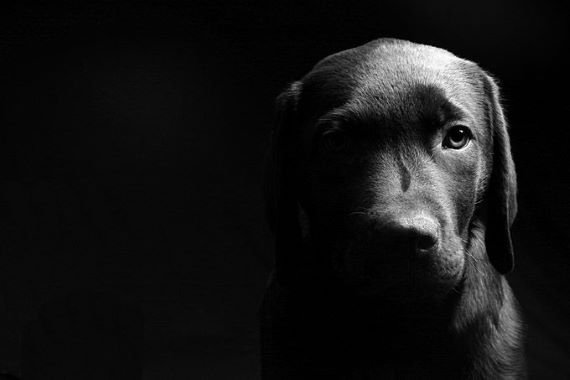 Don became a huge success in America, at one point even sharing billing with the megastar escape artist Harry Houdini and the comedian Sophie Tucker, as well as other top acts at the time, and he went on to become a celebrity endorser for Milk-Bone dog biscuits in the process. Don the Talking Dog was starting to become a household name, and even though he only spoke German, Americans totally loved him. He was soon being called “the canine phenomenon of the century,” and adding to his allure and popularity were news headlines in August of 1913 that told of Don saving a man from drowning at Brighton Beach. Don allegedly shouted the word “Help,” before swimming out to save the man, ensuring that now he was not only an entertainment star and scientific marvel, but also a bonafide hero.

Don would spend several more years performing in America, touring around to places including Boston, San Francisco, and other cities, amazing audiences and allegedly puzzling scientists and animal experts. After this, he returned to Germany to retire until his death in 1915, his last words apparently being “Say goodbye to my old pal Loney Haskell.” Despite plenty of people vouching for his abilities, Don certainly did have his share of skeptics, who believed that he was merely making weird noises and that people were hearing what they wanted to through the power of suggestion, but he was never officially or conclusively debunked, leaving us to wonder just what was going on with this amazing dog. Was there anything to any of this or was it just clever trickery and misinterpretation? Whatever the case may be, Don the Talking Dog has gone down in history as one of the most curious talking animal acts there has ever been.

Neptune-Sized Exoplanet May Have a “Substantial Atmosphere”