Some places gather to them more strange stories than most. These are the strange locations that hold weird and anomalous secrets, lurking out in the periphery of what we know. Stretched out over just about 520 acres of Beaver County, in the panhandle region of Oklahoma, near the city of Beaver, is Beaver Dunes Park. It is known for its sprawling sand dunes, popular for dune buggy riding, and it is also a popular location for hiking, camping, and fishing at the nearby Beaver Lake. However, this is also a place of strange and often dark tales, involving talk of mysterious disappearances, strange phenomena, and other weirdness.

One of the strangest stories to come from here has to do with some curious journal entries made by the Spanish explorer Francisco Vázquez de Coronado, when he came through the area in the 1540s. It is claimed that the Natives of the area were very quick to warn him that there were strange forces at work here, yet he continued on undeterred. At some point, he allegedly writes that three of his men were hit by green flashes of light, after which they vanished without a trace to never be seen again, in a bizarre incident Coronado would describe as “the work of the Devil.” This phenomenon would go on to be referred to as the “Shaman’s Portal,” and there would be others said to have vanished into thin air in the area over the years, including a pioneer woman in 1897 and a visitor from Colorado in 1987, both of them said to have vanished in conjunction with mysterious lights, although it is unclear just how many supposedly have disappeared or whether it is all urban legend. Other reports have come in of ghost lights, flickering portals, cases of lost time, and numerous instances of electrical equipment going haywire or ceasing to function in the vicinity.

In addition to the Shaman’s Portal and the mysterious disappearances, there are other strange tales associated with this place as well. One is that there was supposedly a UFO that crashed here. Reports on what actually happened vary, with some claiming that an object came down from the sky to bury itself into the sand, after which there were numerous nighttime excavations carried out by the military. Another story is that a Dr. Mark Thatcher came here to study the area in the 1990s after receiving tips of “strange findings” from an archeologist at Oklahoma State University. He apparently spent several years in the area, finding anomalies in the soil such as “constant electromagnetic interference and ionized soil cores,” before his operation was shut down by dark suited individuals claiming to be from the military who have been compared with the legendary Men in Black. Others who have come to do investigations at the dunes have similarly complained of being chased off by unidentified military personnel, leading to the rumor that something very strange is buried somewhere under the sand. 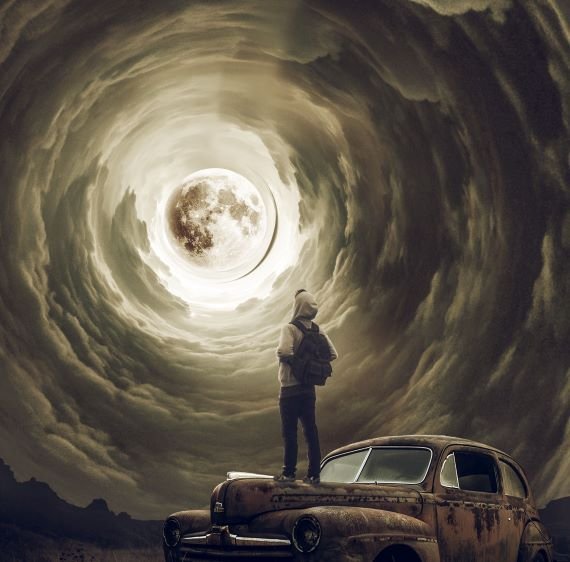 On top of all of this are reports of Bigfoot from the area. Reports such as these have led to all kinds of speculation on what could be going on at the park. Some think that there are portals opening here to another dimension, perhaps letting things into our reality or conversely whisking people away, or perhaps a secret underground cave system beneath the dunes hiding mysterious things. Others think this is all about aliens and UFOs. Yet, many of those who actually live here think it is mostly just urban legends, with Park Ranger Heath Noyes saying of his own experiences here, “I’ve seen lots of stuff, but I don’t think any of it’s paranormal. The people who actually live out here, we’re pretty proud of this place. We take any chance we can to talk about it.”

If this is all just urban legend, then what are we to make of the journal entries of the explorer Coronado? Was this just a misidentification of some other phenomenon, and if so, what happened to his men? It is really hard to say, and the mysteries of the Beaver Dunes Park have sort of remained obscure local tales that most of the many recreation seekers who pass through are unaware of. It has become a rather peculiar place a strange wilderness of weirdness that has gone on to propel itself into the realm of strange mysteries.

Why the “British Bigfoot” Cannot be a Flesh-and-Blood Animal: It’s a Supernatural Thing