The Bizarre Story of the Blackburn Cult

There seem to have always been those out on the periphery looking to prey on the gullible. This is the realm of cults and their very often charming and persuasive leaders, and it seems that there is no belief weird or outlandish enough to put off those who are sincerely willing to buy it all and embrace it fully. Such cults run the range from the merely odd to the downright bizarre, and back in the early 1900s there was one such cult that managed to draw to it all manner of talk of strange rituals, mysterious vanishings, and unsolved deaths.

It all began in 1922, when a May Otis Blackburn and her daughter Ruth Wieland Rizzio began making some rather bizarre claims in Los Angeles, California. According to them, they had been in direct contact with the angels Gabriel and Michael, and not only that, but that they were in fact the two witnesses of the Book of Revelation. They also claimed that the two angels were in the process of writing a book through them, which they claimed would contain the deepest secrets of the universe, as well as “lost measurements” that would point the way to hidden treasures, and it would all open up the Seventh Seal when completed. What this basically means is that when the book was finished, Heaven would be opened up upon our plane of reality and bring forth an apocalypse that only the worthy would survive. They called this book The Seventh Trumpet of Gabriel, later to be called The Great Sixth Seal, and it was all very ominous, doom and gloom biblical end of the world type stuff, but you could get through it all and be saved, all you had to do was join a little group they were putting together.

The group, variously referred to as "The Divine Order of the Royal Arms of the Great Eleven,” the "Cult of the Great Eleven," the "Great Eleven Club,” and the "Blackburn Cult,” was a sort of mish mash of old school wrath of God doctrines, Christian Science, a bit of ancient Greek worship of the goddess Hecate thrown in, and a dash of outright Paganism, and it was bizarre to say the least. Blackburn, who was the self-appointed Queen and High Priestess of the cult and also called herself “The Heel of God,” claimed that in the wake of the apocalypse the world would be ruled by eleven “Queens,” who would rule from Hollywood, California, of all places. As insane as this all sounds, they started gathering to themselves a group of followers who believed every word of it. These members would engage in all manner of rituals and make strange pilgrimages to places like “Devil’s Hole” out in the Mojave Desert, which was reputed to be a bottomless pit that went straight to an inner world beneath the earth. Some of the rituals were rumored to involve animal sacrifices and sexual orgies, and before long the cult was making waves, attracting scandals and mysteries as it did so.

Even as the cult expanded its operations, moving to a sprawling complex in the Santa Susana area of Simi Valley in Ventura County, California, complete with an elaborate temple and golden throne room, there were many dark rumors making the rounds. One of these was that cult members seemed to have a habit of vanishing off the face of the earth. Indeed, Blackburn’s own husband, Samuel Rizzio, allegedly vanished into thin air after purportedly hitting her, never to be heard from again. There was speculation that he had been poisoned and disposed of, but no evidence to this effect was found, nor was there ever a body. Four other cult members were reported as disappearing into thin air as well, by the names of Frances Turner, Harlene Sartoris, Katherine Bolz and Addle McGuffin, and there were also the allegations that a bedridden cult member had died after being placed in a brick oven for two days in order to be cured of her serious illness. Even stranger than all of this was the bizarre case of cult member Willa Rhoads, who went missing only to be found dead under some very odd circumstances.

At the time, the cult was now under investigation by police, which would lead to a macabre finding. One of the missing people was 16-year-old Willa, a priestess at the temple, who had disappeared without a trace in 1925. It would not be until the police investigation in 1929 that she was found again when police found her buried beneath the floorboards of her foster parents’ house. The body was found in a manmade burial chamber beneath the house, ensconced within a specially designed airtight cedar casket and wrapped in spices and salt, with the casket surrounded by the semi-mummified bodies of seven dogs. Under police questioning, the foster parents claimed that their daughter had died of an infection from an abscessed tooth, but that Blackburn had told them that she was not really dead at all, but rather merely in stasis awaiting her righteous resurrection to take her place on a throne as a “celestial princess” after the incoming apocalypse. According to the mother, the dead dogs represented the “Seven Notes of Gabriel’s Celestial Trumpet” and she insisted that Willa was not really dead. Police did not agree, and although they suspected the girl had been killed in a cult ritual, there was never any evidence of this and neither the two foster parents nor Blackburn were ever charged with any wrongdoing in connection with the death of Willa Rhoads.

Indeed, police were never able to pin any of the disappearances on Blackburn, but her downfall would come in another form. In 1929, the same year that Willa Rhoads had been found, one of the members of the cult came forward with claims that he had been defrauded by Blackburn. The allegations came from a rich oil magnate by the name of Clifford R. Babney, who alleged that he had given over $50,000 in cash and assets to Blackburn, including the land their retreat was sitting on, in return for getting a sneak peek at the book the angels were writing, but that Blackburn had never shown it to him. This was followed by many other allegations from various cult members who claimed they had been regularly forced to cough up large donations, called “tributes,” to the cult, adding up to an estimated $200,000, which in today’s money would be over $3 million. 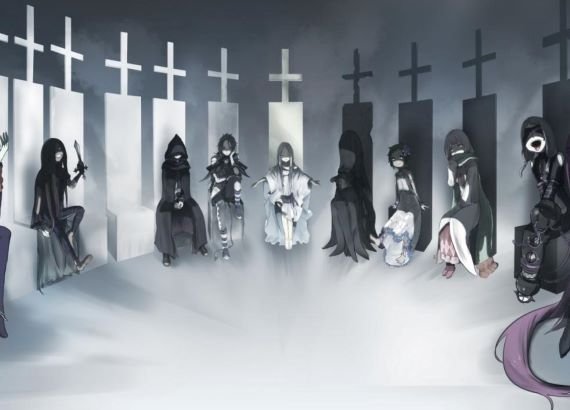 Blackburn would be arrested and convicted of eight counts of grand theft in 1931, but the California Supreme Court would later throw the charges out due to lack of evidence that she had actually taken the money in bad faith, and the trial had been made murky by other allegations of missing people and mysterious deaths. The trial had included prosecutors throwing out the bizarre tale of Willa Rhoads, and the vanishings, in particular that of Rizzio, and in the end, it was ruled to have been an unfair trial and a possibly dangerous a dangerous encroachment on religious freedom, with the court proclaiming:

We have set forth but briefly disclosures of the record before us, and in our investigation, we have been unable to see what relevancy the gruesome story of the preservation of the body of Willa Rhoads, in the promise of resurrection, could have borne to the issue of whether or not the defendant applied the moneys which she received from the complaining witness to the purposes for which they were procured. The same lack of relevancy exists in the admission of evidence directed to the alleged attempt of the defendant to administer poison to one Sammy Rizzio. We feel, as did the District Court of Appeal, that the evidence as to both of the events above adverted to, must have prejudiced the defendant in the minds of the jury to the extent that the testimony offered in her defense could not have received the deliberate consideration that the law accords to all persons charged with crime. All other matters of importance have been properly disposed of in the decision of said District Court of Appeal. The judgment and order are reversed.

In the end, Blackburn walked away a free woman, but her cult would never be the same in the face of all of the controversy and bad publicity. The cult sort of withered away, and the promised book The Sixth Great Seal never did see the light of day. Blackburn would publish another book called The Origin of God in 1936, and would keep a low profile until her death in 1951. The legacy of this group has been mired in mystery ever since, with no clear answers as to what happened to any of its vanished members and no one ever charged with any of it at all. It remains a weird tale of a cult lurking off in the shadows, its true intents and the extent of its spooky operations unknown.

UFOs of the Small Kind: They’re Not All Mother Ships