The Bizarre Vanishing of Kat Hammontre and Her Dog

Some mysterious vanishings are very unusual in just how sudden and without warning they come. There have been those cases in which people have just seemingly gone up in a puff of smoke, leaving few clues as to what has happened to them and a blank space where they should have been. One such case comes from the wilds of Mexico, where an experienced hiker sat down one day to fade out of existence without a trace.

In April of 2019, 68-year-old Kat Hammontre, of Seattle, Washington, made a trip to San Felipe, in Baja California on the California/Mexico border, along with her husband and daughter for a hiking excursion into the ominously named Diablo Canyon in the San Pedro Mártir Sierra. On Aril 11th she set out with her family and a group of other hikers, along with her dog, Tootsie, for what was to be a relatively short and easy daytime hike in clear, calm weather. Despite her age, Kat was described as a tough and seasoned hiker, and considering she had once lived in the same area for around 20 years teaching English to local schoolchildren, she was very familiar with the terrain, so things started off well, and there would have been no reason to think that this hike was about to become a strange unsolved mystery.

The hike was somewhat derailed when, only 10 minutes into their trek, Kat twisted her ankle and was unable to continue. It wasn’t noticeably a very serious injury, but she could walk no further and it took the wind out of her sails, with her telling the others that she would just have a seat and wait there with her dog for the others to come back. They weren’t planning to be gone too long, Kat was described as being in good spirits and not showing any undue duress, sitting happily upon a boulder near a creek and shooing them off, so the rest of the hikers had no reason to think that there was anything to worry about. However, when they returned from their quick hike to a nearby waterfall some 90 minutes later, neither Kat nor her dog were anywhere to be seen. The group fanned out and called her name, as well as the dog’s name, but there was no response and it was as if she had never been there at all. Not only was she gone, but there was no evidence of any sort of struggle, no signs of a wild animal attack, she and her dog had seemingly just vanished into thin air.

Kat’s husband, Warren Sundquist, waited at the car until evening, hoping that she had just wandered off to explore, even though he realized that this was unlikely due to the fact that she had been hobbling about on her injured ankle. Authorities would then be notified and a search organized, including local search-and-rescue crews, tracker dogs, and Mexican military helicopters, but nothing at all was found of either her or her dog. Some strange details were that the tracker dogs were apparently unable to pick up a clear trail, and Tootsie was said to be quite a yappy dog but there was no barking. It was also especially odd considering that she was described as a smoker and had a lighter with her, so she could have easily made a signal fire for searchers to home in on, but there was never anything of the sort. How could this woman and her dog both so fully disappear, especially when she could barely walk? It remains a mystery, but there are some theories. 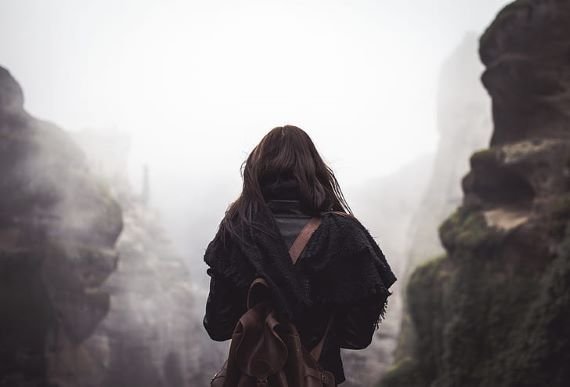 One idea is that she may have come across illicit marijuana growers or drug runners and been silenced. Indeed, the search for her had uncovered several fields of marijuana, so had she perhaps just come across the wrong people at the wrong time? Considering there was no sign of foul play it is hard to say. The idea of an animal attack was also considered, but again, these sorts of attacks are typically messy affairs that would have left behind blood and torn clothing, but nothing of the sort was found, nor were any animal tracks. The site was completely pristine. Police at one point suspected that someone in the group she had been with had perhaps had something to do with it, but everyone who had been with her was comprehensively questioned and police came away satisfied that none of them had had anything to do with it.  It was thought that she may have gotten lost, but her husband refuted this, claiming that she could barely walk at the time and that he suspected her foot had been broken. There were also no signs of any other vehicles in the vicinity, indeed the nearest road was some miles away, so it seemed unlikely she could have been picked up or abducted by someone in a car or truck.

None of it really makes much sense in the end. We have this tough as nails experienced hiker familiar with the area who hurt her foot bad enough that she could not continue, and then she sat down there by that creek with her dog and just evaporated into thin air. How could she have possibly gotten far enough away so quickly that there was no sign of her? Why is it that searchers found not a shred of evidence for her whereabouts? What happened to Kat Hammontre? It is unlikely we will ever know for sure.

The Early Days of Remote Viewing: Mind-Experiments and Government Interest