The Bizarre Vanishing of Louis Le Prince, The Father of Cinematography

The French artist and inventor Louis Le Prince was born in Metz, France in 1841, and he would go on to make great advances in the development of moving pictures during his career, earning several important patents on lenses, cameras, and motion picture devices in 1888, in particular a type of projector and a 16-lense camera, and in October of that very same year his experiments in moving pictures would culminate in him taking several segments of film in Leeds, England, where he had been living at the time. The pieces were filmed on a new type of single-lens camera he had developed, and showed moving film of family members in Roundhay Garden and his son playing the accordion, and he would also film the Leeds Bridge, and they are widely believed to have been the very first motion pictures ever taken, beating out his rivals Thomas Edison and Auguste and Louis Lumière by half a decade, although they were the ones grabbing all of the headlines and glory for innovations in motion picture technology at the time. He would later earn the distinction of being nicknamed “The Father of Cinematography,” but Louis Le Prince is probably more well known for his strange disappearance than anything else.

Despite other inventors hogging the limelight at the time, there was great interest being generated in Le Prince’s lens and camera designs, and he was planning on arranging a public demonstration of his inventions in the United States, setting up an exhibition at the Morris–Jumel Mansion in Manhattan, scheduled for September 1890. This exhibition might have very well have locked in his legacy as the true innovator of motion picture technology and made him a more prominent name in the history books, but he would never make it to this demonstration because he was about to evaporate off the face of the earth.

On September 16, 1890, Le Prince visited his brother in Dijon, France, and then boarded a train to return home, but he would never reach his destination. When the train arrived, it was found that neither Le Prince, nor his luggage, were anywhere to be found. It would turn out that Le Prince had last been seen by various witnesses checking his luggage and then entering his cabin, and after that his fate remains a mystery. As the train rattled along on its way, Le Prince was seen checking in his luggage and entering his cabin, from which no one would see him leave during the rest of the journey. When the train reached Paris, Le Prince did not disembark, and a train conductor was sent to his room to rouse him, thinking he had merely fallen asleep in his cabin. When the cabin was opened, it was discovered that both Le Prince and his luggage were gone. A complete search of the train turned up no trace of the man or his belongings, and no one could be found who could recall Le Prince ever leaving his cabin once the train had departed. Since the train had made no stops between Dijon and Paris, he could not have gotten off anywhere, and the cabin windows had been closed and locked from the inside. No one had seen him leave his room or go anywhere, and at 6’4” Le Prince was hard to miss and very large for his era. Additionally, there was no sign at all of any foul play and no reports that anything had been amiss during the trip. Le Prince was just simply gone. No one saw him exit his cabin, no one saw him get off the train at any time, the windows to his cabin were found to be closed and locked, and it has become a mystery that has continued to baffle.

Scotland Yard and Le Prince's family undertook exhaustive searches for him, but no trace of where he had gone could ever be found. Interestingly, his disappearance would allow Thomas Edison to take credit for inventing motion pictures, even though Le Prince had already been in possession of plans for this invention long before, which he had been hoping to have patented in America and would have if he had not gone missing. Of course, there are theories as to what became of Le Prince. One idea is that he was murdered or kidnapped in order to stop his pioneering progress into motion picture technology, with his death or disappearance meaning that any patents associated with him would remain in limbo. 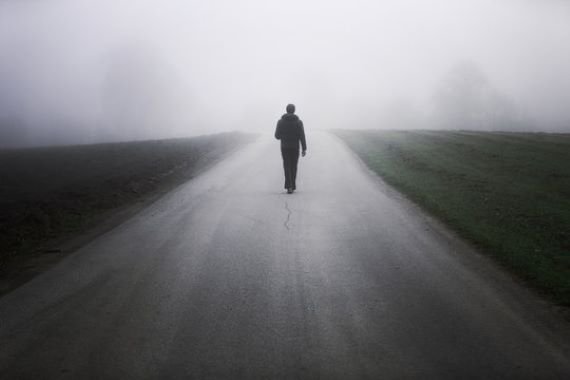 Indeed, Thomas Edison himself has been pointed out as being someone who would have had a lot to gain from Le Prince being out of the picture, and interestingly it would be Edison who would swoop in and claim credit for the invention of motion cinema in the wake of the vanishing after Le Prince would conveniently be absent from his planned demonstration in the United States. He could have also been targeted for the large inheritance to be had, with at least one close relative purportedly receiving a rather comfortable sum. There are also theories that Le Prince’s own brother killed him in order to gain an inheritance, or that it had been a hit placed by an outside party, but again, proof is in short supply, with no evidence for any of it. It is also difficult to see how it could have been done on a moving train, and no signs of foul play were found at all. However, in later years one University of New York graduate Alexix Bedford would be scouring the archives of the New York Library when he found possible evidence that Edison had had Le Prince whacked, when he was perusing one of Edison’s notebooks when he would stumble across an entry dated September 20, 1890, written in Edison’s own hand, which rather ominously states:

Eric called me today from Dijon. It has been done. Prince is no more. This is good news but I flinched when he told me. Murder is not my thing. I'm an inventor and my inventions for moving images can now move forward.

The journal was later found after intense analysis found to be indeed authentic and written by Edison, and Bedford has said:

I've always admired Louis Le Prince, but really not much was known about him because of his sudden disappearance. Leafing through it (the journal), I merely thought I'd find perhaps some interesting and as yet unknown processes that Edison had tried in the laboratory. I never thought I would stumble upon this! It is quite a different look at these amazing inventors and the time they lived in. Suddenly we're seeing Thomas Edison in a different light, as a person who had a strong stake in dominating the trademark industry. And we're seeing how the patent wars affected these scientists as they sought to garner attention for their inventions.

Did Thomas Edison have a part to play in Le Prince’s disappearance? It certainly seems rather likely. Another idea is that he committed suicide, but not only is there no evidence of this and no perceivable way he could have pulled this off, at least on the train, but also Le Prince really had had no real reason to want to kill himself, as he was awaiting several important new patents that were groundbreaking for their time. Other ideas were that he could have killed himself because it would be found that he had perhaps been homosexual, or that he had gone off to start a new life somewhere and disappear off the grid, possibly because he was in heavy debt, but there is no evidence for any of this. So far there is no clear answer to the mystery. All anyone knows is that Lois Le Prince got on that train and seemingly never got off. He would eventually be declared dead in 1897, and in 2004 police archives in Paris would turn up a body retrieved from the Seine River just after the vanishing that just happens to bear a resemblance to the missing inventor, but it had never been proven to have been him. What happened to Louis Le Prince, and how might the history books have been different if he had not vanished? There is no way to know, and it remains a curious historical oddity.

Winged Monsters in the Skies of the U.K.: Terror Above