The Dark Mystery of Charlie and Ann Sigmin

Charlie and Ann Sigmin seemed to have a pretty happy life. The two of them seemed deeply in love, and Charlie bought them a 9-acre farm he named after his and Ann’s initials, “C and A’s.” Charlie even made great efforts to be a good father for Ann’s two children from a previous marriage. After a string of bad relationships in his life, Charlie Sigmin was finally happy and living his dream life, but this was about to turn into a nightmare featuring Satan worship, black magic, and murder.

It started with little suspicious details that Charlie noticed that led him to believe his wife was having an affair. This was bad enough as it was, but there would be other oddities as well. Ann had begun to show deep interest in the occult, spending all of her time reading up on magic and the paranormal, made only freakier when he once found a creepy doll placed in their room and Ann admitted it was for witchcraft rituals and that it was a sort of Voodoo doll that trapped evil spirits. Charlie was beginning to think that something was off about the wife he thought he had known so well, and that she perhaps had a dark secret life, and this was only cemented in his mind when one evening he would apparently walk in on her in the midst of some sort of Satanic ritual. His friend, Charlie Igleheart, would explain of it:

She had disappeared one night. Had come back and then he woke up another night and she was gone. She wasn’t in the house. He saw a light under the door of their refrigerated little shed they kept their vegetables and stuff in. He went out and opened the door and she was sitting on the floor in a negligee, about half naked. She had a semi-circles of candles around her and a poster of a Satan-like figure on the wall, was chanting, which he didn’t understand. And they had a confrontation. They went into the house and he didn’t go any further than that. I didn’t ask. 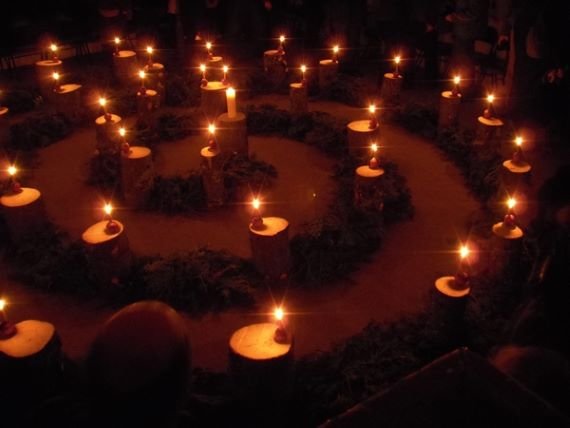 He would also later find numerous books on Satan and demons that she had hidden from him. Considering that Charlie was described as a Christian and God-fearing man, this was all a little too much for him to take. He began preparations for a divorce, in the meantime kicking Ann out. She would sadly take the kids with her, after which she wasted absolutely no time in shacking up with another man, a truck driver and ex-policeman named Garey Goff, who lived in Caruthersville, Missouri, and who also happened to be a childhood friend of Charlie’s. The break-up was hard on Charlie, sending him into depression, and he began to think that he had perhaps made the wrong call on kicking her out. Things would only be made worse by harassing and threatening phones calls he would occasionally get from Garey, and then things would careen into an out of control whirlwind of violence.

On October 26, 1986, Charlie was at home when he received a call from Ann. She sounded hysterical and spat out that she was going to kill herself, all while the two kids provided a background noise of screaming and crying. Shocked and startled, as well as worried for the kids he thought of as his own, he told Ann that he was on his way to go there. He got to Garey’s house at around 3am, and about 20 minutes later police received a call from a frantic Ann Sigmin saying that he had been shot. When officers arrived they found a scene of blood and chaos, with Charlie dead in a pool of blood after having been shot seven times and the place generally roughed up. One of the officers on the scene would say:

The house was torn apart. It must have been a bad struggle in there. There was blood all over the door and the walls and there were a couple bullet holes in the walls and one in the door… And there were seven bullet wounds in the body. 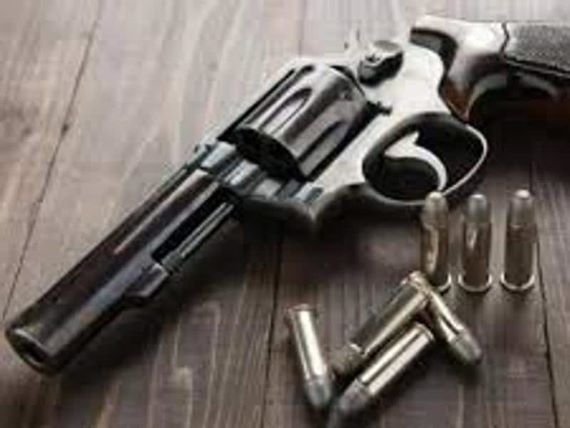 On top of this, police found a bloody steam iron in a wastebasket in the kitchen and two guns, one .32 caliber revolver on the floor and a .25 caliber pistol on top of the TV, both of which had been recently fired. When questioned by police about what had happened, they claimed that Charlie had shown up at the house angry, drunk, and belligerent, rabidly demanding to be let in. In a rage he had broken in and began beating Ann, after which a struggle had then broken out between him and Garey, ending with the latter shooting him in self-defense. Talking with Charlie’s friends who had last seen him contradicted this story, as not only was Charlie not known to drink heavily, but everyone insisted that he had not been drinking before the incident. We will never know, because unbelievably police failed to take a blood test from the body to check it for alcohol levels, one of many balls that would be dropped during the investigation. At the time, neither Ann nor Garey were charged, but police would continue investigating.

Police were able to find a friend of Ann’s who claimed that she had talked about having Charlie taken out of the equation, and she was convinced to wear a wire in an effort to get a confession. The friend went to meet Ann in a parking lot, and Sigmin then incriminated herself by saying that her and Garey were preparing to flee town. Before police could even move in to grab them, they had both vanished, leaving Ann’s kids behind. Garey’s truck would be found abandoned in Phoenix, Arizona, but there was no other sign of them. In May of 1989, Garey turned himself in to police, claiming that they had broken up and he had fled in terror after she had threatened to curse him with black magic. In 1991 he entered an Alford Plea for second-degree murder and was sentenced to 20 years in prison, where he languished until he was released in 2002. During his incarceration he made public pleas for Ann to turn herself in, but she never did, and indeed she has never been seen again. Authorities believe she is living in Oregon or Arizona an alias, but that is about as far as they have gotten and the case has gone cold. What happened here? It remains a mystery, we will probably never know the answers, and Ann Sigmin is still very much on the run.

Where the Dead Aliens are Stored … Allegedly