The Haunted Adelaide Arcade of Australia

When it opened in 1885, the elegant Adelaide Arcade, in the center of Adelaide, South Australia, was a pretty big deal. It was remarkable achievement for its time, with the shopping arcade boasting all manner of architectural brilliance including distinctive domes, new building materials, solid marble entrances, ornate plaster and metalwork and open wood and iron framing, Carrara marble floors, fountains down the middle of the walkway, glass-paneled ceilings, and extra-wide promenades as well as the generous usage of over 50,000 square feet of polished plate glass, with the whole of it being one of the very first buildings in Adelaide to have electric lights. When the shopping arcade opened, it housed 50 shops and was considered the epitome of opulence and grandeur, only expanding in later years, such as a balcony level in the 1960s that doubled the number of shops, and featuring a procession of unique tenants, including at one point actual Turkish baths. The Adelaide Arcade remains a beloved destination for locals and tourists alike to this day, but beyond all of the historical magnificence and bustling shoppers there is also a vein of strange tales of the death and the paranormal.

Perhaps the most well-known and pervasive of the ghosts that roam this place has its roots in the story of the 19th century arcade caretaker Francis Cluney, also sometimes spelled Clooney. On the night of June 21, 1887, Cluney was forced into duty tending the building's fancy electric lights, as the one who normally tended those, his boss and an electrician named Henry Hardcourt, was off duty. At one point during his shift, Cluney came across some flickering lights and went to investigate, and his clothing then apparently got caught in some machinery to drag him to his death in the belts of the flywheels of the gas engine that drove the two alternators. His mangled body would not be found until the following morning and the story goes that he never really left. Cluney has made his presence known with disembodied footsteps and other anomalous noises, as well as knocking things over in shops and causing electrical equipment to malfunction, and his apparition, fully decked out in his signature long coat, has been seen regularly. He seems to be a benevolent presence, often dubbed “Friendly Francis,” and management marketing consultant Sharon Leaney has said, “He seems friendly and no one seems spooked by him — we think he’s just keeping an eye on things.”

Another tragedy that occurred here was the story of a bootmaker by the name of Thomas Horton, who lived near the arcade with his new wife, Florence. The happy new marriage soon went sour when Thomas’ jealousy came bubbling up, with him increasingly convinced that she had other suitors. Things came to a head when he one evening followed Florence as she walked down Rundle Street in the arcade with two friends. He then crept out of the shadows and shot her three times in the back with a pistol, killing her. His trial would turn up some sinister things, such as a letter by his ex-wife proclaiming that he was a madman and that if anything were to ever happen to her it was most certainly his fault. Thomas would be hanged for his crime, and the ghosts of both Florence and Thomas Horton have been seen wandering around the arcade ever since.

Yet another haunting here revolves around a woman named Bridgette Byron, who had a rather eclectic shop at the arcade that offered palm reading, where she worked under the stage name “'Madame Kennedy.” They lived there together with their toddler son, Sydney, but their marriage was on the rocks. Her husband ended up leaving her with her son, but she would manage to get him back, only for tragedy to unfold. The story goes that one day, gas was smelled coming from Bridgette’s shop, and when concerned neighbors came running, they found her unconscious and her son dead.  It was heavily speculated that she had suffocated the young boy, but this could never be proven, and she would go into a deep depression to drink herself to death not long after, although the rumor was that she had actually been poisoned. Both the ghosts of Bridgette and her son Sydney have been reported roaming about the arcade, with the boy most notably sobbing rather loudly. 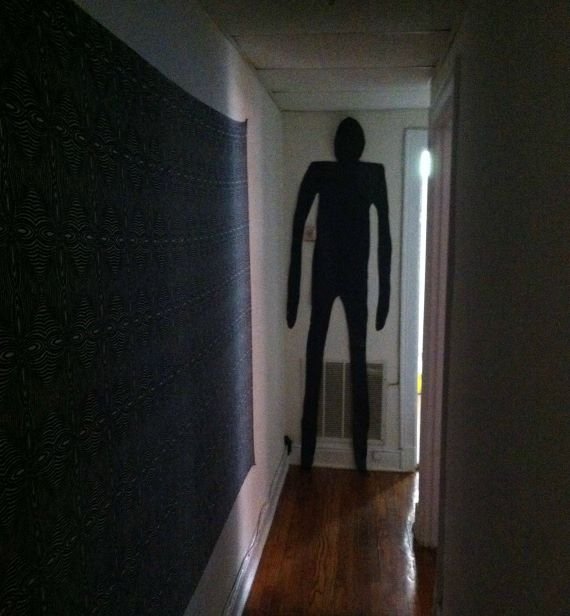 There are several other less definable ghosts said to haunt this place, and the Adelaide Arcade has become a magnet for paranormal investigators and even TV shows, such as Fox program Haunting Australia. There are also numerous ghost tours run through the area, with one of the most prominent being Adelaide’s Haunted Horizons, who offer a tour of otherwise off-limits areas at the arcade and have said of the place:

At Haunted Horizons we are very blessed indeed to be given access to parts of the Arcade not open to the general public, it is also these rooms where most of the activity that has been experienced has occurred. The upstairs storeroom can have guests feeling very uneasy as footsteps can sometimes be heard behind them, along with heavy breathing or sighing. Our paranormal equipment has lit up when asked, we’ve had relevant answers to our questions come from various devices! The Tea Room is a very dark and creepy place to be. Originally called ‘The Tea and Coffee Salon’, the beautiful but eerie staircase is still the focus of the room and the fact that it seemingly leads to no-where adds to the atmosphere.

During tours, we have had reports of guests being touched, a tug on their coat sleeve, and a hand grabbed, as though by a child.  Figures have been seen as darker than the dark. Our investigations have also experienced equipment going off on cue, the Paranormal Musical Box playing overtime, and we have even captured the voice of a child on our digital recorder and possibly confirming that Bridget Kennedy Byron was innocent! It’s not just in these areas where activity has been reported!  The upstairs staff toilets have a cubicle that few will enter. Francis Clooney has been seen in numerous parts of the building, day and night, looking into shop windows and watching shoppers from the balcony above. Children have been heard running around the haunted Adelaide Arcade in the early hours of the morning! Our tours at the beautiful Arcade are always accompanied by security guards and they love to share their personal experiences with the tour group.

It is all quite the whirlwind of paranormal phenomena and we are left to wonder just why these forces might be tied to this place. Is it the pain they suffered, some ill-defined unresolved force in their life that keeps them tethered here in death? Or is this just urban legends and spooky myths? Perhaps it is time to book a trip and find out for yourself.

The Strange Saga of the Men in Black of Loch Ness