“The Jinn Did It!” Defense Used in British Murder Case

“The devil made me buy this dress!"

Flip Wilson, a popular 1970s comedian, played a character named Geraldine whose catch-phrase -- which made Wilson a star, was the name of his best-selling album and got him his own TV show – blamed everything she did wrong on the devil. That would never work in real life, right? Certainly not in a murder trial, right? Meet Shahbaz Khan, who is on trial in Lancashire, England, for murdering two women and setting fire to their Burnley home – a home where his lawyer claimed in court that a jinn took possession of him and made him commit the heinous crimes. Will ‘the jinn made me kill those women in dresses’ hold up in a court of law?

“He will tell you that Robert was, and is, a jinn.” 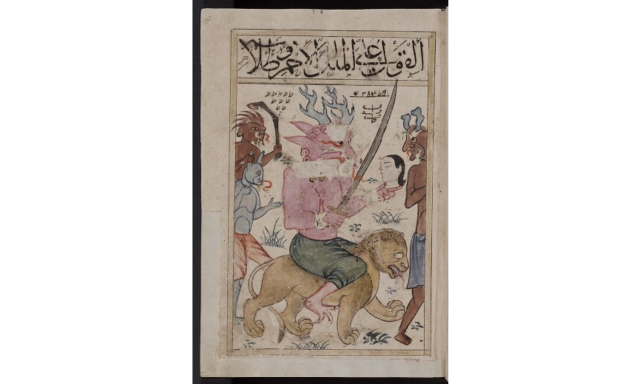 As reported by LancsLive.com, Shahbaz Khan, the defendant who is accused of murdering Dr Saman Mir Sacharvi and her daughter Vian Mangrio on October 1, 2020, claimed it was not him but a 620-year-old jinn named Robert Smith Wood who killed the women in their home where Khan had frequently visited Dr. Saman. He alleged that ‘Robert’ also lived in the home, as did another jinn named Rita. Khan claimed Dr. Saman was aware of both jinn and had complained to him that ‘Robert’ had moved a table and broken a mirror out of anger over modifications to the part of the house he occupied. Khan visited the house because Dr. Saman hired him to do repairs and a garage conversion, but it’s not clear if he also performed the remodeling that allegedly upset the jinn.

The prosecution told the court that Khan was its prime murder suspect because CCTV footage showed him the day before visiting the home, a search of his own home found a bag containing items of gold jewelry belonging to Dr Saman, and his cell phone contained searches for “what is dna” and “can we get dna from burn bodys for investigations.” The defense case rests on a different video from the jail cell where Khan was held after his arrest which showed him appear to be thrown across the cell and onto as bed – actions he said were caused by ‘Robert’ controlling his body in the same way he must have controlled him to murder the women. Unfortunately, ‘Robert’ appear to have fled his body – no word on if the police have issued a warrant.

Did a jinn named ‘Robert’ actually possess Shahbaz Khan and force him to commit murder, theft and arson? There are those who believe in jinn or djinn who would say that is entirely possible and the video of him in his cell is proof. Will that defense hold up in court? While cases like this have been won by the side of the possessed in parts of Africa, this is England and Khan doesn’t appear to have a powerful enough lawyer or connections in the royal family. Could the jinn be brought in to testify? While psychic and medium-provided testimonies with spirits have been presented in U.S. courts, they don’t seem to help. Could an exorcist contact ‘Robert’ or Rita (what happened to her during all this anyway?) and demonstrate their power? Good luck with that. Is Shahbaz Khan destined for prison or a mental institution? One of those is highly likely.

Did a jinn get away with murder in Burnley? Perhaps a psychic could contact Flip Wilson for a comment.

Strange Tales of Disaster and the Mothman in Japan