The Mysterious Hauntings of the Cursed Pocahontas Parkway in Virginia

How many times does it have to be said to not build things over Native American burial grounds? Pocahontas Parkway or also known as Virginia State Highway 895, which was opened in 2002, was originally meant to be a shortcut over the James River, in Henrico County, Virginia, serving as a grand highway that would connect Interstate 95 to Chippenham Parkway 150 and Interstate 295, which lead to the Richmond International Airport. It seemed like a good idea at the time, as the highway would allow drivers to directly access the Richmond International Airport without having to drive through the Richmond area, yet there would be all kinds of obstacles and weird coincidences involved from its very construction. Even before the first digging commenced there had been some curious findings. It was discovered by an investigation by archaeologists from The College of William and Mary that the proposed road went right through ancient artefacts, Native villages, and burial grounds that were well over 6000 years old and belonged to the local Powhatan and Arrohatak tribes, but there were no organized protests against the construction, and so it proceeded as scheduled, more or less over an actual Indian burial ground. If you’ve ever watched any horror movies, you might realize this as being a bad idea.

As soon as construction began there were signs that the whole thing had a dark cloud hanging over it. At least two construction workers would die and there were reported numerous freak accidents and malfunctions that brought things to a halt on more than a few occasions. On top of this, various construction workers reported that they would on occasion see the apparition of a Native American warrior on a horse, who would vanish into thin air. After that, the whole project went over budget, facilitating the need to open a toll plaza to help recoup some of the losses, but this seemed to be an abject failure, as there just was simply not enough demand. An Australian company called Transurban bought out a 99-year lease of the toll road from the Virginia Department. Of Transportation in the hopes of trying to make a profit off the road, but this failed miserably, leaving it all operating at a loss. This just might have been due at least in part to the stories that the road was actually haunted.

One of the first reports of ghostly phenomena from a driver on the newly opened parkway was a truck driver who passed through and allegedly saw three Native American men in the middle of the highway holding torches and dressed like stereotypical warriors in beech pants and headdresses. The witness at first thought they were Native American protestors, but when he reported the incident to toll operators, he was informed that there had been no such protests, and not only that, when the area he had described was investigated there could be found no one. After this, the reports of similar phenomena would begin in earnest, from both drivers, tollbooth operators, law enforcement personnel, and locals living in the area alike.

The list of weird stuff going on in the wake of the parkway’s opening is long. Virginia State Troopers would often tell of seeing misty figures of what appeared to be Native American Warriors lurking about the road, only to vanish when approached. Troopers were also often called to calls of strange phenomena in the area, including apparitions of Native Americans and whoops, drumbeats, screams, shouts, cries, and the eerie chanting of seemingly dozens of voices in the night, but every time law enforcement arrived on the scene there was nothing there. Some drivers were even talking about ghostly Native American warriors walking around right in the middle of the road. Virginia State police spokeswoman Corinne Geller would investigate and say of her experiences at this spooky place:

Three separate times during our watch, I heard high-pitched howls and screams. Not the kind of screams of a person in trouble, but whooping. There was at least a dozen to 15 voices. We heard drums and whooping pretty frequently – intermittent and off in the distance. I would say every hair on my body was standing up when we heard those noises. We spent a good part of the evening wandering around – and whenever we would leave an area, we’d hear it again. I know what a bunch of hunting dogs sound like, and it doesn't sound anything like that. 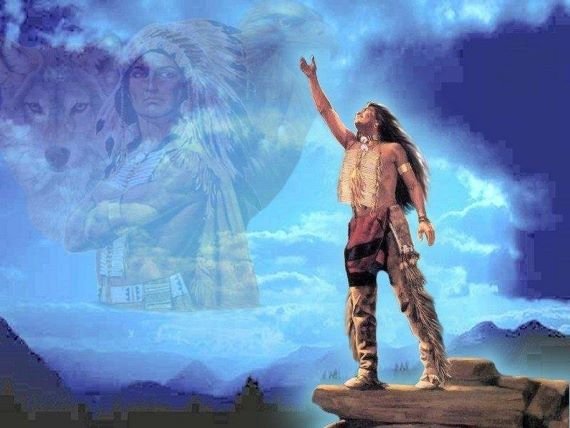 Toll booth operators were also apparently constantly harassed by ghostly forces, with objects moving or flying off of shelves, and loud banging heard from the maintenance sheds, as well as dark figures running about back and forth on the loading dock. Most of the apparitions were described as “a legless, fully-formed torso with an indistinct head.” Some toll employees were so unsettled by these freaky occurrences that they quit soon after. Considering that ghostly tales from the parkway were starting to heavily make the rounds in the news at the time, it is perhaps no surprise that paranormal investigators began pouring in to take a look. One pretty bizarre encounter reported by one of these investigators happened when he apparently tried to have a sort of séance at the site in the Algonquian language, and he says of what happened:

The first few words had barely left my mouth when I heard a popping, hissing sound and was startled to see what appeared to be a bolt of horizontal lightning slowly coming toward me, at a height of about six feet above the ground. It hit the mound in front of me and a giant crack opened up. Out of the crack appeared the faces of foxes, coyotes, and beaver. The most outstanding of all was the Spirit of the Great White Wolf, who supposedly watches over all that are buried there. 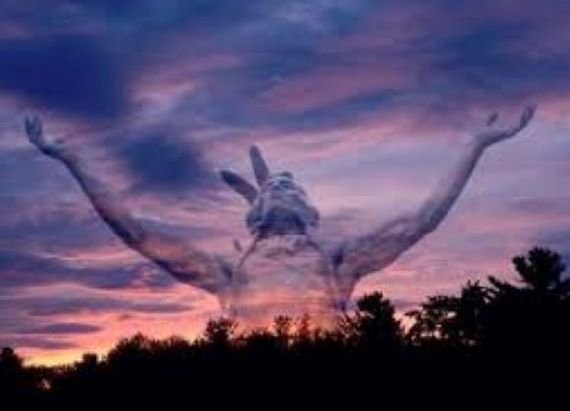 In addition to all of this are other reports of ghost cars prowling the road here. There have been some toll operators who claim that a spectral vehicle will come tearing through only to vanish right as it was seemingly about to make impact with the toll gate. Newspaper reporter Chris Dovi, a reporter who covered the incidents for the Richmond Times-Dispatch, would say of the phantom car:

I talked to a bunch of the plaza ladies, [who said] they would hear a car coming, and would sense a car. The car would pass through the toll booth and would even displace air – but there would be no car. One night, a trooper was standing near the toll plaza and sensed, but never saw, an approaching car as well. He jumped out of the road. He was afraid he would get hit.

What is going on with this place? Is there something paranormal happening here or has everyone lost their damn minds? Is this just some publicity stunt to draw more attention to the area? Or is it something else? In the meantime, this is probably the most haunted toll road you will ever see, so if you are ever in the area, give it a visit and let us know if you see anything unusual.

Time Travel and the World of Entertainment