The Mysterious Vanishing and Ghostly Rescue of Nick Skubish

On June 6, 1994, Christene Skubish and her three-year-old son Nick left her parents’ home near Sacramento, California on their way to Carson City, Nevada, where she had a lot of dreams she hoped to achieve. Christene had recently earned her paralegal certification and was hoping to settle down into a new life with her son’s father, so when they headed out on the road it was with great hope for the future, yet things were about to go down a very dark and mysterious path. The trip took them through the wilderness along Highway 50 through the Sierra Nevada Mountain Range, and at some point in the remote mountains they seem to have vanished without a trace. They never would arrive at their destination, and their story would spawn a strange unsolved mystery involving talk of ghosts and guardian angels.

When Christene and Nick failed to arrive, worried friends and family contacted authorities but they were unable to turn up any trace of the two or their car despite extensive searches of the area. In the meantime, a woman named Deborah Hoyt woke up with a start in the early morning hours of June 10, overcome with an incredibly strong, irresistible urge to leave her husband’s parent’s house in Sacramento, where they were staying at the time, and head back to their home in South Lake Tahoe. She would later claim that she had no idea why she had this powerful compulsion, but it was strong enough that she managed to convince her husband that they had to go, and so they headed off in their car along Highway 50, the same road where Christene and her son had disappeared. At the time the Hoyts had no idea that the vanishing had even happened, all they knew was that Deborah was in a panic and overwhelmed by the urge to keep driving, later saying, “I just felt like there was something pulling me up the mountain.” 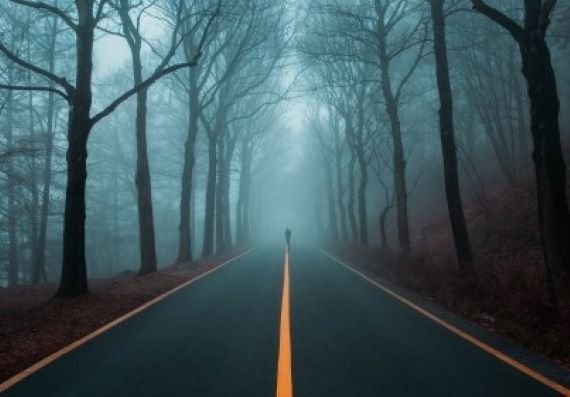 As they drove along the winding road through the murky night at a section of Highway 50 known as Bullion Bend, near Placerville, the two of them were startled to come around a bend and see there illuminated in their headlights what looked to be a naked woman lying on her side in the middle of the road. The woman looked very pale and very dead, so the startled couple made their way to the nearest pay phone and called police. Before long, Sheriff’s deputy Rich Strasser was on the scene, but riding back and forth along the same stretch of road showed no sign of the woman the Hoyts had described. However, Deborah Hoyt was so convinced of what they had seen that she implored Strasser to go back in the morning to check it out.

He went back to that stretch of road in the morning and once again he could find no sign of anything amiss, but then something caught his attention. He saw something lying at the side of the road, and a closer inspection showed that it was a child’s shoe. Just beyond this eerie lone shoe was a steep embankment, and when Strasser looked down into the ravine below he was shocked to see a car down there that fit the description of the vehicle the missing Christene and Nick Skubish had been in when they had vanished. When the twisted wreckage of the car was examined, Christene was found dead, still strapped into her seatbelt and thought to have died instantly after the car had plunged 40 feet straight down. Nick was also found in the car, curled up into a fetal position and also assumed to be dead, so it was with great surprise that he was found to still be alive. For some reason the boy was naked, his clothes folded up in the backseat of the car, despite the fact that nighttime temperatures had been very low. He would be rushed to the hospital, and despite suffering from severe dehydration and hypothermia, he managed to survive the ordeal of the crash and being stranded out in the woods for a full five days. It was not clear why he had removed his clothes or how he had managed to survive the initial plunge down the cliff or the elements. He was very lucky, because doctors would later determine that if he had not been rescued at that time, he would have likely died within a few hours. 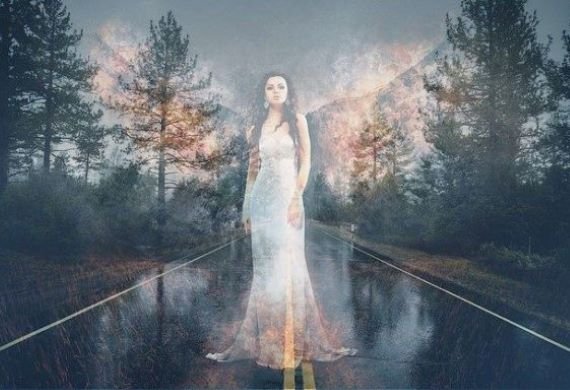 As soon as the boy was lucid, he began to tell authorities of how he had exited the car and climbed up and down the embankment, likely explaining why the shoe had been there. He would also tell of seeing a bright light floating about with a silhouette in it during his time cowering in the vehicle, which he called an "angel," and that he had also seen his mom walking around outside, despite the fact that she was killed instantly and still locked into her seatbelt. In the meantime, there was still no clue as to who the naked woman Deborah Hoyt had seen could be, and she became convinced that it was actually the ghost of the mother who had flagged her down to the area so that Nick could be found, perhaps even leaving the shoe there to be found, and not only that, but had somehow been the one to instill the urgency within her to take that drive in the first place. This paranormal angle would only be bolstered by the eerie fact that Christene’s mother would also later claim that she had had also had strange and inexplicable visions of her daughter calling out to her and drawing her to that road in the days she had been missing. Deputy Strasser agrees that something unexplainable and miraculous happened, and has said of this:

I absolutely think something special happened here. I think it is a miracle. It’s a whole series of events that I can’t explain. I’ve often thought about it. I just don’t have the answers.

Skeptics have since pointed out that Deborah had seen either Christene alive or her son Nick on one of his forays up the embankment. However, Christene had died instantly, was fully clothed, and was still in her seatbelt, and Deborah Hoyt insists to this day that she saw a woman and not a child. What happened here and who was the naked woman on the road that was seen? What is the meaning of Deborah Hoyt's vision? What were the mysterious forces that seemed to be orbiting this young boy and how did he survive? Was his rescue just mere coincidence or was there something more to it, perhaps ghostly forces reaching into our reality to make sure he was saved? It is all a mysterious and seemingly rather miraculous case that evades any clear answers.

From the Men in Black to King Kong and Onward to Hollywood: The Connection?