The Mysterious Vanishing of Jennifer Kesse

Jennifer Joyce Kesse seemed to have everything going for her. In January of 2006 she had just purchased a condo in Orlando, Florida, and was working as a finance manager at Central Florida Investments Timeshare Company in Ocoee making good money. She also had a long-distance love with boyfriend Rob Allen, who lived around 3 hours away in Ft. Lauderdale, but with whom she was very serious, finding time to see him every weekend. She was successful, attractive, in love, and well-liked by everyone who knew her, so it seemed that her life was going pretty well, but there was a dark road ahead of her, which would lead into a deeply strange vanishing that remains totally unsolved.

In January of 2006, Jennifer took a trip with Allen to St. Croix, a Caribbean Island in the Virgin Islands chain for a romantic getaway. They returned on January 22, after which she spent the night at his house and headed off to work on the morning of January 23. She was in very good spirits at the time, having thoroughly enjoyed her vacation and telling her mother that she “was on a cloud.” That evening she would come home from work and talk to her boyfriend on the phone for a time before heading to bed, and this seems to be the last time anyone ever spoke to her. The next day, on Tuesday, January 24, she did not show up for work, and Allen did not hear anything from her, which was unusual as she was always texting him.  Jennifer’s co-workers would tell her parents that she had not come to work, after which they decided to go to her condo and check up on her.

The residence seemed to all be in rather perfect order, with nothing out of place, no signs of anything amiss. Everything looked normal, with her make-up laid out on a counter and a t-shirt on the floor, and even the shower was still wet, showing that she had left that morning. The only things missing were her car, purse, keys, and cell phone, and by all appearances it seemed as if she had stepped out for work as usual, so why hadn’t anyone heard from her and why hadn’t she shown up to work? It was all very odd, and police were notified, but they at first assumed that she had merely run off on her own and did not think that there was any solid evidence that something was amiss.

After another day had passed with still no sign of her, Jennifer Kesse was listed as officially missing, and the following day her abandoned car was located in the parking lot of the Huntington on the Green apartment complex at Americana and Texas, less than a mile from her residence, where residents claimed it had been parked there for several days. The car was in pristine condition, with no sign of a struggle or violence and nothing out of place, with the radio and expensive DVD player she had installed still there. It was as if she had just parked it there and walked off the face of the earth. Police questioned residents at the apartment complex, but could find no one who remembered seeing anything out of the ordinary or even seeing Jennifer arrive there at all. Investigators went about focusing their efforts on the complex, poring through video surveillance footage, and that was when they hit a potential lead, when they found footage that showed an unidentified person, approximately 5'3 to 5'5, tall, parking Kesse's car, sitting in the car for about 30 seconds, and then getting out and walking away. Rather frustratingly, the mysterious stranger’s face was obstructed by a combination of poor camera quality and a fence post in the video. There were intense efforts to enhance the footage, even enlisting the help of NASA, but the person could not be identified.

In light of the mysterious surveillance footage, Jennifer’s car was thoroughly searched and analyzed for any trace of physical evidence of the phantom person from the tape, but only a latent print and an impression of a work boot could be turned up, with no further prints or DNA evidence that could be found, leading authorities to deduce that the vehicle had been thoroughly wiped down. In the meantime, her bank account remained untouched and police were unable to successfully ping her cell phone. She had seemingly simply evaporated into thin air. Questioning family, acquaintances, and her boyfriend didn’t turn up much, but it was uncovered that Jennifer had been complaining of being harassed by construction workers near her condo in the days leading up to her mysterious disappearance. She had complained of inappropriate remarks and catcalls from them, and it was also found that she had been approached by a manager where she worked, who she had turned away, but questioning of these potential suspects turned up no evidence of wrongdoing. 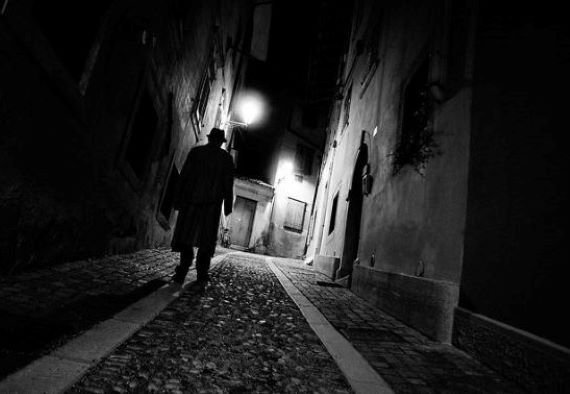 There would be other ominous clues, such as witnesses saying that they had seen the missing woman’s car driving erratically or that there had been strange men lurking about her condo before her disappearance, but none of this has led anywhere. The main theory at the moment is that she was abducted, possibly by human traffickers. Detective Joel Wright, who was a lead investigator on the case, has said of this:

I believe Jennifer got ready for work. She showered, got dressed. Went outside of her condo – locked the door on the way out. And made it as far as her car. After that, I believe she was abducted.

Wright would uncover a new lead in the case when he learned from another resident at the condo that the man on the surveillance footage resembled a man she knew from the complex, a former maintenance worker there known simply as Chino, who had also just happened to have done some repairs in Jennifer's condo one week before she disappeared. This man was interviewed, and at the time he was in prison doing charges for statutory rape, but he adamantly denied having had anything to do with the disappearance of Jennifer Kesse, and further passed a polygraph test, so along with the poor quality footage, he was never pursued as a suspect. In 2016, Jennifer would be officially pronounced dead, but her family fought this, and in the meantime fought the State of Florida for access to the case files, finally in in March of 2019 receiving more than 16,000 pages of documents and 67 hours of video and audiotape, but this has not led to any breakthroughs.

The family has continued to pursue the case through private investigators, who have turned up some potential new clues. One PI named Michael Torretta found evidence that a witness had seen an unidentified person dumping a rolled-up piece of carpet into a lake not far from where Jennifer lived, but when divers were brought in to search, they could find nothing of interest, another dead end. The Kesses have continued to doggedly search for new clues and have a Facebook page and GoFundMe page dedicated to finding answers, even as the police have distanced themselves from it all. Even as they continue to search for her, Jennifer Kesse's story is a complete mystery, and it remains to be seen what becomes of this all.

UFO Whistleblowers: When Secrets are Revealed