The Strange and Very Haunted Pachaug State Forest of Connecticut

Some places in this world seem to be cursed in a sense. For whatever reasons they have served as receptacles for various weird and paranormal phenomena, managing to lurk off in the periphery gathering local lore over the years. There is typically no discernable reason for why these places should serve to be such magnets of the weird, but there they are, causing all manner of tales of the paranormal to gravitate towards them. Some of the spookiest of these are the various dark and twisted haunted forests of the world, and one intriguing examples sits out in the U.S. state of Connecticut.

Sprawled out over 27,000 acres of land along the Rhode Island border of the U.S. state of Connecticut is Pachaug State Forest, coming from the Native American name for “bend in the river.” Connecticut’s largest state forest, the area of Pachaug has a long and often tumultuous history. This place was long inhabited by the Native Narragansett, Mohegan, and Pequot tribes, who were steadily and forcefully, often violently, pushed out by white settlers in the 1700s through a campaign of war, these settlers then establishing a settlement along the Pachaug River called Voluntown. The town was initially established on land granted to veterans of the Indian Wars, originally called Volunteer Town, but these people got a bad deal out of it. The land was found to be nearly useless for agriculture, being too stony, sandy and hilly, and a report in the 1700s by the Connecticut General Court deemed the land to be unsuitable for settlement. The people here seemed to have gotten scammed. Nevertheless, many people stayed and tried their best to eke out a living here, building mills along the river but mostly struggling to survive. To them it was an accursed land, which is reflected in some of the ominous and spooky place names they assigned here, such as Bare Hill, Mount Misery, Stone Hill, and Hell Hollow.

A combination of the harsh living conditions and the advent of new technology that was making the mills obsolete caused more and more people to move away, until by the time of the Great Depression Voluntown was largely an abandoned, derelict, and feral place of overgrown ruins. The Pachaug State Forest was then established on this land that no one wanted, and during the Great Depression in the 1930s it only grew due to the government buying up all of this cheap land, and it is indeed for this reason why the Pachaug State Forest is so incredibly massive. Only a very few settlers had remained on the land at this point, barely able to make ends meet but with nowhere else to go, and it is perhaps partly due to this depressing and violent history that the forest has so many ghost tales and claims of hauntings.

One of the most popular local ghost stories concerning the forest is that of a young woman named Maude, who once lived here when there was still a Voluntown. She was apparently accused of being a witch and executed, after which it became popular for people to vandalize and defile her grave, something she doesn’t seem to have liked too much. The story goes that she would appear to aggressively chase people away from the gravesite, and that anyone who vandalized the grave would be cursed by the witch’s ghost, with the victim either going insane or dying under unusual circumstances. This particular story is probably pure myth, as it has been found by historians that the real Maude was likely just a 2-year-old girl named Maude Reynolds, who lived on a farm on Hell Hollow Road in the 1800s and died from complications due to diphtheria. She was rather eerily buried at the top of a small rise near the farmhouse rather than in the family grave. The gravestone, which was a 5-foot-tall stone cross was in later years relentlessly stolen, perhaps by those who believed the witch stories, and eventually the grave would be marked by a mere pile of stones.

Interestingly, whether a witch or a little girl, there have been plenty of stories of paranormal activity at the grave site nevertheless, and the disembodied cries of a young girl have been reported from here, as well as numerous reports of orbs, cold spots, and mists. It also seems that whatever is here does not like people in the vicinity, which is called Maude’s Grave to this day and lies near the remnants of the stone foundations of the farm, and the entity is said to be fond of throwing stones at trespassers. Rather weirdly, there is apparently another grave some distance away in a part of the forest ominously called Hell Hollow, this one with a broken headstone that also rather eerily says “Maude” and which is also said to be haunted. The story goes that there were two Maudes, one being the witch and one being the little girl, and that both graves are equally haunted. 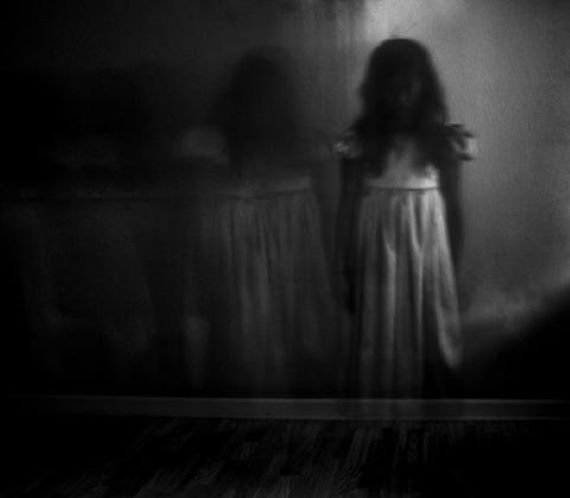 These are not the only ghosts said to lurk around at Pachaug State Forest by a long shot. Another ghost is said to be that of an Indian girl who was brutally murdered by white settlers in the late 1600s. Ever since then, her tormented ghost has allegedly prowled an area of the forest called Hell Hollow, known for her spooky howling and shrieking in anguish. The area is now fairly remote, but there have been plenty of reports from hunters who have claimed to have heard the otherworldly screams and screeches. One hunter by the name of Henry Tabor has said of his experience with the sounds:

You hear these like screaming noises. You hear a lot of certain noises like that, that aren’t typical. It gets you nervous in the woods. When you hear that piercing scream come out of the woods, no one cares what anyone might think. Your hair stands up on the back of your neck and you are out of there!

Another ghost in the forest is supposedly that of an 18th century soldier from the Indian wars of the era, who patrols a section of Breakneck Hill Road with a long musket over his right shoulder. According to author David Trifilo, who wrote the booklet The Hauntings of Pachaug Forest, this solitary spectral soldier has long been seen in the area since as far back as 1742, and always seems to follow the same pattern of marching back and forth on a specific section, as if he is still doing his guard duty and doesn’t even know he’s dead. Motorists have frequently reported being startled by the appearance of what has come to be known as the Breakneck Hill Guard, with some of them claiming to have driven right through him. Even Trifilo himself has seen the ghost while driving through, slamming on his breaks to avoid an impact only to see him vanish into thin air. He has said of this spook encounter:

I could not bring myself to tell anyone about what I had seen for many weeks. I thought everyone would think I was crazy or something, but he’s there as sure as the sun rises in the morning, that guard is still doing his job at that bend in Breakneck Hill Road. 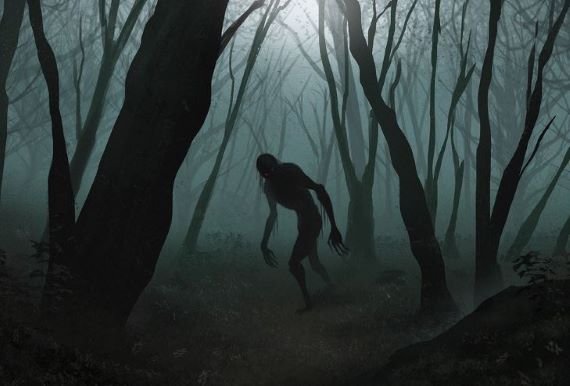 Yet another entity is a dark, misty black shape that has the unsettling habit of following hikers around, often appearing as a mist around 15 feet long, which will move about on its own accord and come rushing at people only to vanish. Even the long-abandoned ruins of the houses scattered about here seem to hold some spiritual essence to them. One account on Only In Your State gives a look into such weirdness, with a witness who went there with his friends Chris and Priscilla and a group of others to investigate one of the old ruins, and says:

Armed with coffee and brownies we eventually rendezvoused with the group in front of Ekonk Cemetery, and walked down the street a little then down a path leading to the ruins, rocks, where a house had been. But before that Priscilla sensed something off to the side and, driven, headed that way and I followed. Only a short way in, she’d felt the ‘unpleasantness’ and turned it over to me. I felt that a teenage girl had been chased, caught, raped and killed there. I couldn’t identify with the attack but felt empathy for her, enough that she was able to move on, seeking further healing up there.

The house had some residual energies, mostly pleasant, one energy I couldn’t identify and Priscilla helped, naming it as ‘wanting to hide away’, a feeling somewhat close to me, now named, I was able to process it until gone. The cemetery next, the guys directed me to the far left corner, so I started there, some residual energies, no ghosts, cleared that. There was a lot going on there, so I was soon hitting the brownies, seeking energy for myself, on top of what I could pull down from above. Nothing special, just ghosts and energy. Missi found some snake skins which she gave to her daughter, I was a little fascinated, didn’t hear the guys calling me, they were in the right front corner, standing either side of ‘something’, goosebumps on Missi’s husband’s right arm, Chris reporting sensations on his left arm. I took one step in and stopped, smiled, stepped out, told them this felt like an elevator, and it had been activated by all the ghost work. You know people talk about ‘going to the light’, well there are lights all over the place, left on for ghosts who lack the energy to rise up all the way, all they have to do is enter the lit-up area and it pulls them up there. So I stepped back in, just for fun, plenty of energy there, fueled from above.

What is going on with this place? Why should it attract to it such a large amount of baffling strange phenomena? It could be the vicious and turbulent past, perhaps mixed with something about the land itself, or it could just be urban legends sprouting up around an undeniably creepy place, but it is hard to say. All that can be said for sure is that the Pachaug State Forest and its ruins from another time have reportedly been magnets for the weird and unexplained, and it continues to lurk out there on the murky periphery collecting strange stories up to this day.

On the Road: A Look at the Mysterious Black Cars the M.I.B. Drive