The Peoria State Hospital, in Bartonville, Illinois, near the city of Peoria in Peoria County, began its life as the rather ominous-sounding Illinois Asylum for the Incurable Insane. It opened its doors in 1902 under the direction of a Dr. George Zeller, who was considered to be a groundbreaking pioneer in mental health, and it was sprawled out over 33 buildings laid out in a traditional cottage plan, including patient and caretaker housing, a store, a power station, a hospital and tuberculosis ward, and a communal utility building. The expansive asylum would later change its name to the more pleasant Peoria State Hospital in 1909, and at its peak in the 1950s it would house around 2,800 patients, including the insane, deaf, mute, and others who could not function well in society, most of which spent their whole lives here to be buried in the facility's cemetery upon death. Of course, when talking about old insane asylums and people dying there, ghost stories often pop up, and Peoria State Hospital is no different, indeed being considered one of the most haunted places in the state.

Despite the image one may have of the insane asylums of the era being deplorable hellholes where patients wallowed in filthy cesspools and were tortured and subjected to lobotomies, Peoria State Hospital was actually a pretty nice place to be. The facilities were clean, the patients were well cared for and treated in a humane fashion, and Dr. Zeller was famous for his radical ideas on therapeutic care, eschewing straightjackets and drug treatments and giving patients much more free reign of the place than other comparable institutions at the time. Indeed, living conditions and successful rehabilitation here were among the best in the country, causing the facility to bloom to 63 buildings over its lifetime. Yet despite this success, the asylum was just too expensive to run, suffering budget cuts and shortage of staff that led to some patient deaths and caused Peoria State Hospital to wither away until it was shuttered in 1973. The level of care given to the patients here and quality of life may make it seem curious that this place should be haunted. After all, the common notion is that ghosts stick around to places they are tethered to by pain, suffering, or anguish, yet even before Peoria State Hospital closed there were tales of the paranormal, and one of these revolves around a patient they called “Old Book.”

He came to Peoria in 1908, but no one really knew anything about him and he couldn’t say much about himself because he was mute and unable to write. The only thing that was known was that he had previously worked at a printing house, earning him the nickname Bookbinder, which became Old Book. Despite the fact that he couldn’t talk, Old Book quickly won over those around him with his friendly demeanor and charm, making him very popular among both other patients and caretakers alike. He ended up getting a job at the asylum as a gravedigger in the cemetery there, although this seems to have taken its toll on him. It was said that whenever funeral services would end and the body was put into the ground, Old Book would lean against an old elm tree and wail and sob with great anguish, mourning the dead. Despite this, he diligently continued digging graves all the way up to his own death in 1910. 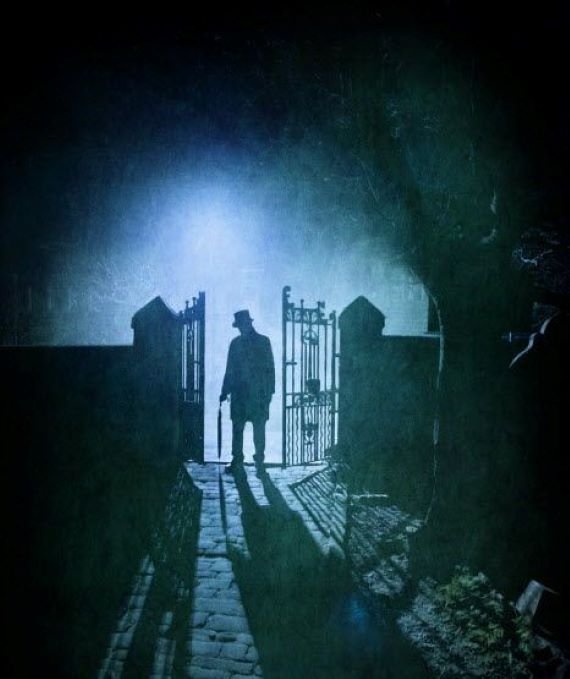 Old Book’s death shook the entire asylum. He was so well-liked that the entire facility was in shock, and when his funeral came to pass there were reportedly over 300 in attendance, including patients, staff, and even Zeller himself. Yet when things got under way it all got strange very fast when the normally heavy casket the men were hoisting down into the grave suddenly became light, as if it were empty, causing quite a lot of gasps of astonishment and chatter in the crowd, and at that moment everyone present could hear wailing and moaning coming from the direction of the tree. Zeller would write of what happened next in his own memoir Befriending The Bereft as follows:

In the midst of the commotion, a wailing voice was heard and every eye turned toward the Graveyard Elm whence it emanated. Every man and woman stood transfixed, for there, just as had always been the case, stood Old Book, weeping and moaning with an earnestness that outrivaled anything he had ever shown before. It was awful, but it was real. I saw it; 100 nurses saw it and 300 spectators saw it.

The crying, wailing spirit of Old Book then evaporated into thin air, upon which the casket became heavy once again. When it was opened, Old Book’s body was found to be there just as it had been placed. The weirdness did not even stop there. After Old Book was finally buried, the elm tree rapidly withered away and died for no discernible reason, but efforts to remove it were thwarted by various paranormal phenomena. It is said that when someone tried to chop it down they could hear crying every time the axe struck, as if it were feeling pain, and when they tried to burn it down they were menaced by a shadow figure in the smoke before the flames mysteriously went out on their own. It was allegedly not until a bolt of lightning hit the tree that it was finally able to be removed. After that the apparition of Old Book has allegedly been seen in the vicinity of where the tree once stood, often crying and seeming to be looking for his long lost beloved tree, and he is often seen by his gravesite as well. It is not known how much any of the story of Old Book’s ghost is true, but the fact that the prominent and respected Dr. Zeller wrote of it himself seems to give it a bit of weight. 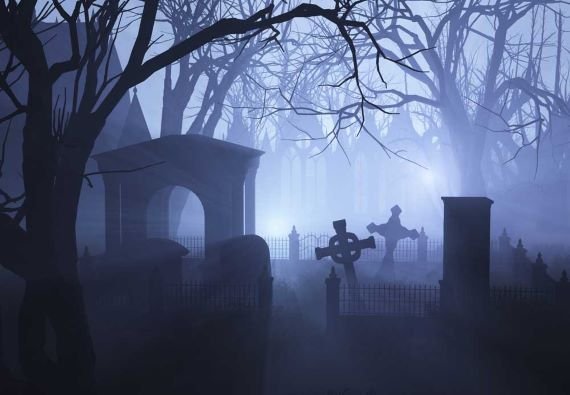 There have been other hauntings over the years at Peoria State Hospital as well, including shadow figures, the apparitions of previous patients or staff ambling about, roving cold spots, moving objects, and disembodied footsteps or voices, and various other paranormal phenomena. Some people have reported being poked or nudged, followed by an unseen presence, or even had their hand held by an invisible force. The tuberculosis ward also has a lot of activity, with coughing often heard when no one is there, and is said to be one of the most haunted of the 12 buildings that still remain. Author and researcher Sylvia Shults, who has written a whole book on Peoria State Hospital titled Fractured Spirits, believes that the ghosts stay here because this was the only home they ever knew and were happy here, and she has said of the hauntings here:

The reason it’s haunted is because the vast majority of the time, the patients got good care. Since the patients lived their entire lives there, they stayed after death. The hospital is haunted to the rafters and it has to do with the quality of care the patients got for 69 years. When people come to explore the place, they can have a haunting of all their senses. People have seen full-body apparitions, have seen people walk through walls, heard bangs and footsteps, been pushed and touched. In the hallways sometimes you can smell pine, which was used in cough medicine. Some of the patients had tuberculosis and when they coughed, the lesions would rapture and they would cough up blood. Paranormal investigators have tasted blood when they visited the hospital. Whether or not you believe is entirely up to you. I’ve had so many experiences and so many people tell me their experiences that I believe there’s something after death.

The remaining buildings still stand today and have been listed as a historic district on the National Register of Historic Places, and it has been a popular destination for paranormal investigators, even appearing on the hit paranormal TV show Ghost Hunters. Why do these spirits congregate here, if any? Is this just a spooky place that has managed to attract weird stories to it, or are there mysterious forces gravitating towards it? It certainly is an interesting twist on the haunted insane asylum trope, that maybe these spirits actually want to stay here, and it is all a rather odd historical oddity and very mysterious place.

Thought-Forms Dressed in Black: The M.I.B. Aren’t What Many Think They Are