The Strange Mystery of the Hessdalen Lights of Norway

Located out in a small valley in the central part of Norway, in the municipality of Holtålen in Trøndelag county, is the scenic valley of Hessdalen. Surrounded by scenic mountains, it is an isolated, sparsely populated area, the largest settlement being the tiny village of the same name, which has a population of just 150 people. Not much typically goes on here, and the people live a quiet, peaceful life among the picturesque scenery away from the bustle of city life, but beginning in 1981 their serene lives would be interrupted by a spate of sightings of mysterious lights in the sky that have remained unexplained.

Although strange lights had been sporadically seen in the valley since the 1940s, the activity of the phenomenon now known as the Hessdalen lights really picked up and became known in 1981, when villagers in the valley were startled by a myriad of mysterious orbs of light in the sky that would regularly appear at various places throughout the valley both night and day. These lights could be anywhere from the size of a basketball to the size of a car, sometimes even much larger, and had a wide variety of characteristics and behaviors. They would usually be bright white, yellow or red, and depending on the report usually appearing below the horizon but sometimes above the mountains. They would alternately zip away at high speeds to vanish, slowly float about, hover in midair, speed up or slow down, away from side to side, or do aerial acrobatics. They would sometimes merely appear and disappear in a flash, while others were observed floating and zipping about for up to 2 hours, with larger orbs frequently seen to spew out smaller orbs. On occasion, the orbs were said to hover over water or approach or shy away from observers when approached, demonstrating what seemed to be intelligent control, and in some daytime sightings the objects were described as looking metallic. Whatever they were, they were sighted very frequently, in their peak being seen 15 to 20 times a week, frightening locals in the process. One article in the online science journal Frontiers in Earth Science has described the lights in detail:

In spite of their irregular occurrence—i.e., 15 to 20 times per week from 1981 to 1984 and 10 to 20 times per year nowadays— the Hessdalen lights (HL) have been consistently observed and possess a series of recurring features: (1) they have the appearance of a free-floating light ball with dimensions ranging from decimeters up to 30 m. (2) they are characterized by geometric structures that are often accompanied by small, short-duration pulsating “spikes” in the high frequency and very low frequency radio ranges, (3) they show an absolute luminosity that has been estimated to be 19 kW, and (4) they have a time duration ranging from seconds to hours. HL are also characterized by the formation of light ball clusters and the ejection of mini light balls. They may also show very high velocities. Furthermore, HL are thunderstorm-independent events, as opposed to other rare and poorly understood transient luminous phenomena occurring in the atmosphere (i.e., ball lightings, blue jets, red sprites and terrestrial gamma-ray flashes).

The Hessdalen lights quickly became big news, drawing in droves of all manner of curiosity seekers and UFO researchers, as well as mainstream scientists eager to get to the bottom of the mystery. In the summer of 1983, an ongoing scientific field investigation was launched to study the lights, and by the conclusion of their 1-year investigation there were 53 light observations made. More scientific investigations have been carried out as well, including one in 1985, and another from 1997–1998 which managed to capture footage of the lights in a bizarre pyramid shape that bounced up and down. In 1998, an automated station was installed in the valley, called the Hessdalen Automatic Measurement Station (Hessdalen AMS) to monitor the lights year round, collecting reams of photos of the lights, as well as various readings on scientific equipment, and there have been various peer reviewed papers on the lights published in scientific journals. Indeed, the Hessdalen lights constitute one of the most well researched mysterious phenomenon there is. However, despite all of this study, no one can quite figure out what they actually are. 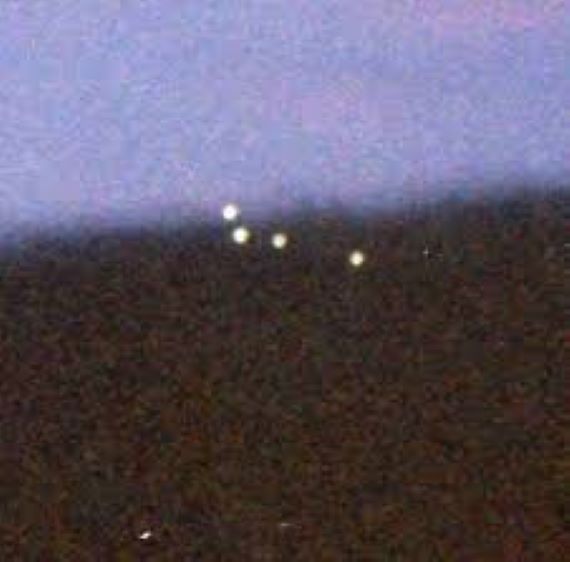 The number of theories as to what the lights might be is vast. One idea is that some sort of combustion is occurring involving hydrogen, oxygen and sodium, helped along by large deposits of scandium in the area. Another is that they are caused by piezoelectricity, which is an electrical charge that accumulates in certain materials including certain kinds of rock such as quartz, crystals, certain ceramics, and even some biological materials like bone. Considering that the valley has large deposits of crystal rocks, it is speculated that these may build up a charge that is released to form these balls of light. Other theories include plasma balls, ball lightning, meteorites, mirages, igniting gases, and even the idea that the valley itself acts as a sort of battery that generates a current, as well as many other numerous hypotheses and speculations. However, no single explanation can really account for all of the different characteristics reported with the lights. Of course, the lights have been claimed to be ghosts and alien UFOs as well, and UFO researchers have long held keen interest in this place. Yet, as much as this lonely valley has been studied, the secrets of its strange lights have remained evasive, and we still have no idea what they are, keeping them in the realm of mystery and speculation.

Reptilians, Shapeshifters and Madness: Conspiratorial Craziness That Never Goes Away