The Strange Mystery of the Scandinavian Ghost Rockets of 1946

There have been plenty of strange flaps of mysterious lights and luminous phenomena in the skies of our world. Such spates of sightings often come in a wave, only to just fade away leaving no explanations and plenty of awe and debate. One such case happened in Northern Europe in the region of Scandinavia back in 1946. During this one year period there would be thousands of sightings of something very odd going on up in the sky, which have never really been explained and have come to be known as the Ghost Rockets.

Beginning in 1946, mysterious objects in the sky began to appear frequently over a variety of Scandinavian countries, in particular Sweden and Finland. These objects were typically described as tubular or cigar or spindle-shaped objects, sometimes with visible wings and sometimes without, that typically streaked fast across the sky but also displayed all manner of erratic behavior. These objects were reported as speeding up or slowing down, doing aerial maneuvers, and even flying in formation, typically leaving no exhaust trail and almost always described as being completely silent, although a few reports described a hissing or rumbling sound. They were seen at all hours of the day and night, and were so bright they could even be seen in broad daylight. The first real recorded sighting of what would go on to be called “Ghost Rockets” was made in Finland on February 26, 1946, but soon the entire region would experience a surge of sightings of these things in the sky, with around 2,000 sightings reports made between May and December of that year alone, often with radar signatures to back them up.

At times, there were even reported crashes of Ghost Rockets, usually with the rockets coming down into large bodies of water such as lakes or the sea. There were quite a few such crashes that allegedly happened, and on more than one occasion Swedish authorities moved in to investigate, even sending divers in to look for evidence of any mysterious objects on the bottom. One of the most well-known of these investigations was carried out at Sweden’s Lake Kölmjärv, where on July 19, 1946 a gray, rocket-shaped object with wings reportedly came down after an earsplitting boom, to go skidding over the surface and sink. The Swedish Air Force quickly moved in and spent around 3 weeks scouring the bottom of the lake, but they would officially find nothing but a large patch of lake bottom that had been disturbed and looked like something very big had impacted there. No fragments or reason why this crater was there could be found, and one Swedish Air Force officer would state:

There are many indications that the Kölmjärv object disintegrated itself. The object was probably manufactured in a lightweight material, possibly a kind of magnesium alloy that would disintegrate easily, and not give indications on our instruments.

Several more military investigations were carried out at other similar crash sites, but on every occasion it was claimed that nothing was found. In the meantime, sightings of the Ghost Rockets were pouring in from all over Scandinavia, and although Sweden tried to keep a lid on it all, there were simply too many reports to keep it all a secret, with headlines around the world covering the strange phenomenon. When pressed for answers as to what was going on, Sweden projected a skeptical stance that anything truly unexplainable was happening, largely writing it off as a mixture of atmospheric phenomena, meteors, aircraft, and overactive imaginations. However, they did concede that not all of the reports of Ghost Rockets were so easy to dismiss, and in October of 1946 the Swedish Defense Staff would tell a press conference:

Most observations are vague and must be treated very skeptically. In some cases, however, clear, unambiguous observations have been made that cannot be explained as natural phenomena, Swedish aircraft, or imagination on the part of the observer. Echo, radar, and other equipment registered readings but gave no clue as to the nature of the objects. 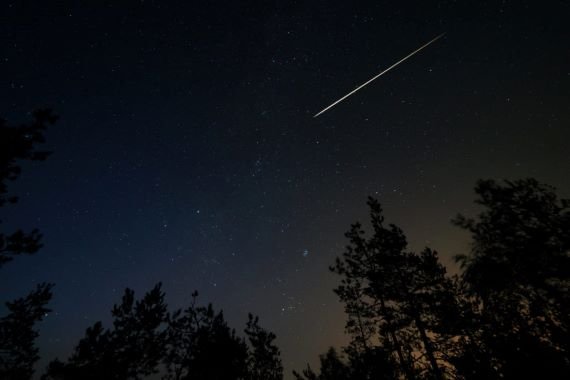 Most in the scientific community wrote it off as meteors, as several alleged fragments from the Ghost Rockets that had been examined turned out to be either pieces of meteorites or just plain old coke or slag, in other words, rocks. However, not everyone was so sure all of the phenomena could be attributed to meteorites, due to the fact that the objects often were seen doing acrobatics, flying horizontally, flying in formation, or accelerating and decelerating, none of which are things meteorites are known to do, and they also did not typically leave trails behind them.

The phenomenon also attracted the interest of the United States, and two U.S. experts on aerial warfare, a General Jimmy Doolittle and General David Sarnoff, went to Sweden in August of 1946, ostensibly on other unrelated business, but who also asked around to the Swedish military about the Ghost Rockets. In fact, they were given briefings on the phenomenon and able to interview many senior officers with the Swedish Air Force. The two generals went away convinced that the Ghost Rockets were a real thing and not a myth. When they brought their findings back to the United States, the Americans came to the conclusion that these were actual missiles being seen, likely top-secret V-1 or V-2 missiles being fired by the Germans from a rocket facility at the German seaside town of Peenemünde. Lt. Gen. Hoyt Vandenberg, who was the director of the Central Intelligence Group (CIG), would write a Top Secret memo to President Truman explaining this theory, saying:

The weight of evidence pointed to Peenemünde as origin of the missiles, that a US MA [military attaché] in Moscow had been told by a 'key Swedish Air Officer' that radar course-plotting had led to conclusion that Peenemünde was the launch site. CIG speculates that the missiles are extended-range developments of V-1 being aimed for the Gulf of Bothnia for test purposes and do not overfly Swedish territory specifically for intimidation; self-destruct by small demolition charge or burning. 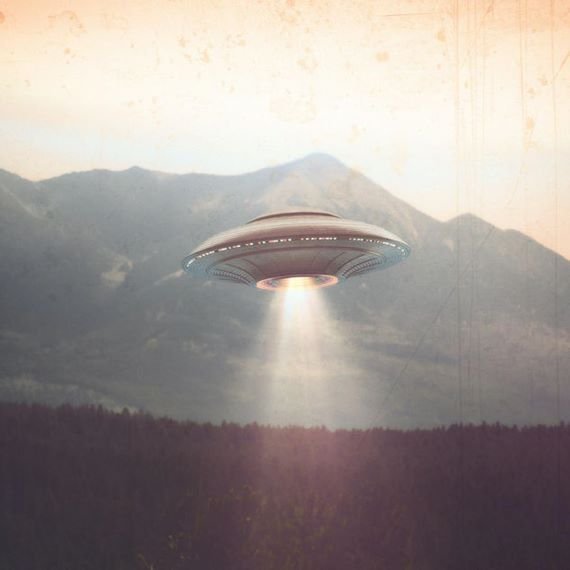 The problem with this is that not only had there been no reported launches of any sort of missile or rocket from Peenemünde at the time, but missiles don’t speed up and slow down or do the extreme aerial acrobatics seen with the Ghost Rockets any more than meteorites do. Despite the widespread belief that these Ghost Rockets must have been meteorites, rockets, or both, the U.S. government seemed to remain open to the idea that they could have been something more outlandish and mysterious. In a top secret document by USAFE (United States Air Force Europe) from 1948 that was declassified in 1997, the Swedish Ghost Rockets are mentioned, as is a supposed crash of one of them that left a crater at the bottom of the lake, and the document says:

They (UFOs) have been reported by so many sources and from such a variety of places that we are convinced that they cannot be disregarded and must be explained on some basis which is perhaps slightly beyond the scope of our present intelligence thinking. When officers of this Directorate recently visited the Swedish Air Intelligence Service, this question was put to the Swedes. Their answer was that some reliable and fully technically qualified people have reached the conclusion that 'these phenomena are obviously the result of a high technical skill which cannot be credited to any presently known culture on earth'. They are therefore assuming that these objects originate from some previously unknown or unidentified technology, possibly outside the earth. We are inclined not to discredit entirely this somewhat spectacular theory [extraterrestrial origins], meantime keeping an open mind on the subject.

The lights would disappear just as suddenly as they started, reports would dry up, and we would be left to wonder just what was going on here. To this day there has been no clear explanation for what caused the Ghost Rockets flap of 1946, despite much discussion and debate. Were these meteorites, rockets, some weird atmospheric phenomena, or all of the above? Or was it perhaps something altogether stranger and more otherworldly? Why did it all congregate in this region in 1946 and what is it that the governments involved might not be telling us? No one really knows, and the Scandinavian Ghost Rockets remain a curious unsolved mystery.

When Cryptozoology and Ufology Clash in the Strangest Ways