With the proliferation of nuclear weapons that began in the years after World War II, a growing need for being able to monitor the atomic capabilities of other nations began to become evident. One result born from this necessity had been the U.S.-operated Vela satellites, which were implemented to aid in detecting nuclear detonations in compliance with the 1963 Treaty Banning Nuclear Weapon Tests in the Atmosphere, in Outer Space and Under Water with the Soviet Union.

Beginning in 1959 with a modest budget, over the ensuing decades, the Vela program proved not only effective in monitoring compliance with the nuclear treaty but also boasted unique capabilities with regard to gathering data about natural phenomena, such as sources of space radiation. An improved version of the Vela program is still in use, known today as the Integrated Operational NuDet (Nuclear Detonation) Detection System (IONDS).

Armed with optical sensors designed for the detection of nuclear explosions, a quartet of Vela satellites monitor the Earth at all times, and along with their intended purpose, the spacecraft are capable of detecting other things occasionally as well. Beginning a number of decades ago, scientists noticed that the Vela satellites also detect other bright, energetic blasts that occur on Earth, such as very intense lightning flashes otherwise known as superbolts. Some of these superbolts register as much as 100 times more brilliant than normal lighting, although these intense electrical discharges are far less common, occurring only once in every two million lightning flashes.

Although they are rare, superbolt flashes actually last longer than the average lightning flash, clocking in at around just one-thousandth of a second. According to data obtained from the Vela satellites, there do appear to be global concentrations of superbolt lighting appearances in a few locations, particularly over parts of Japan and the northeastern Pacific in the winter months, generally coinciding with severe storm activity. 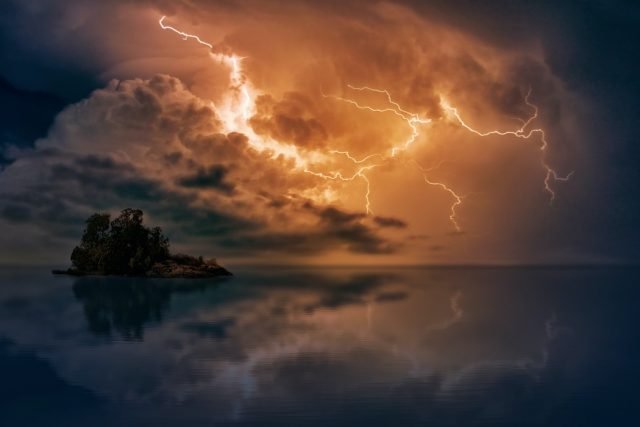 Following the detection of superbolt lighting events in the early 1970s by the Vela satellites, additional data was obtained beginning in the late 1990s with the aid of the Fast On-orbit Rapid Recording of Transient Events (FORTE) satellite. Within the first two years of its launch, FORTE had observed more than 600,000 optical events, including several hundred events that appeared to fall well outside the range of “normal” lighting and other luminous natural events.

Scientists recognized these phenomena as being consistent with the superbolts detected by Vela in the 1970s, and studies of their occurrence and duration found that events with peak energy greater than 100 gigawatts, according to the silicon photodiode detector onboard the FORTE satellite, were “associated with both positive and negative cloud-to-ground events and are globally ubiquitous,” upturning older theories that superbolt lightning only appeared to arise from negatively charged cloud regions.

In recent years, studies of superbolts have continued. In 2020, a pair of studies published in the Journal of Geophysical Research: Atmospheres determined that, based on years of collected data, superbolts are able to produce at least 100 gigawatts of power, with some producing more than three times this amount, and often as much as 1000 times brighter than normal lightning. That is to say, the most powerful superbolts produce power nearly on par with the total amount of power produced in the United States by all the solar panels and wind turbines currently in operation.

Although a number of advancements in our understanding of superbolts and their occurrences around the globe have been made over the last few decades, this unusual class of lightning remains among the most impressive—and potentially dangerous—varieties of natural electrical phenomena occurring in our world today, and certainly one of the most unique manifestations of lighting known to exist.