The Time-Travelling Buddhist Exorcists sounds like a great name for a band and it’s far too long to fit on a business card, but that’s the real job description of one Paul Devlin, an ordained Buddhist priest whose religious name is Nittyananda which means Eternal Bliss. Devlin claims on his website to have helped many people from all walks of life and he does not judge, so let’s adopt the same approach as we look at his latest adventure – time traveling in time to the 1980s and back via the London Tube … a trip Devlin claims he almost didn’t return from.

“I got off at London Victoria as I did every single week and turned left up the escalators.”

“As I walked out, I realized very quickly I am not in my time.” 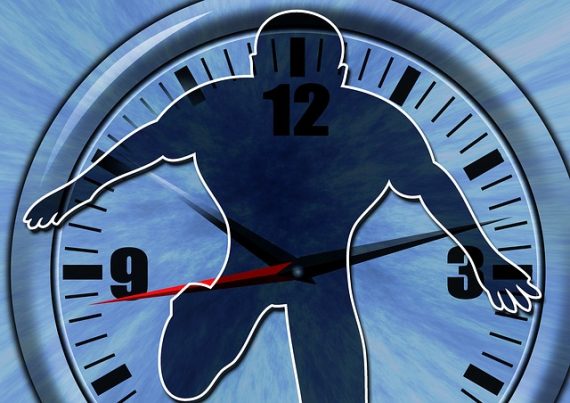 So begins the recent time-traveling trip of Paul Devlin as recounted to Samantha Jayne on their new podcast, “The Angel and the Exorcist," and summarized in The Daily Star. Samantha Jayne is an author and a psychic coach who claims to provide guidance from angels. Devlin claims to be the only practicing Buddhist exorcist in the UK, but it appears time traveling is a new experience for him. He was in the news a year ago when he predicted the pandemic – just starting its major lockdown phase worldwide – would cause a big uptick in the exorcism business due to the overabundance of fear and anxiety it caused. That was certainly true, but exorcism wasn’t the subject of this portion of their podcast – time slips and time travel were.

“My theory was if I went up the train line, changed and got back on it would change the timeline.”

Devlin tells Samantha Jayne he knew he was in the wrong time when a man told him “You’re dressed funny” and he spotted another male dressed like an 80s boy band member. That’s not much in the way of convincing, but he claims he also noticed everything looked clean and new – not what he’s used to – and the terminal and the street were eerily empty. Devlin says he followed his instinct and hopped a train to Pimlico, got off and rode one back – both being eerily empty. Well, for a while anyway.

“As we came back towards London Victoria people just randomly started to appear on the train until the train was full. I got off and was so happy to see a dirty escalator.” 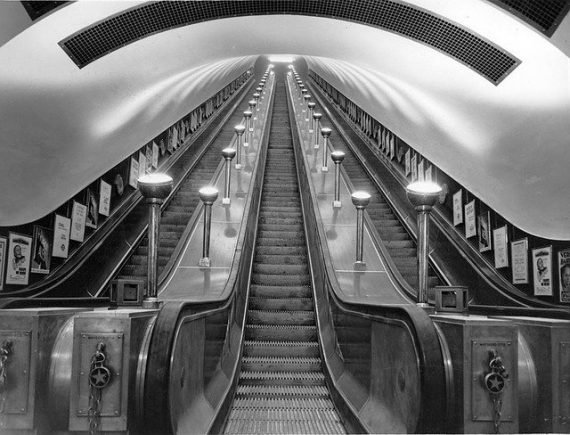 There’s something you never hear a Tube rider say, so this was obviously traumatic for Devlin. He and Samantha Jayne were discussing time slips and the Tube because paranormal researcher Rodney Davies recently claimed there was a major time slip on Liverpool’s Bold Street which is caused by subway trains running in concentric circles beneath it, spinning open a time-travel vortex. According to Davies, this and other time slips may have many Brits trapped in the past, unable to figure out how to get back as Devlin was fortunate enough to do.

What do you think? Devlin’s background covers both paranormal and more conventional therapies. Samantha Jayne seems to believe him – she shared her own time slip experience on the podcast. Neither had any physical evidence from another period in time and both charge for their many services and books. The podcast doesn’t put either one on a lie detector or in an evaluation by an independent investigator or therapist. Nonetheless, they’re far from alone in their belief of time slips.

What would it take for you to believe the amazing tale of Paul Devlin and his time travel? Would it help to walk a mile … and 40 years back … in his shoes?

Would you remember to bring something back with you?