UFO or Something Else? A Mysterious Meteorological Event in the UK

A great number of UFO reports that have been logged over the years have resulted in attempts at providing rational explanations which, perhaps more often than not, have drawn from weather-related phenomena as possible sources.

Naturally occurring atmospheric phenomena actually do often spark claims of UFO sightings, with sources as varied as “sundogs” or parhelion, to saucer-shaped lenticular clouds, and even more curious natural phenomena like ball lightning which, though confirmed and widely recognized, remains somewhat mysterious.

However, there are other instances where peculiar natural occurrences may point to weather-related phenomena which might account for unusual UFO-like observations. Some of these, as is the case with ball lighting, may leave us with more questions than they do answers. 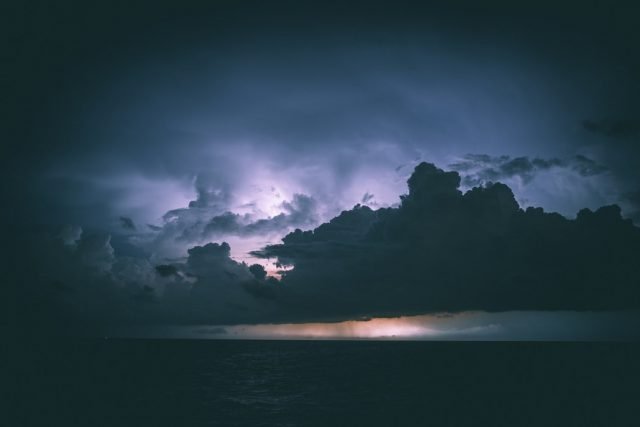 Such an account was described in 1992 in an entry published in the U.K. Journal of Meteorology. The author, a Mr. Brian Hayes, wrote to the journal with additional details about a bizarre sighting that occurred in September of the previous year.

“I follow up my telephone call to you with further details of Mr. Barrie Brumpton’s unusual sighting which he related to me in October 1991,” wrote Hayes, who stated that his interview with the witness had occurred just days after the observation took place.

“Having read The Circles Effect and its Mysteries and The Goddess of the Stones I was able to pounce upon a chance remark made by Mr. Brumpton, and this led to my interviewing him closely. I hope that this will help with your investigations.”

Hayes stated that Brumpton’s sighing occurred near Colden Common, Winchester in Hampshire. The time had been approximately 2230 BST, having taken place on Saturday evening. The date was September 29, 1991.

“The weather was generally very wet and stormy,” Hayes said the witness had described to him, “but a lull had occurred during which the rain stopped and the wind dropped.” What Brumpton described as a light breeze had been blowing from the east, in the direction of New Road. The witness had been approximately 30 yards from the western end of the road, when he first noticed an “object” that was roughly 150 yard away, prompting him to think he had been “seeing things.”

“The object 'filled the highway', so this suggests a width of eight metres or so. It was 'on the ground' and 'round-topped', suggesting to me a [hemisphere]. The 'object' was a 'mass of mist' and 'looked very wet'. It seemed to 'roll' toward the subject at a speed that he estimated at 30 m.p.h. However, his estimate of half-a-minute for travelling 150 yards gives a speed of 20 m.p.h.”

“Let us not forget,” Hayes added in his report, “that time is difficult to estimate after an event.”

According to Brumpton’s description, the mysterious “mass of mist” appeared to be producing a noise that sounded almost identical to heavy rain pounding against asphalt. The observer noted, however, that there had been no precipitation at the time of the sighting, although he had considered whether a hard rain was about to fall, and that he might run the risk of “getting soaked” where he stood. 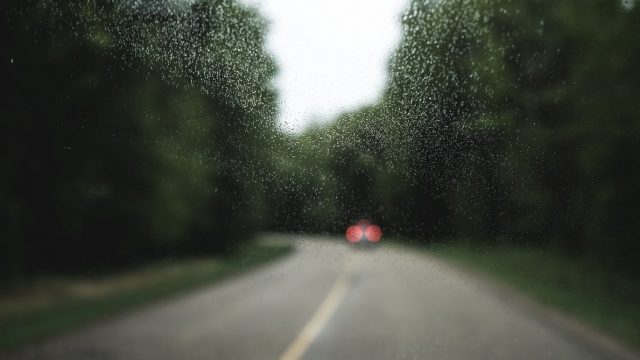 Another peculiar aspect of the incident had been that Brumpton was able to see the object very clearl at all times, despite the time of night that the observation occurred. “This suggests the possibility that the 'object' was luminous,” Hayes speculated.

“The observer moved into a driveway on the south side of the road, but when a few yards away 'the object moved over' to the north side and 'just vanished'."

What had the unusual object been that Brumpton observed in September 1991? Although certain aspects of the incident do appear reminiscent of UFO-type observations from over the years, the seemingly weather-related aspects of the events described appear to point to the possibility of a natural explanation.

Cases such as these cause us to wonder about the varieties of natural occurrences that might have led to at least a few UFO sightings over the years. Regardless, they are occurrences that may represent genuine mysteries in their own right, despite their apparent natural origin.

Gigantic Blinking Star Observed in the Heart of the Milky Way