UFOs: Where are the Crews?

When we think of UFOs, for the most part we assume they're being piloted by extraterrestrials, but that may not really be the case. In fact, a good, solid case can be made that more than a few UFOs don't have crews. Remote controlled from somewhere else? Maybe. Programmed robots? Possibly. Let's have a look at a handful of cases that fall into a category of "where's the crew?" One of the most intriguing, but also baffling, UFO encounters occurred in Scotland on November 9, 1979, at around 1o:39 a.m. The Telegraph newspaper stated: "…Robert Taylor, a Scottish forestry worker employed by the Livingston Development Corporation, parked his truck at the bottom of Dechmont Law and took his red setter for a walk up the hill. By his account, as he emerged into a clearing he came across a strange metal sphere about 20 ft across 'like a spaceship, a huge flying dome.' It appeared to be made from a dark metallic material with a rough texture like sandpaper.” The BBC stated: "[Taylor] told how two-spiked spheres then rolled out towards him and, as he passed out, he was aware of being grabbed on either side of his legs. Mr Taylor woke up in a disheveled state 20 minutes later…After the spiked objects rushed out and tried to grab hold of him, all he could remember was a strong smell of burning. When he came to, the clearing was empty, apart from a pattern of deep regular marks on the ground. He went to his van but was so shaken he drove it into a ditch and had to stagger home in ‘a dazed condition." And there were no aliens in sight. 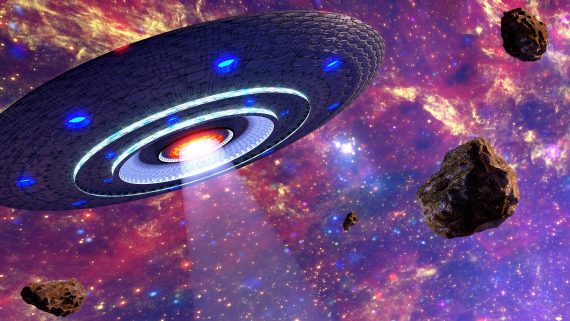 On the night of April 21, 1991, the term "close encounter" took on an altogether more significant meaning for the crew and passengers of a London, England-bound airliner. At 9:00 p.m., Captain Achille Zaghetti – who was piloting a McDonnell MD-80 aircraft – was amazed to see a missile-like unidentified flying object pass his aircraft as it flew over the English county of Kent, at a height of more than 22,000 feet. As the UFO was no more than 1,000 feet above the airliner, and the incident was therefore classified as a "near miss," an official inquiry was launched by the Civil Aviation Authority. Approximately two weeks later, the CAA issued a statement to the media that read as follows: "The pilot said the object was light brown, round, 3 meters long, and did not describe any means of propulsion." The statement continued: "The aircraft was under the control of the London air traffic control center who had no other aircraft in the vicinity but consistent with the pilot report, a faint radar trace was observed 10 nautical miles behind the Alitalia aircraft." In conclusion, it was stated: "The air traffic controller submitted an occurrence report and investigatory action began immediately. Extensive inquiries have failed to provide any indication of what the sighting may have been." That the object was only three meters in length suggests there was no crew aboard.

The U.K.'s Civil Aviation Authority has collected a number of UFO reports, including cases that involved UFOs that were far too small to have crews. On such report states the following: "“21 Jun 82 Brindisi – Unidentified object sighted by pilots. Object passed down left hand side at same height as aircraft (FL230) & 2 miles away. Black shiny doughnut shape about the size of a car. Object was tumbling and judged to be stationary." That the craft was barely the size of a car suggests it lacked a crew. Now, let's take a trip from the U.K. to Bolivia. Documents declassified under the terms of the U.S. Freedom of Information Act and made available by the Defense Intelligence Agency state the following: "On late afternoon [8 August 1979] the Embassy here received information that a strange object had been found on a farm near Santa Cruz, Bolivia. Source stated that the object was about 70 centimeters in diameter and two meters in circumference with a hole in one side and a metal skin covering of approx one-half inch thickness. Later the object was described as “about three times the size of a basketball." A second report, filed shortly afterwards, demonstrated that U.S. authorities were taking a considerable interest in the incident: " Interestingly, the report state that the sphere "landed smoothly." How about another case? 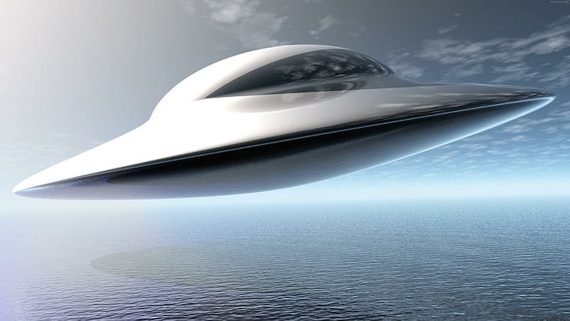 In the summer of 1946, Scandinavia was targeted by numerous UFOs. They were referred to as "Ghost Rockets." Reports surfaced from Norway, Denmark, Finland, and Sweden and caused brief, but worrying, situations for those countries. On July 11, the U.S. Embassy in Stockholm, Sweden, prepared a secret memo that, in part, reads as follows: "For some weeks there have been numerous reports of strange rocket-like missiles being seen in Swedish and Finnish skies. During [the] past few days reports of such objects being seen have greatly increased…Military Attaché is investigating through Swedish channels and has been promised results of Swedish observations. Swedes profess ignorance as to origin character or purpose of missiles but state definitely they are not launched by Swedes." On July 19, 1947, the Oslo-based Aftenposten newspaper ran an article titled "Did two rocket bombs go down in Mjosa?" The article included the following, notable words: "From a man in Feiring we received this morning a sensational report that two rocket bombs crashed into Mjosa last night. They were shaped like ordinary planes, but quite small with only a 2½-meter wing-span and came between 24 and 0:30 this morning from the west at low height over the southerly part of Feiring, where they were observed by many persons, among them at the Hasselbaken Inn and at the Arnes." Yet again, such a small craft was unlikely to have had a crew. This makes me wonder if the majority of UFOs lack crews? Just a thought.