Where the Dead Aliens are Stored … Allegedly

Area 51, Nevada and Wright-Patterson Air Force Base at Dayton, Ohio have one thing in common. Namely, and within UFO lore and legend, both facilities are said to be the "homes" to unclear numbers of extraterrestrial bodies. Either on ice or dissected. Numerous other places are said to be the secret storage areas for the alleged, legendary dead aliens. That said, let's now take a look at some of those cases and locations. If tales of crashed UFOs are your thing, then you will probably have heard of the alleged UFO crash on the Berwyn Mountains, North Wales on the night of January 23, 1974. There are rumors of roads cordoned off by military units, of strange bodies secretly taken to a certain place known as Porton Down, and located in Wiltshire, England. The BBC say: "Porton Down was set up in 1916. It was a center designed to test chemical and biological weapons. Nerve gases such as Sarin and CS gas were tested on volunteer servicemen. Servicemen were offered around £2 and three days leave as an incentive to take part in tests. Very few servicemen knew what they were volunteering for and some were even told it was research into the cure for the common cold. In 1953 it is alleged that serviceman Ronald Maddison died after taking part in a Sarin gas experiment. In 1962, one of Porton Down’s own scientists, Geoffrey Bacon died of the plague. Since the end of WWII, 20,000 people have taken part in experiments at Porton Down." 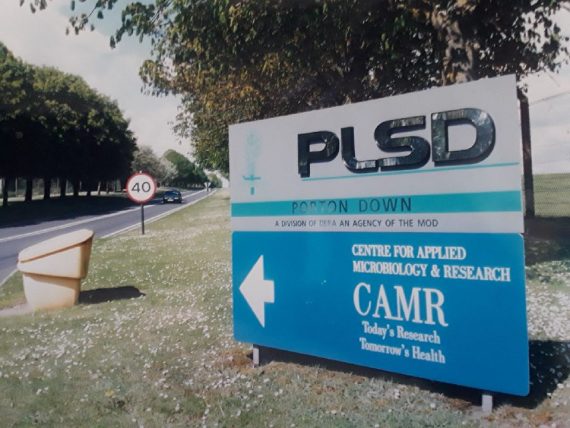 Moving on: In 1977, the late UFO researcher Leonard Stringfield revealed a similar story in his then-newly-published book, Situation Red: The UFO Siege. The story was give to Stringfield by another UFO researcher, Sherman Larsen. According to Larsen, he had a contact – a minister -who had a sinister tale to tell. Supposedly, the incident occurred in the late 1940s or early 1950s, when the source was a boy. Father and son, we are told, got lost in none other than the Chicago’s Museum of Science and Industry. Unable to find a way out, they headed down one particular corridor, entered a room, and were confronted by the shocking sight of a number of small, humanoid bodies contained in a large container with a glass top. MIB types suddenly descended on the pair – warning them never to talk about what they had just seen. 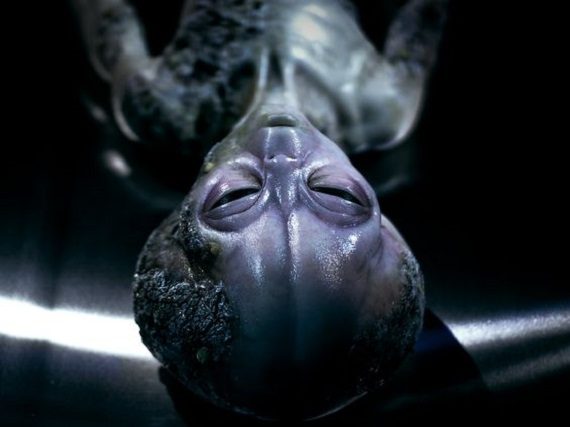 Leonard Stringfield was also told of several old pieces of film that seemingly showed alien corpses. One such story came to Stringfield by "T.E." He was a young man who said that he saw just such a film in 1953 - when he was only twenty - at Fort Monmouth, New Jersey. Yes, yet another facility. According to what Stringfield knew, T.E. and some of his colleagues were taken to a room where they were told they were about to watch a piece of film. Stringfield wrote: "Without any briefing, the 16mm movie projector was flicked on and the film began to roll on the screen…the film showed a desert scene dominated by a silver disc-shaped object embedded in the sand…" Stringfield continued that there "was a change of scenes." The story went on: "Now in view were two tables, probably taken inside a tent, on which, to his surprise, were dead bodies. T.E. said the bodies appeared little by human standards and most notable were the heads, all looking alike, and all being large compared to their body sizes…They looked Mongoloid." The men were advised to "think about the movie." It is no surprise at all that that is exactly what they did. A few days later, however, they were all told, "It was a hoax."

Are there really the remains of dead aliens on ice at multiple facilities around the world? Certainly, enough such claims have been made. But, so far, that's all we have: claims. And, right now, that's not enough. Unless, of course, someone out there knows better.