An ancient flute-like musical instrument that dates back approximately 8,000 years has been unearthed in the city of Bilecik in the northwestern part of Turkey. Archaeologists found the instrument while they were conducting excavations underneath an apartment in the city. The excavations, which were launched by the Bilecik Archeology Museum and the Bilecik Şeyh Edebali University Archeology Department, have been ongoing for two years.

In addition to the musical instrument, they found “...religious objects such as decorated boxes made of terracotta, human-shaped amulets, and animal figures during the excavations. In addition, a skull we found in the courtyard gives us information about the religious life of that period.” As a matter of fact, archaeologists discovered the skeletal remains of 11 individuals but experts still need to conduct detailed analysis on the remains in order to find out the age and sex of the deceased. Einkorn wheat, gernik wheat, bread and durum wheat, black vetch, lentils, and barley were found there as well.

The area in which the items were found represents the site of one of the first settlers in the western part of Anatolia. The site was found after a local resident discovered ancient fragments of ceramics. After making the discovery, the individual contacted the Archaeology Museum and excavations began at the location in 2019. 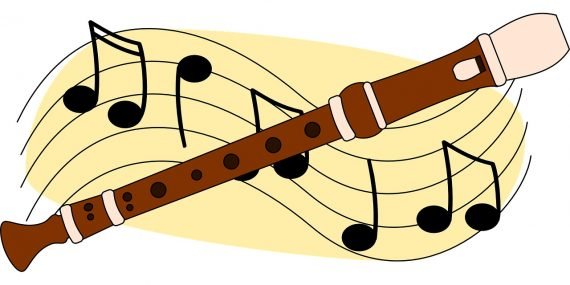 “We have unearthed the first villages of human communities that came here 9 thousand years ago and stayed here for 1000 years. Those who come here are people who know how to farm and domesticated animals,” Fidan explained, adding, “People lived in round-plan houses here, but they used their houses mostly as sleeping places. They spent all their daily lives in the courtyards between the houses, in their gardens.”

He went on to say that the three-holed flute-like musical instrument will be put on display at the Bilecik Archeology Museum once the research and restorations are finished. In the meantime, you can see what the ancient musical instrument looks like as pictures can be viewed here.