A Bizarre Voicemail and the Strange Death of Henry McCabe

Sometimes strange things happen to normal people. Henry McCabe seemed like the last person anyone would suspect would become the epicenter of a strange unsolved death. The 32-year-old McCabe had immigrated to the United States from Liberia and taken up residence at a Liberian-American community in California with his wife and two daughters, before moving to Mound View, Minnesota, where he got a job as an auditor for the Minnesota Department of Revenue. By all accounts he was a well-educated, outgoing and friendly family man who was happy with his lot in life, was active in his community, and adored his family. No one who knew him would have ever suspected that there were dark clouds looming on the horizon for him, but loom they did, and it would all spiral into a very bizarre case with strange clues.

It began on the evening of September 6, 2015, when Henry went out with some friends to let off some steam at a nightclub called Povlitzki’s, in Spring Lake Park, just a 5-minute drive from where he lived. At the club, Henry apparently went a bit nuts on the booze, drinking so much that his friends ended up taking his wallet and car keys away so that he couldn’t buy any more drinks or try to drive home, but it was all mostly pretty much standard fare for a wild boy’s night out at this point. They left the club at around 1:40 AM on September 7, and Henry’s friend William Kennedy offered to drive him home. Henry got into the car, but rather than home he requested that William take him to a gas station in the nearby town of Fridley, which was a bit weird because that was in the opposite direction of Henry’s home. It is unclear why William agreed to take his drunk friend to this gas station at this hour of night, and on top of that drop him off without his wallet or keys, but whatever the case may be, when he dropped Henry off there at 2 AM it would be the last time anyone would see him alive.

It was not long after he was dropped off at that gas station that the strangest feature of the case would come up, before anyone really knew anything was wrong. At approximately 2:28 AM, Henry’s wife Kaleen, who had been away visiting California at the time, received an unsettling voicemail on her phone. The voicemail features 2 minutes of strange, unintelligible moaning, groaning, screams, and animalistic growls, and towards the end there is an abrupt moment of silence before a voice can be heard saying “Stop it,” before the whole thing cuts off. In the recording, the indecipherable jumble of garbled growls, moans, and grunts suggests some form of violence is being inflicted upon him, and one investigator has even said: “The growls turn into high pitch moans, like he’s moaning in pain.” Other reports have claimed that Henry made another call to his brother with the same sorts of animalistic growls and the missing man also allegedly claiming that he had been shot, and it is all very strange.

Considering this bizarre, eerie voicemail and the fact that Henry McCabe did not show up at work the next day, there was an immediate investigation into his apparent disappearance. Surveillance footage would show that Kennedy had indeed dropped him off at the gas station as stated, although he had been mistaken about which one it was, but a search of the gas station in question turned up absolutely no clues as to where he had gone or what had happened to him. There was no sign of him at all in fact, and considering the ominous voicemail things were not looking good. In the meantime, it came to the attention of police that McCabe may have been having marital issues, as well as problems with depression and financial trouble paying his rent on time, which together with his heavy drinking on the night of his disappearance was leading authorities to suspect that something was very wrong. Massive searches were carried out and a big reward offered as well, but nothing came in. It would not be until nearly two months later that any new developments would come in.

On November 4th, 2015, McCabe’s body was discovered bobbing about face down in Rush Lake, in New Brighton, by a kayaker, six miles from where he had been dropped off, and an autopsy came to the conclusion that he had drowned. Interestingly, there were no gunshot wounds found on the corpse, nor were there any outward external injuries of any kind, no sign at all of struggle. The bizarre part is that the finding of McCabe’s drowned body doesn’t seem to really be consistent with what is heard in his final terrifying voicemail to his wife, which suggested violence. Yet McCabe’s body did not show any external signs of trauma or injury suggesting that, so what does that weird voicemail mean? Who is behind the voice saying “Stop it,” and why did they say that? Some suggested that Henry may have been attacked by a wild animal, but there were no injuries consistent with this. Also, why had he even made his way to that remote location in the first place? 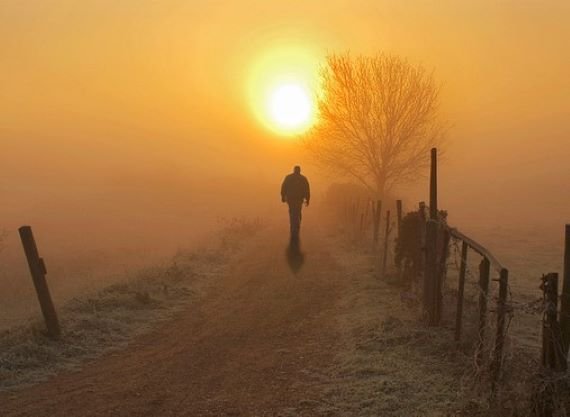 Police did look into the possibility of possible foul play, with their sights aimed at the friend who had dropped him off at the gas station, Kennedy, but not only was there video evidence that he had dropped him off just as he had said, he also said that he had dropped him off without keys and wallet because he had been sure he could walk home alright, so there was no reason to really suspect him. There was no motive and no evidence and so he was never seriously pursued. Another possibility was that Henry had overdosed on drugs, with the animalistic growls just him having a bad trip, after which he had fallen into the water and drowned, but there were no traces of drugs found and he was not known to be a drug user.

It is unclear just how McCabe ended up in the lake or if there was any foul play involved, and the case is considered to be unresolved and ongoing. Very little of the case seems to make sense, and authorities have not been able to come to a conclusion on what the disturbing voicemail means, nor even if the moans and other noises are from McCabe at all. It is possible that this recording holds some clue as to what happened to him, and audio analysts are still working on it, but for now the case of Henry McCabe’s mysterious disappearance and death largely remain a strange enigma. It is unknown what the voicemail means, how Henry McCabe ended up in that lake, or whether this was a murder or not. The official statement is accidental drowning, no suspects have ever been seriously pursued, and although the investigation is still open it seems unlikely we will have any answers anytime soon.

An Alchemist, a Famous Monster, and the Sometimes Creepy World of the Trickster