In 1967, two cowboys were trekking through the wilderness on horseback near Bluff Creek, California. One of the men, Robert Gimlin, carried a rifle while the other, Roger Patterson, was armed instead with a camera… and the footage they returned with from their visit would prove to be one of the strangest and most controversial films ever made.

The short sequence, comprising the final frames of a lengthier reel of film intended to be used as stock footage for a forthcoming project Patterson intended to complete, has since become one of the most famous films ever made. Its alleged depiction of a hairy, female humanlike creature as she walks away from Patterson and Gimlin and disappears into the thick Autumn forest of Northern California, remains at the heart of the debate over the existence of Sasquatch. 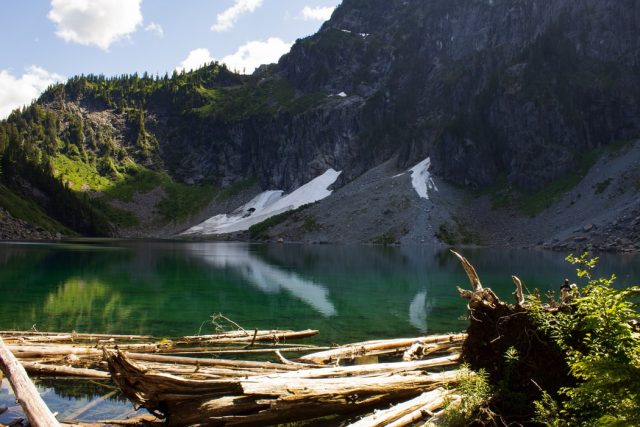 Proponents of the film believe that it represents living proof that Sasquatch, or Bigfoot as it is commonly known in the United States, is more than just a legend, and point to anatomical details the creature appears to possess which make a hoax unlikely. Skeptics, on the other hand, have long dismissed the film as a hoax by Patterson, who was known to have bought a gorilla costume from North Carolina costume maker Phillip Morris. Morris came forward years later and, while expressing his belief that Patterson modified parts of the suit that differed obviously from the one he sold him, nonetheless maintained that it must have been the same one he sold the Cowboy prior to the fall of 1967.

With Patterson having passed away in 1972, in addition to the death of his brother-in-law Robert DeAtley and many others who had been involved with the film’s promotion, it is hard to tell whether any conclusive resolution to the debate over the film will ever surface. Today, the sole survivor and primary witness to the events in question, Robert “Bob” Gimlin, remains the only man alive who was present there with Patterson, having watched the film as it was made and, notably, having had the benefit of a clear, unobstructed view of the purported creature while Patterson attempted to record it.

For years, Gimlin has unwaveringly maintained his position that as far as he knows, the film is legitimate, along with the creature it appears to convey. This, despite the hardships it has brought him and his family, which even placed a strain on his marriage. 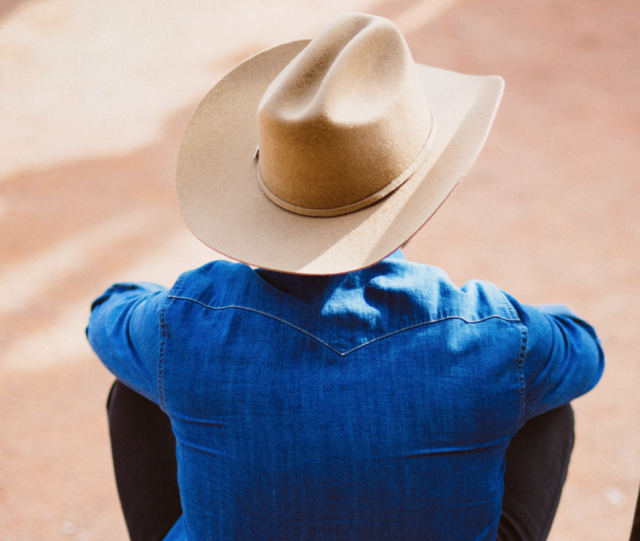 “A couple times we were going to split up over this,” Gimlin said in an interview with Outside in 2016, who said cars would appear outside his home in the middle of the night full of hecklers. “They’d come driving in my driveway all times of the night and go ‘Bob! We want to go out Bigfoot hunting!’”

Gimlin has since expressed that he wished he had used the rifle he carried that fateful day in 1967, rather than only shooting film footage of it. In the face of ridicule from doubters, a body would have settled not just the lingering questions over the film’s authenticity, but also the entire question over the existence of Sasquatch.

Despite Gimlin’s long-held convictions, renewed controversy erupted around the film in recent days, following statements appearing online which alluded to the existence of a video of Gimlin making “scandalous” statements about the film. The claim was made in an online posting by Rictor Riolo, a cast member of Spike TV's Ten Million Dollar Bigfoot Bounty.

“Russell Acord has recorded a confession video of Bob Gimlin and plans on releasing it after Bob and his wife have passed away,” the posting reads. “Russ told me it is scandalous. He has also opened his mouth to Steve Kulls and told him about it as well.”

Following Riolo’s statement, Kulls, also known as the “Squatch Detective,” provided a statement on the situation on his YouTube channel.

“This is the truth: Richter is not lying,” Kulls said during the live stream.

“About a year and a half ago I did an MK Davis massacre show,” Kulls explained, “which involved Richter and Russell… and at some point afterwards Russell and I had a phone conversation where Russell told me essentially the same thing: that Bob had said that the film is not what everyone thinks it is.”

“I didn't want to believe it,” Kulls later added. “I've defended this film.”

Since having heard about the alleged video, Kulls explained that his longtime advocacy of the film as being legitimate has shifted.

“I've always talked about what I felt: that Bob Hieronimus was lying. And here is Russell telling me the opposite, saying that, you know, he's going to wait till Bob [dies]. And Bob is such a nice guy… you know perhaps he doesn't want to let all his fans down the people that look to him as a hero.”

The statements left many observers feeling confused and wondering about what to believe. Could there be a secret video featuring Bob Gimlin where, after all these years, he says something that would cast doubt on the veracity of the film that many have looked to for decades as some of the best evidence for the existence of Sasquatch?

Maybe not, according to researcher Thomas Steenburg, who decided to get clarification directly from Gimlin himself after the explosive statements appeared online.

“At 9:30 [the following] morning, I called Bob himself,” Steenburg recently told me. “Bob hadn’t heard any of this because it was brand new, and I asked Bob straight out. Is there a video of you making a confession about the Patterson/Gimlin Film? Is this true, yes or no? And he said, emphatically, no.”

“It’s not happened. He doesn’t know why Accord is saying this, but he planned on having a harsh phone conversation with him that day,” Steenburg added.

This might not be the first time that questions have been raised about the film and Gimlin’s role in making it. Among the responses to Kulls’ initial video on YouTube had been a comment posted by James “Bobo” Fay of Finding Bigfoot fame, who shared his own recollections about a meeting with Gimlin a number of years ago, and in particular, one unusual comment he recalled the cowboy making.

“My 1st thought was it's still real footage but Bob knows a confession video is the biggest gift he could leave his children. He could buy all 6 of them a house and college money for the grandkids. If you don't think that video would be worth millions, well, you're very wrong. I know Bob well and he lamented many times that his biggest regret was he wasn't able to leave his kids a substantial estate. He told me many times that was his mission. He'd sacrifice his legacy to give his children life changing inheritances imo. I could even envision after the family gets paid out a 2nd video coming out a few years later where Bob recants the "confession" and says it really is real.”

However, perhaps even more eyebrow-raising had been another recollection Fay shared, which occurred during a meeting with Gimlin in 2004:

“Full disclosure, when we 1st started squatchin with Bob in 2004 Paul straight up asked him if it was legit. Bob responded something along the lines that he had made Roger a death bed "Cowboy Promise" about the film and didn't elaborate. That's the only questionable thing I've ever heard him say.”

What might this “Cowboy Promise” have been? I also asked Steenburg for his thoughts on this peculiar statement, and what Gimlin could have possibly meant when he said this to Fay in 2004.

“Well, the only thing I’m aware of,” Steenburg said, “When Roger was dying—he died of Hodgkin’s Lymphoma in 1972—and he basically had Bob come in to see him and he apologized for the things that had happened to him; the dealings with Al DeAtley and stuff like that. And they kinda made up… and [Patterson] said, ‘when I get out of here’—Roger was fully intending on recovering and going on—[he said] 'we’re gonna go out, and we’re gonna get that big son of a gun’.” And Bob said ‘okay Roger, you just take it easy,’ but of course Roger died.

“But no,” Steenburg added, “I’ve never heard Bob say anything about Roger saying ‘lets keep a secret’. A lot of people make such claims about things after the fact. Now, what was meant by it actually, who knows.”

In Steenburg’s view, although Bob appeared to clarify that there had been no video of a confession of any kind, the idea of there being some kind of record involving “scandalous” statements from Bob Gimlin could have little to do with the film being a hoax or not. As the 2016 Outside article cited earlier also conveys, Gimlin has been vocal over the years about some of the hardships he suffered after the film became public. Additionally, for a time he had been excluded from any proceeds from its showings around the country prior to Patterson’s death, which resulted in Patterson and Gimlin parting ways until their reconciliation just prior to Patterson’s death.

Thus, if the official version of the story is to be believed, there had been only one “Cowboy Promise” agreed upon between the two men on the eve of Patterson’s death: that they would return to California if Patterson recovered, and finish the job they began there in 1967; and this time, they would capture the creature and settle the debate over its existence once and for all.

“As far as I know, if Bob has been lying to my face for over 25 years,” Steenburg said, “I’d personally have a very hard time with that. We’re rather close.”

Steenburg adds that he thinks it would be unlikely that Bob would ever confess even if the film had been a hoax, saying he knows Bob would feel like he would “break too many hearts.” On the other hand, if a confession had ever seemed forthcoming, Steenburg says it would have more likely come from DeAtley, who unlike Gimlin did not have a base of fans and supporters banking on the truth of his testimony.

“That’s why I said I was very interested in what Al DeAtley was going to say,” Steenburg says, “because if anyone was going to make a confession it was him. He was the one that was behind it. He was the money.”

“But he never said a word,” Steenburg adds.

For the time being, barring the appearances of any videos or other “scandalous” statements that could still emerge, it appears that the legacies of the Patterson Gimlin film—and of its sole surviving cowboy contributor—remain intact… and as capable of fueling controversies as at any time since it first appeared more than half a century ago.