A Mysterious Vanishing Ship in the Caribbean

The vast seas of our world have become hotpots for numerous unsolved mysteries. It seems to go without saying that these vast expanses of ocean should draw to them tales of the unexplained, and for centuries the sea has provided numerous strange mysteries we are nowhere close to solving. Ranking high among these are those countless vessels that have gone off over the horizon to never be seen again, or to return with bizarre clues. One of these was a vessel that was legendary in its region at the time, which would sail off only to be found later with no crew and plenty of oddities that have never been solved.

Back in the 1930s, a shipwright and captain by the name of Reg Michell was living on the island of Bequia, which is a part of St. Vincent and the Grenadines, in the Caribbean, when he decided that he was going to design and build the largest sailing vessel the region had ever seen. At the time, Bequia was a center for whaling, and was also a major boat-building mecca, its shipbuilders considered among the best in the world. Among these, Mitchell was among the most respected of all, a hulking mountain of a man, by some accounts 7 feet tall, who was known for his incredibly well-crafted boats. On this occasion, he set about the monumental task of constructing a colossal vessel that was 165 feet long, weighed 175 tons, and sported three impressive masts. It was named the Gloria Colita, and at the time it was the largest wooden sailing vessel the Caribbean had ever seen, a monumental display of shipbuilding ingenuity. 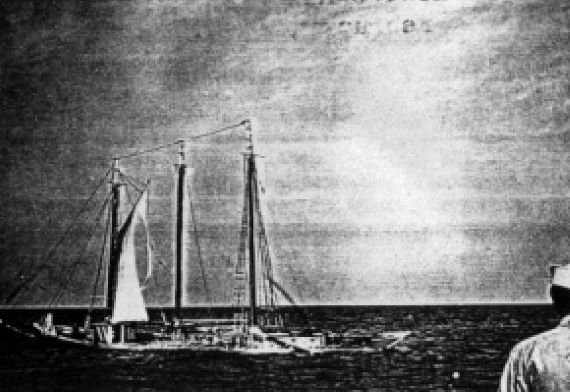 In 1939, the Gloria Colita embarked on its maiden voyage, sailing to British Guyana and then to Cuba, awing all who saw the massive vessel. This would become the ship’s main route, collecting rice at British Guyana, then going to Cuba to pick up shipments of sugar to then take to Mobile, Alabama, in the United States. In Alabama, the crew would then load up on lumber and bring it back. By all accounts, the Gloria Colita and crew were very good at what they did, and became renowned throughout the region. This would go on for two years, the tale of the giant ship becoming almost legendary, but then it would take a dark voyage that would push it into the realm of strange unsolved mysteries.

In May of 1940, the Gloria Colita went about its usual route, loading rice in British Guyana as usual, then making its way this time to Venezuela, which was not part of their usual routine and the reasons for which are murky. Once they arrived in Venezuela, Reg mysteriously fired his entire crew and gathered up a new one, composed entirely of Spanish-speaking locals. The vessel then departed to head on to Mobile as if nothing had happened, where it loaded lumber as usual and headed for Havana, Cuba. However, it would never reach its destination, and this is where things would get weird.

When the Gloria Colita did not arrive as expected, it caused not a little concern, as this was a huge ship that was rather famous in the region and which was hard to miss. There were great efforts made to locate the ship but these turned up no signs of it, despite the fact that this was a fairly busy trade route. Indeed, no one seemed to have even seen the Gloria Colita, and it would not be until two weeks later that the ship would finally be located under very mysterious circumstances. The vessel was found by a United States Coast Guard plane, drifting aimlessly in the Gulf Stream about 150 miles south of Mobile, and when ships were sent to investigate there was found to be no one aboard. The ship’s rigging and rudder were gone, and although the log was still there, there is no mention of what happened to them. Indeed, all of the belongings of the estimated nine crew members had been left behind, with no clue at all as to why any of them would have wanted to have left the ship. Additionally, all of the cargo was still there and properly stowed, discounting the possibility that this had been the result of piracy. There was even food on the table and Mitchell’s dog was found alive wandering about the ship. It was as if they had all just evaporated into thin air. 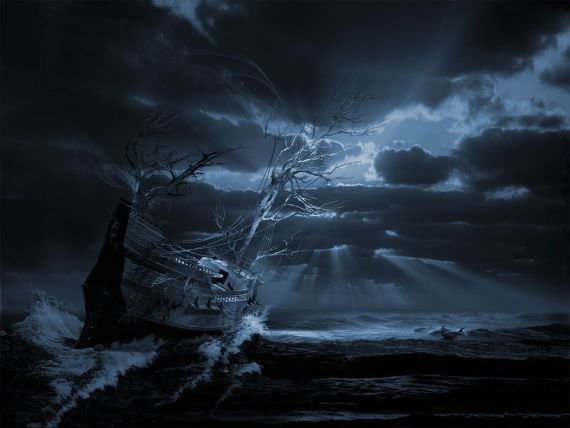 The Gloria Colita was towed back to Mobile to be sold for scrap, and in the years after there would be much speculation as to what had happened to the crew. One of the main theories is that the ship had been hit by a sudden rogue wave, which had managed to wash all crew members overboard. Another idea is that there had been a mutiny, and that Michell had been killed, after which the crew had escaped, but why would they have done this? Other more outlandish theories point to them being captured by a German U-boat, being sucked into a portal, or even being whisked away by UFOs, but no one knows for sure. Neither do we know why the Captain had taken his ship on an unscheduled detour to Venezuela to change crews, and it is all rather baffling, indeed. What happened to this ship and its crew? Where did they go off to and what was the meaning of the mysterious detour and changing of crew? We may never know, and the mystery of the Gloria Colita remains a compelling but little known oddity.

When Nightmarish “Things” Find Their Way Into Our Dreams