Adventures on the Waters: a Supernatural Boat, an Invisible Ship, and Bigfoot’s Canoe!

Want to read about a few strange boats and ships ? Well, that's what you have coming today! Over the years I've come across a few intriguing stories of this particular type. And, here they are. Let's begin. We'll start with one of the world's most mysterious places: Loch Ness, Scotland. The first recorded report of a Loch Ness Monster came from St. Columba, way back in the 6th century. But, what about St. Columba's boat? Well, that's a very different thing. None other than the ghostly form of St. Columba’s ancient currach has been seen traveling on the expansive waters, and on more than a few occasions, too. Just two years into the 20th Century the supernatural currach was seen by one Finlay Frazer, a resident of Strathenick. Colin Campbell, the brother of Alex Campbell – a man who played a major role in the development of the Loch Ness Monster controversy, as we shall later see - had a close encounter with the spectral craft during the Second World War. And a man named Thomas O’Connell saw its spectral shape in 1962, near Invermoriston. A man named Colin Campbell said of his extraordinary and eerie sighting that it was a dark night when, quite out of the blue, he saw at a distance of around ninety feet a stationary boat on Loch Ness. It was, however, no ordinary boat. It lacked any illumination itself, but was bathed in an eerie, mysterious, white-blue glow. Campbell was sure that what he saw was the spectral form of ancient, primitive craft constructed millennia earlier. From the very outset, then, the saga of Nessie – and those that were exposed to it almost one and a half thousand years ago – was absolutely steeped in matters of a paranormal nature. And it still is.

Now, onto the tale of an invisible warship. We're talking about the legendary "Philadelphia Experiment" of 1943 - supposedly planned to make a U.S. ship invisible to the Nazis. And as literally invisible. The U.S. Navy has, for decades, been tired of dealing with the claims. Yet, they still patiently share their conclusions with anyone who comes calling and asking fquestions. The Navy states: "Allegedly, in the fall of 1943 a U.S. Navy destroyer was made invisible and teleported from Philadelphia, Pennsylvania, to Norfolk, Virginia, in an incident known as the Philadelphia Experiment. Records in the Archives Branch of the Naval History and Heritage Command have been repeatedly searched, but no documents have been located which confirm the event, or any interest by the Navy in attempting such an achievement. Supposedly, the crew of the civilian merchant ship SS Andrew Furuseth observed the arrival via teleportation of the Eldridge into the Norfolk area. Andrew Furuseth's movement report cards are in the Tenth Fleet records in the custody of the Modern Military Branch, National Archives and Records Administration, (8601 Adelphi Road, College Park, MD 20740-6001), which also has custody of the action reports, war diaries and deck logs of all World War II Navy ships, including Eldridge."

The Navy continues: "The movement report cards list the merchant ship's ports of call, the dates of the visit, and convoy designation, if any. The movement report card shows that Andrew Furuseth left Norfolk with Convoy UGS-15 on 16 August 1943 and arrived at Casablanca on 2 September. The ship left Casablanca on 19 September and arrived off Cape Henry on 4 October. Andrew Furuseth left Norfolk with Convoy UGS-22 on 25 October and arrived at Oran on 12 November. The ship remained in the Mediterranean until it returned with Convoy GUS-25 to Hampton Roads on 17 January 1944. The Archives has a letter from Lieutenant Junior Grade William S. Dodge, USNR, (Ret.), the Master of Andrew Furuseth in 1943, categorically denying that he or his crew observed any unusual event while in Norfolk. Eldridge and Andrew Furuseth were not even in Norfolk at the same time." In other words: take that, conspiracy theorists!

Ninety sixty-six  saw an unusual event occur at Pasajes, Northern Spain that caught the attention of the U.K. Ministry of Defense. From a radio officer attached to the S.S. Patrick M. Rotterdam, came the following: "Perhaps the following will be of some interest to you or Jodrell Bank. Whilst at Anchor at Pasajes, North Spain on 22 April at 2100 Bst in a very clear sky, one of the crew noticed a bright patch in the sky and drew my attention to it. It appeared stationary and squarish, the area being about 4 times the size of a full moon. Several of the crew watched, being interested and of course at anchor, there is very little to do. The patch elongated and became brighter and to our amazement a complete ring, similar to pictures of flying saucers, bright and distinct with dark centre. For several minutes this object remained visible then returned to a patch, receding elongated again. Then it branched out to form a letter M. When the ring was clear it was about [the] same size as a full moon. We know it was not the moon because the moon was in another quadrant and lying on back at [the] same time. The patch receded away into distance. I can assure you none of us were drunk." The full report can be read at the U.K.'s National Archives. 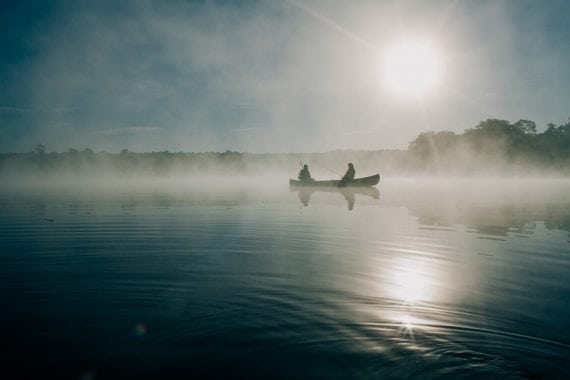 Now, onto nothing less than Bigfoot! Sightings of Bigfoot-style creatures are widespread across Canada, and particularly so the west coast. This is hardly surprising, given that pretty much the entire Pacific northwest of the United States is home to the legendary man-beast. It’s possible that the legends of the savage and infamous Wendigo of Canada may have developed out of near-fatal, and even deadly, encounters with violent, murderous Bigfoot.  There are, however, several kinds of unknown ape-men in Canada that are far removed from the likes of Sasquatch and the Wendigo. One of these is the tongue-tying Geow-lud—mo-sis-eg. It’s a diminutive, goblin-like creature that is covered in black hair and prefers to live in caves and which lurks and feeds in deep woods, surrounded by dense marshland. Rather like the fairies of Middle Ages-era Europe, the Geow-lud-mo-sis-eg enjoy playing pranks on people – pranks that sometimes turn malevolent if the creatures feel they have been slighted or disrespected. Also like the elementals of fairy lore, the Geow-lud-mo-sis-eg have an obsession with braiding the manes of horses. Rather notably, this tradition extends all the way to Russia, where the Almasty is said to do exactly likewise.

Then there are the Memegwesi, who are a major part of the lore of the Ojibwe, Cree, Innu, Metis, Algonquin, and Menominee Indians. They are hairy things, around four feet tall at adulthood, and, according to legend, have had a good relationship with the Indians for many centuries. Like a number of unknown ape-men they have a particularly liking of tobacco. They are significantly developed too, having a language and also the ability to construct sturdy canoes, in which they hunt for fish [italics mine].