Dead Frankenstein Star is About to Transform into Something Else

A pivotal plot point in Frankenstein movies is when the doctor or one of his descendants looks down at the conglomeration of connected corpse pieces and watches it transform into something that is still dead, yet not what it just was. A similar moment may be coming soon for astronomers watching the dead star ZTF J190132.9+145808.7, which is already the smallest and most massive dead star ever seen. Now it’s about to change into something else. Alive? Zombie? Supernova? Cigar-smoking, stiff-moving movie star?

“We caught this very interesting object that wasn’t quite massive enough to explode. We are truly probing how massive a white dwarf can be.”

In a Keck Observatory press release announcing the publication of a new study on the discovery published in the journal Nature, Ilaria Caiazzo, the Sherman Fairchild Postdoctoral Scholar Research Associate in Theoretical Astrophysics at Caltech and lead author, described how a Cal Tech team found the unusual white dwarf using the Zwicky Transient Facility, a wide-field sky astronomical survey using a new camera attached to the Samuel Oschin Telescope at the Palomar Observatory in California. The discovery was confirmed by the W. M. Keck Observatory in Hawaii and the University of Hawaiʻi Institute for Astronomy’s Pan-STARRS (Panoramic Survey Telescope and Rapid Response System). Noting its tiny size – about the diameter of our Moon – coupled with a density 1.35 times the mass of our Sun, an extreme magnetic field almost 1 billion times stronger than our Sun’s and a revolution speed of one revolution every seven minutes, they knew they had a strange one. They just didn’t know how strange.

ZTF J1901+1458 is the product of two dying white dwarfs merging in a death tango -- hence the Frankenstein comparison. While this normally results in a supernova, ZTF J1901+1458 instead became a new white dwarf far heavier than its dead boy parts providers. In fact, its mass caused Caiazzo and her collaborators to speculate that it will transform again into something that is normally the product of a supernova.

“This is highly speculative, but it’s possible that the white dwarf is massive enough to further collapse into a neutron star. It is so massive and dense that, in its core, electrons are being captured by protons in nuclei to form neutrons. Because the pressure from electrons pushes against the force of gravity, keeping the star intact, the core collapses when a large enough number of electrons are removed.”

The team can watch the transformation happen because ZTF J1901+1458 is only about 130 light-years away. If it goes neutron, it’s potentially a “this changes a lot of things" moment because it means the white dwarfs that populate the Milky Way may have formed this way rather than the long-accepted supernova route. It could also help explain the wide variations of magnetic fields among white dwarfs. The Zwicky Transient Facility is one of the next generation of observatories. It’s designed to detect transient objects that rapidly change in brightness -- supernovas, gamma ray bursts and collisions between two neutron stars. This discovery has already proven its value. 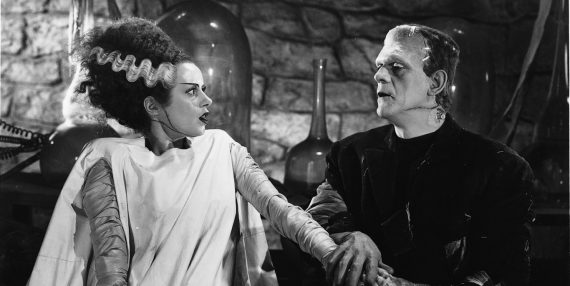 Is the discovery of the transformation of dead star ZTF J190132.9+145808.7 into something also dead but different movie-worthy? Before you answer, have you seen what’s at the theaters or available for streaming lately?