A recent announcement made by the National University of Comahue (UNCo), in Neuquén, Argentina, revealed that a whopping 73 prehistoric eggs from the Cretaceous Period were discovered on its campus. The eggs were laid by birds dating back 85 million years which means they were around during the same time as the dinosaurs.

The “nesting site” was found when the Museum of Natural Sciences was monitoring the location for the eventual construction of new buildings (students from the UNCo’s geology department also helped in the research project).

In an interview with Télam, researcher Juan Porfiri stated that they had previously found crocodiles and snakes in the rich fossil deposit and that they had “...proposed before the works began, as there is paleontological risk, to do the monitoring in that sector where in previous years we had worked and found fossils.” At that point, “when they cleaned the place they found a nesting area that has many eggs from which we have rescued 73 so far and they continue to appear.”

They were discovered on a geological formation named “Bajo de la Carpa” that “...was a place with dunes and small lagoons with a semi-arid climate” 85 million years ago. Porfiri went on to describe the nesting site as measuring 12 meters in length by 5 meters in width (39.4 feet by 16.4 feet). He then talked about the 73 bird eggs by noting, “They are approximately 5 centimeters from end to end in an elliptical shape, with an extremely smooth shell unlike other dinosaur eggs that have appeared in the city of Neuquén that are rough, round and larger.” 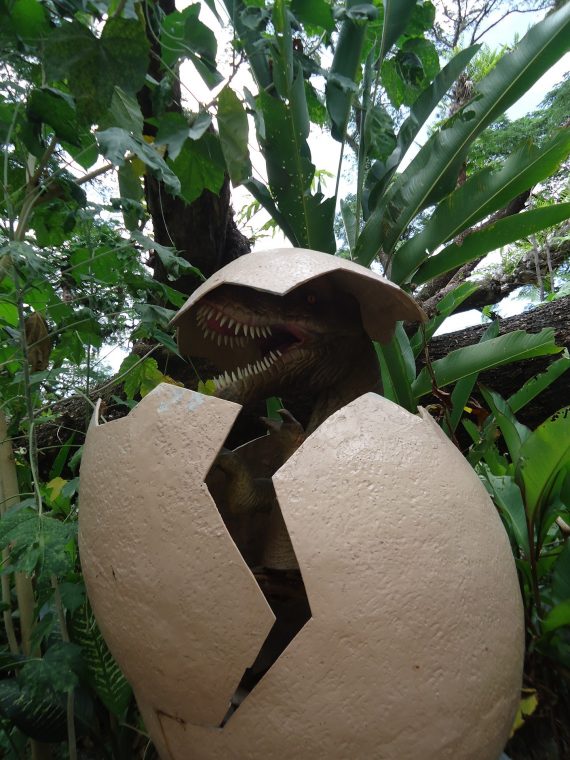 Other fossil discoveries made on the university’s campus include “Notosuchio” crocodiles and a small theropod dinosaur called Alvarezsaurus (meaning “Alvarez's lizard”). Alvarezsaurus dinosaurs were carnivores that lived during the Late Cretaceous Period. They measured about 2 meters in length (6.6 feet) and might have had feathers.

The team will continue to search the area for the next several weeks and they may even find more prehistoric eggs to add to the jaw-dropping 73 that have already been recovered. A picture of one of the eggs can be seen here.