Ghosts and Hauntings of Ancient Egypt

When one thinks of ghosts and hauntings, one is likely to think of haunted old spooky houses, with this being the common image engrained into most people's heads. Yet this is a phenomenon that has stretched across cultures and back through time unremembered, and the notion of ghosts walking among the living to frighten and harass us is much older than many may think. Indeed, such cases and beliefs go back thousands of years, and one intriguing area of ghosts from way back comes to us from as far back as the ancient Egyptians, who had hauntings and specters roaming about just as we do today.

To understand the role of ghosts in ancient Egypt, it is important to first understand their ideas on death and the afterlife. When a person died, their physical body was taken to be embalmed, and the quality of this service was largely dependent on how much money the family could afford to pay. Top notch treatment would get them a full proper embalming and an elaborate coffin with full funerary rites, the closer their likeness in death to that of life the better, while the bargain basement version got somewhat of an embalming, a simple coffin, and that was about it. In the meantime, the soul left on its journey to see the god Osiris, which was the god of fertility, agriculture, the afterlife, the dead, resurrection, life, and vegetation. Before the great Osiris, the soul of the dead would stand in the Hall of Truth where it was judged by Osiris and a tribunal of 42 Judges. This was done by the weighing of the heart, with a light heart meaning one was worthy, and a heavy heart meaning one had lived a life of sin and evil. Failure meant being devoured by a monster and ceasing to exist, cast into oblivion, while a pure, light heart was admission to the next stage of the afterlife.

If the soul was successful and had lived a good and just life, they could pass on to what was called the Field of Reeds. Depending on the era of ancient Egyptian history the appearance and features of this realm differed, but it was almost always described as an idyllic paradise that in many ways mirrored the life the soul had left behind, only better, completely lacking disappointment, sadness, strife, woe, loss, or distress. You would have the house you had had in life, be reunited with all of your friends and loved ones, even pets, and never want for anything for all of eternity, living eternally in this peaceful state. The Field of Reeds was considered to be a place of complete bliss where one could be happy forevermore, and it was considered unthinkable for anyone to ever want to leave. All souls who passed Osiris's judgement ended up here in this wonderful place, however, those who had passed on into the afterlife could still make themselves known to the world of the living.

It was said that the dead always watched us from afar, and could even speak with us. The most common type of communion with the dead was reaching out to ask for guidance and help, with the belief being that the dead were always watching from another plane, and that they could be communicated with and give signs. If the soul was happy, and especially if it had been honored and respected in death and received a proper embalming and burial, it could reach out to give insights, predictions, advice, and other various assistance. One of the main ways for doing this were called “Letters to the Dead,” of which Egyptologist Rosalie David has said:

An important means of contact with those who had passed into the next world was provided by the so-called 'Letters to the Dead'. People who considered that they had suffered injustice could write a letter to the dead, asking them to intercede on the writer's behalf. If a living person with problems had no powerful patron in this world, he could seek the help of the dead...the letters were placed in the tomb-chapel, at the side of the offering table where the deceased's spirit would find them when it came to partake of food. Requests found in the letters are varied: some sought help against dead or living enemies, particularly in family disputes; others asked for legal assistance in support of a petitioner who had to appear before the divine tribunal at the Day of Judgement; and some pleaded for special blessings or benefits. 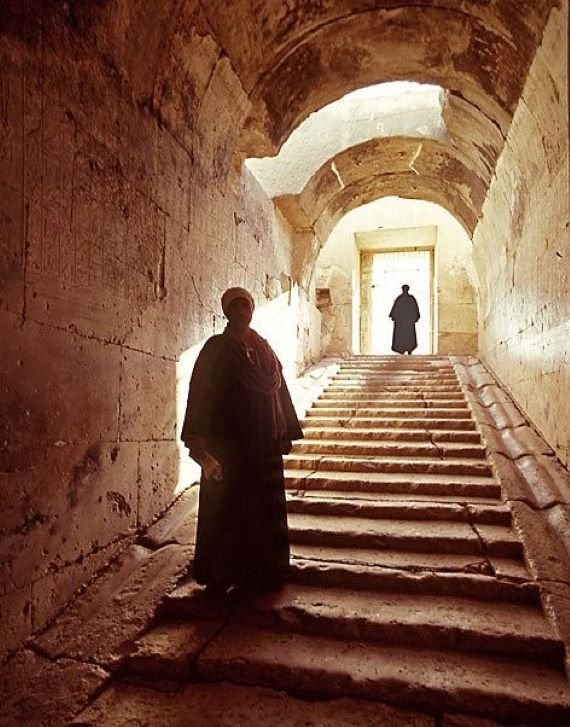 Other ways were to commune with the spirit at a temple or to meditate, but in all of these cases it is all more like a form of séance than actual physical ghosts, the living speaking through the veil like a long distance call, the dead invisible and far off, merely projecting their voices. The real ghosts that came to earth were significantly different, surrounded by far more sinister lore, and to understand their nature we must look at how the ancient Egyptians viewed the anatomy of the soul. In earlier eras the soul had always been viewed as a single, unified entity called the Khu. However, in later eras it was subsequently divided into 5 or even more aspects, up to nine in some traditions. These aspects included the Khat, or physical body; the Ka, one's double-form and personality; the Ba, or spirit; the Shuyet, which was the shadow self; the Ab, which was the heart and the source of good and evil, and the Ren, which was one's secret name. It was the Ba and Ka that came together to form the Akh, or the immortal, transformed self, and it was the Akh that could physically come to the land of the living in the form of a ghost. But if the Field of Reeds was such a lovely place that no one would ever want to leave, then why would the Akh come to earth? It turns out there were several factors that could make a ghost materialize on the plane of the living, and none of them were good.

Since the Field of Reeds was such a desirable place to be, and it was mostly unthinkable that a spirit would ever want to leave for any reason, if a ghost were to come to the plane of the living it was usually because that ghost was upset and wanted to right some wrong. This could come in many forms. One common reason for a ghost to want to appear was because they had not received a proper burial or embalming in life, but it could also be because they had been wronged somehow in life, or a sin, atrocity, or injustice had been committed either before or after their death. It had to usually be something that truly vexed the spirit and something they really wanted, because not only did they have to leave the Field of Reeds, often to never return and be doomed to wander the earth as a disembodied wraith, but they also had to convince the gods to grant them permission to return to earth, which could be a long and arduous process. The ghost would then haunt and torment the target of their aggression until the victim somehow atoned for what they had done. One classic example of an early haunting in ancient Egypt was an account by a widower who was being relentlessly haunted by the spirit of his dead wife, who he had wronged in life somehow, and who said to her:

What wicked thing have I done to thee that I should have come to this evil pass? What have I done to thee? But what thou hast done to me is to have laid hands on me although I had nothing wicked to thee. From the time I lived with thee as thy husband down to today, what have I done to thee that I need hide? When thou didst sicken of the illness which thou hadst, I caused a master-physician to be fetched…I spent eight months without eating and drinking like a man. I wept exceedingly together with my household in front of my street-quarter. I gave linen clothes to wrap thee and left no benefit undone that had to be performed for thee. And now, behold, I have spent three years alone without entering into a house, though it is not right that one like me should have to do it. This have I done for thy sake. But, behold, thou dost not know good from bad. 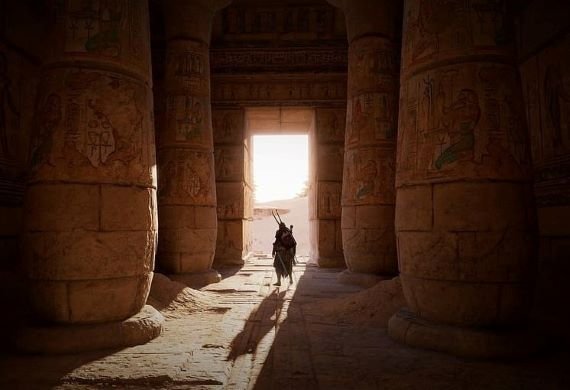 In some cases, the pleading and atonement did not work to appease the spirit, and it continued its assault. If this happened, the target of the haunting would have no choice but to seek the services of a priest in order to essentially perform a type of ritual to drive the ghost away, akin to an exorcism. Generally, the appearance of a ghost in ancient Egypt was never a good sign, and was feared by most people because it meant the spirit was very angry. It also meant that the natural order was in disarray, because the ancient Egyptians heavily believed in what was called ma'at, or harmony and balance, with the natural flow being for people to go through a cycle of birth, life, death, and the afterlife, which was supposed to be a one-way path. This flow being disturbed by a ghost coming back into the world of the living was seen as very distressing, and so any ghost that appeared physically on earth was seen as a danger and a threat to the very order of things, to be dealt with as soon as possible.

Such tales represent among the oldest lore on ghosts and hauntings there is, going back thousands of years and showing us that the phenomenon goes back way beyond haunted houses. It shows that the belief in ghosts and the survival of the human soul past death has deep roots in human history, as do hauntings and paranormal phenomena in general. It would seem that the idea of ghosts and hauntings goes way back, intertwined with our beliefs across cultures and perhaps our very beings, and it is all a rather intriguing look into human history and belief in ghosts.

Ghosts and the Dead: My Views and Experiences