A green-colored bird that was declared extinct 70 years ago has been found again in Singapore. On June 27th, a birdwatcher named Joyce Le Mesurier witnessed the green broadbill bird on the island of Pulau Ubin.

According to the Singapore Birds Project, the green broadbill (also named Calyptomena viridis) once inhabited the island but was “hardly seen in Singapore” since 1941. Interestingly, even though it was declared extinct 70 years ago, it has been witnessed several times since (this includes the most recent sighting as well as on April 11th and back in 2014). 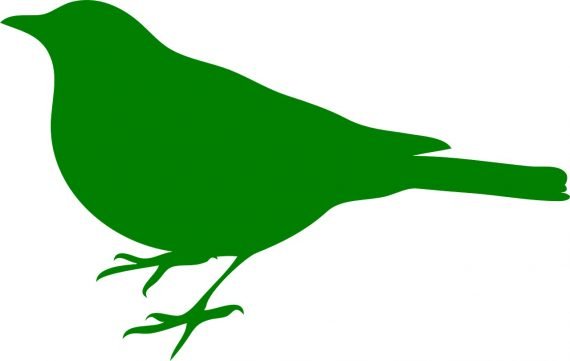 It is believed that the bird spotted in the June 27th sighting is a male as it had a black patch behind its eyes and black bands across its wings that aren’t found on females (they are a duller color of green with no black markings). Green broadbills live between 6 and 19 years of age, weigh between 43 and 73 grams (1.5 to 2.6 ounces), and have a wingspan that measures 17 centimeters (6.7 inches). They are herbivores that mostly feed on fruit (especially figs) and vegetables. They don’t have a specific bird song, but they do have numerous calls that have been described as sounding like whistles, rattles, trills, screams, or squeaking. Their calls are normally heard in the early part of the morning and late afternoon.

While the bird has been seen at several locations along the Malay Peninsula, Sumatra and Borneo, their population numbers have been declining at a rapid pace which is why local bird watchers have described this latest sighting as a “lifter”. Experts aren’t exactly sure how long the green broadbill has been back on Pulau Ubin but some think that it may have traveled there from other countries. This does make sense as green broadbills have a reputation for disappearing and then reappearing in locations where they were never spotted before. This may have something to do with how much food is in the area.

The bird has been described as being a “rare, non-breeding visitor” that can be spotted in forests, wooded areas, and even gardens as noted by the Nature Society (Singapore) Bird Group Records Committee. They are currently considered “near threatened” according to the IUCN Red List of Threatened Species. Pictures of the green broadbill can be seen here.