The Search for Extraterrestrial Intelligence just got two big boosts – a large influx of cash and a famous scientist and ET life proponent to spend it on a new project. The money comes from four rich donors inspired by the words of Harvard astronomy professor Avi Loeb – famous for his theories that the ‘Oumuamua interstellar object was a spaceship – and the new Galileo Project it is funding will look for SETI with a network of new telescopes and cameras. Is Loeb pushing the SETI envelope to the point where he could end up like the real Galileo – declared a heretic and kept under house arrest for his own unconventional theories and discoveries?

“Science should not reject potential extraterrestrial explanations because of social stigma or cultural preferences that are not conducive to the scientific method of unbiased, empirical inquiry. We now must ‘dare to look through new telescopes’, both literally and figuratively.”

In the press release for the Galileo Project, Avi Loeb tackles the heresy potential head-on – it’s time to “dare to look” at exoplanets and space objects in a new way. He also addresses the type pf researchers that the UFO and ET community is in dire need of. 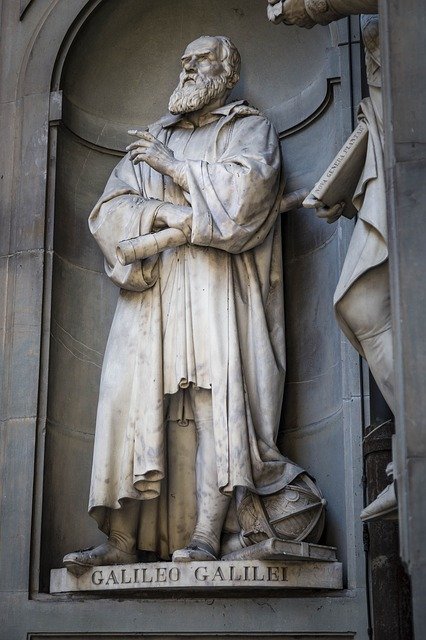 The three main objectives of the Galileo Project are to obtain high-resolution images of UAPs (UFOs) using a network of dedicated small-aperture telescopes; search for interstellar objects similar to Oumuamua; and search for extraterrestrial satellites orbiting the Earth. Loeb introduced a sizeable scientific research team at the project announcement. He’s surrounded himself with scientists from various fields and challenged them, other scientists, world leaders and the public to not treat this research the way Galileo’s was treated.

“Moreover, Galileo complained that some of the philosophers who opposed his discoveries had even refused to look through his telescope, e.g., to see the mountains on the Moon, or the four largest moons of Jupiter. Let us not repeat their mistake.”

They refused to look through his telescope. Does this sound like any prevailing practices and philosophies today? The Galileo Project is funding but looking for more financial support from individuals and foundations. In addition to open wallets, what the Galileo Project really needs is open minds. As the real Galileo once said:

“All truths are easy to understand once they are discovered — the point is to discover them."

Discover the truths. What a concept!