Invasion of the Monkey Men: Strange Scares and Mass Panics of the Fortean Kind

Several decades ago, a string of outbreaks of purported mass hysteria struck West Malaysia, in which victims suffered from a range of bizarre seemingly physical effects that, in some cases, they attributed to supernatural sources.

Among the symptoms discussed by those afflicted had been difficulty breathing suffered by some residents, while others were said to have become despondent upon entering an almost trancelike state. What is more, some residents also claimed to see mysterious personages that they associated with the seemingly spectral attacks.

The victims had in common the fact that they were all young students in the local school system, and this led to the belief that the children had likely offended spirits of the dead in some way, which had caused these unearthly manifestations to take place, even resulting in the “attacks” against some of the students. However, an investigation by psychologists Raymond Lee and S.E. Ackerman told a different story. 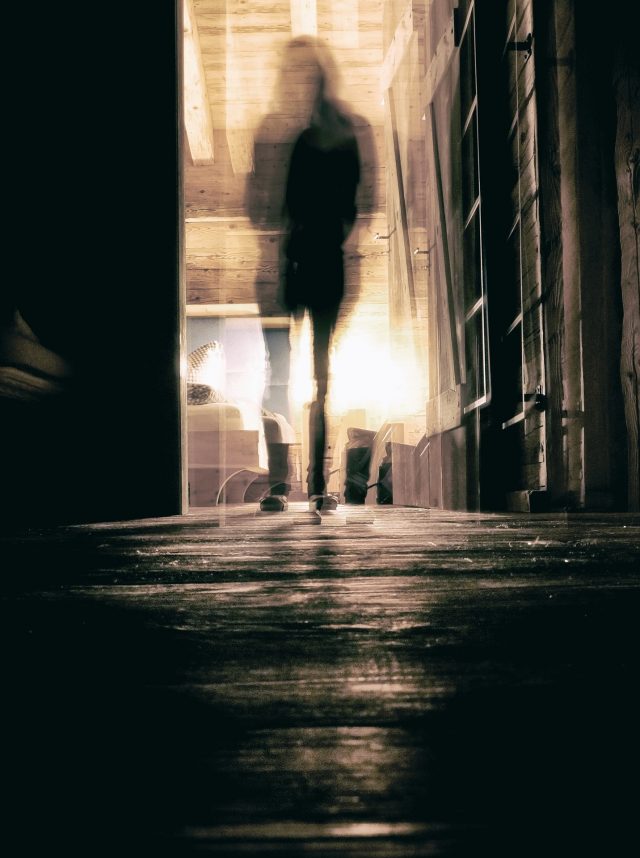 Lee and Ackerman recognized the odd fits of behavior as manifestations of mass hysteria, and interestingly, once a local group of Malay healers became involved by distributing talismans for protection and performing a benign series of ritual “sacrifices” to appease these spirits, the situation soon came to a resolution (at least until the next mass panic episode erupted a few years later).

Interestingly, Lee and Ackerman noted in their study The Sociocultural Dynamics of Mass Hysteria that both they and the local Malay healers had found ways to explain the phenomena within their own cultural frame of reference and, at least according to the healers, a “solution” that relied on magic had successfully resolved the situation… or at least apparently so. The simpler solution offered by the psychologists had been that parts of a society undergoing cultural transitions produced stress which manifests in what are sometimes peculiar ways; in this instance, it had been the perception that ghosts were attacking schoolchildren.

The mass hysteria cases of the late 70s and early 80s recounted above are by no means the only instance where peculiar panics that involved the belief in supernatural forces being at work erupted in parts of the world. In the early 2000s, a series of sightings of a “monkey man” in New Delhi, India garnered similar attention from clinical professionals and the media alike.

Described in most accounts as being a diminutive, ape-like creature, the “monkey man” spent weeks terrorizing residents in parts of greater New Delhi, causing some residents to sleep outside their homes and even on rooftops, and to build large fires to attempt to ward off the creature. However, descriptions of the beast’s appearance varied, with some reports describing the small apelike creature described above, while others described the creature as being clad in a metal helmet and button-up suit of armor, even wearing claws on its hands which it used to scratch unsuspecting residents who were unlucky enough to have been accosted by the creature. When the monkey man wasn’t busy shredding people with its claws, it was known to traverse parts of town by traveling across the tops of buildings, displaying its unusual prowess for leaping locomotion. 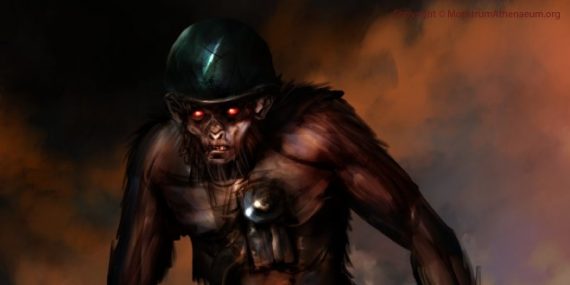 If this description sounds familiar, that’s because the “helmeted” variant of the monkey man bears almost uncanny similarities to another Fortean fiend of yesteryear: England’s “Springheel Jack,” another alleged phantom attacker that caused trouble halfway across the globe in the 19th century. What is the reason for the similarity between the two descriptions at different times, and in very different places and cultural settings? Could each instance present some kind of archetype that somehow manifests during a period of mass panic, where people begin to associate the perceived existence of a supernatural attacker with the very real stresses occurring in society?

The helmeted variant wasn’t the only alternative form the monkey man was said to take. In some instances, the creature was described by residents as being much larger—perhaps as much as eight feet tall—and appearing to possess a doglike snout. Here again, we see shades of the folklore associated with the American “Dogman” creature, a supposed cryptid which, apart from its doglike face, is essentially indistinguishable from America’s other hairy biped: the Sasquatch. Of greater significance here is that another variant of New Delhi’s “monkey man” bore a strong similarity to traditions elsewhere in the world involving a monstrous being.

Is there any significance to the appearances of such alleged creatures in various parts of the world coinciding with recognized periods of social stress and mass panic? To make this observation would be a far cry from supposing that all such instances of unusual animal sightings (i.e. sasquatch) or other anomalous phenomena observed from time to time (UFOs, etc.) could be explained away as mass panics. Granted, some have tried such an approach in the past, although to suppose that all instances involving unexplained phenomena are sociological in nature actually presents more questions (and problems) than it does answers.

After all, episodes of mass hysteria (while admittedly difficult to photograph, just like UFOs) don’t leave large, unrecognized footprints in the ground, nor do they appear in footage obtained by U.S. Navy fighter pilots.