Located in the peaceful Argentina Valley in the Ligurian Alps of Italy, just a stone’s throw from the border of France, is the serene, tiny town of Triora. Surrounded by sweeping natural vistas, soaring cliffs, and deep valleys, it is little more than a speck on the map, with just about 400 permanent residents living a life of peaceful solitude. Despite its small size, the surrounding natural grandeur has helped Triora land itself on an association of small Italian towns of historical interest called I Borghi più belli d'Italia, holds a place on excellent tourist destinations called Touring Club’s Bandiere Arancioni network, and it boasts a spot on a list of the top 100 most beautiful medieval towns in Italy. From all appearances this is a historical, quaint little hamlet that is clean and welcoming to all who visit, yet there is a very dark and sinister past pervading this place, and for all of its beauty Triora also carries the ominous nickname of il paese delle streghe, or “The Village of Witches.”

The town of Triora has a history going all the way back to ancient Roman times, and by the 11th century it was a thriving center of commerce in the region that continually had to defend itself from forceful invasion by the powerful Republic of Genoa. The Republic eventually just bought the town the old-fashioned way, and it continued to be an important place, not only financially and as an important crossroads for trade between Italy and France, but also valued for its military importance as a strategic location. It would be renowned as a center of trade and commerce, as well as known for its agricultural richness, until the town’s fortunes began to change in the late 16th century.

In 1587, Triora experienced a sudden influx of unexpected hardship. The plentiful crops the region had always enjoyed went into decline, famine followed, and starvation and woe spread through the area. Considering that up until that point the town had always thrived, there were soon rumors that something supernatural was afoot, that this place had been cursed. Before long, the situation was growing to include freak weather, plagues, pestilence, acid rain, and mysteriously dead, sometimes mutilated livestock. The word on the street was that witches were responsible for the town’s strife, with many stories springing up of sightings of witches rituals and acts of healing and other magic, as well as tales of conjured demonic spirits roving about and even human sacrifice and cannibalism towards children. These rumors at the time spread far and wide, and before long had captured the attention of inquisitors from Genoa and Albenga, the local diocese.

When the notorious and greatly feared inquisitor Giulio de Scribani and the priest Girolamo del Pozzo arrived in town, it did not take them long at all to come to the conclusion that this was a place corrupted and held under siege by witchcraft, and an investigation led them to the Cabotina area of the village, which was a hodgepodge collection of deteriorating, filthy huts outside the town walls inhabited by the poor and destitute. Scribani arranged systematic house to house searches of Cabotina, as well as surrounding communities, eventually rounding up dozens of young women, girls, and even one young boy, all suspected of being witches. Scribani, who was a former local magistrate, was probably the last one any of these women wanted to see, as he had built up a rather sinister reputation as a hardcore fanatic intent on wiping out the influence of the Devil on earth, and by extension witches. He was known for his gratuitous use of torture and violence, so his presence was likely not welcomed by those living there. 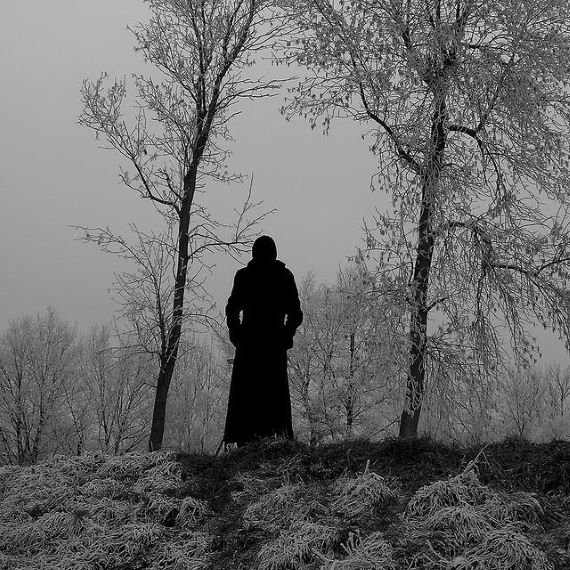 The list of suspects would soon expand to include even family members of local nobles, to the point that even the Inquisition was suspicious that there could be so many witches in one place. They were subjected to intense interrogation and torture, with some of them dying from this torture and another young woman committing suicide by leaping out of a window, marking bloodshed before the trials had even begun. Twelve of the accused refused to confess and one 12-year-old girl was released for reasons not clearly known. Some were executed, at least four of them, but in the end, the remaining witches were spared from execution by the Inquisitor of Genoa, as this was a point in time where execution of witches was becoming old-fashioned and Scribani was being increasingly seen as a fanatical loose cannon, although their ultimate fates are unknown. It was certainly too late to save those who died under torture or by their own hand. Some reports say that they were all indeed secretly put to death, but their fates remain elusive. Scribani would end up being excommunicated for his ways, although the damage had already been done.

It is said that up to 200 women were accused of witchcraft in Triora and in the neighboring villages, although the extent of their exact fates remains murky due to sketchy record-keeping of the time, and it has largely come to be known as “Italy’s Salem,” although this happened long before Salem. The witch hunt at Triora set off a massive witch hut that would spread through Italy and surrounding countries to lead to untold deaths and tortures, all driven by panic and superstitious fear of the supernatural. To this day the witch trials of Triora reverberate through the area, and the town has capitalized on it by holding tours of the Cabotina “witch town” and supposed places cursed by the witches at the time, as well as a museum dedicated to the witch trials called Museo Etnografico e della Stregoneria di Triora, and souvenirs, signs, and statues connected to witches all over town. With festivals devoted to the trials and Halloween events as well, it is clear that this place revels in its past. To this day the area gets its reports of hauntings and sightings of Shadow People, but it is mostly a very peaceful and serene location that tends to usurp its dark past, worth visiting whether you are looking for a cool little place or dark, sinister history and witches.

A Smoking Gun in the Mystery of Marilyn Monroe’s Death?