There have been numerous reports of people seeing a ghostly figure between Mines Road and Father Charles M. McNaboe Park in the city of Laredo, Texas.

Those who have seen the apparition have described it as being a female wearing a long white dress with dark hair. One witness named Ariana Villalobos described the entity’s demeanor, noting that she was “...quietly walking with composure looks as if she were sad or upset about something.”

One interesting encounter with the “lady in white” was recently caught on camera as a man was driving down Mines Road late at night. According Martin Godines, he did not see the ghost and only realized that one was on the road when he looked back at the camera that was set up in his car. “I was driving around 2 a.m. leaving a friend’s house,” he explained, “So as I was driving, I hadn’t noticed what my camera had captured until after I reviewed the video.” And that’s when he saw the glowing white apparition standing in front of his vehicle.

The image that Mr. Godines’ camera caught of the “lady in white” can be seen here.

So, who exactly is this female apparition all dressed in white? Many people believe that it is the ghost of La Llorona. A local paranormal investigator named Edgar Vega reiterated this by stating, “There is definitely something going on here, but I do believe that this is none other than La Llorona.” “The fact that the sightings occur near Father McNaboe and the river is right there shows why this is happening as these energies get attracted to water.”

He went on to say that the majority of sightings occur after about a week’s worth of rain. “La Llorona is a good explanation due to the fact that she is wearing white, seems sad and there is water.” “However, one thing that I don’t understand is why she does it not make sound as several people I have spoken to have said that the entity is very quiet and does not yell the classic ‘Mis hijos’ thing when walking nor nothing of that sort.”

The legend of La Llorona has been around for generations and the story goes that the murders she committed while she was alive have left her trapped here on Earth as a wailing scary spirit that tortures children. 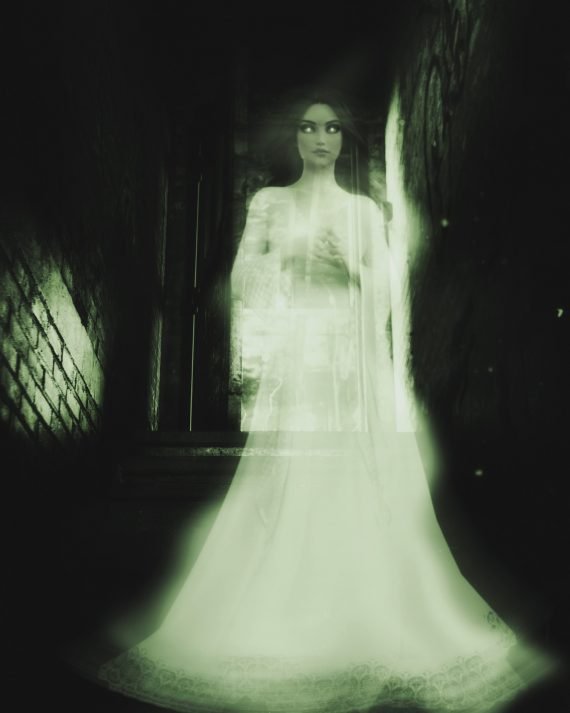 There are several versions of the story but the basic understanding is that many years ago a woman named Maria married a wealthy man and they had two children together. Eventually, they drifted apart and Maria caught her husband with another woman. She was so upset that she drowned both of her children but as soon as they were dead, she immediately regretted her actions and yelled out, “Ay, mis hijos!” which translates to either “Oh, my children” or “Oh, my sons”.

Some versions of the legend have stated that Maria drowned herself after killing her children but was sent to purgatory until she could locate her lost sons. Her ghost is often seen close to water, wearing her white gown and weeping while searching for her children. This is why she is known as La Llorona – meaning “the weeping woman”.

She’s apparently not a very nice spirit as she is known to attack and even kidnap children. Other versions of the story claim that she attacks cheating husbands. That is one scary legend.