More on Those Flying Monkeys: Not an Alien or a UFO in Place

Just a couple of days ago, I wrote an article here at M.U. titled: "Retrieved UFOs and Dead Aliens: Have Their Ever Been Any? Nope." One of the things I pointed out was that the famous Kingman, Arizona UFO Crash of May 1953 had nothing to do with little aliens, but everything to do with little monkeys. In that same article, I wrote the following: "If you read the early, 1970s, material on the Kingman 'case,' you'll see that [alleged witness Arthur] Stansel (while wasted on drinks, I should stress, and now dead) changed his description of the shape of the 'UFO.' One minute it was small and shaped like an aircraft fuselage. Then, he altered it to the shape of a classic Flying Saucer. Make up your mind, man. U.S. Air Force files demonstrate that in the same, precise time frame of the Kingman crash – specifically, during the Atomic Energy Commission’s Upshot-Knothole tests that Arthur Stansel played a role in – the military was secretly test-flying drone aircraft in the Nevada/Arizona area with monkeys on board. While the image of an unmanned drone aircraft packed with a crew of monkeys flying across the deserts of the Southwest might sound laughable and bizarre in the extreme, official papers establishing that such tests were indeed undertaken have surfaced." Now, let's move on... 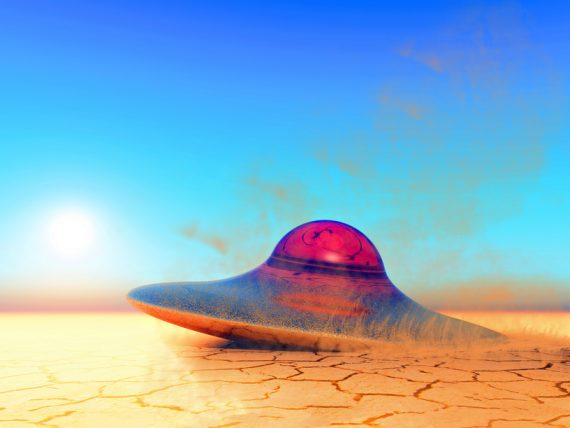 I found the files on this story at the U.S. National Archives. So, I thought that today I would expand on what I know. The relevant U.S. government documents begin as follows: "Office of Information Services Air Force Special Weapons Center, Air Research and Development Command Kirtland Air Force Base, New Mexico re: Early Cloud Penetration, 1/27/56...In the event of nuclear warfare the AF is confronted with two special problems. First is the hazard to flight crews who may be forced to fly through an atomic cloud. Second is the hazard to ground crews who maintain the aircraft after it has flown through the cloud. What are the dangers to be encountered by the personnel who fly through the cloud?--How much radiation can they stand?--How much heat can the aircraft take? -- Can the ground crews immediately service the aircraft for another flight?--If so, what precautions are necessary to insure their safety? The answers to these problems are part of a continuing research program conducted by the AFSWC."

The documentation continues: "The program was originally started during the 1951 Nevada Proving Group atomic tests called Operation Greenhouse. At that time rats and mice were placed aboard B-17 drone aircraft which were then flown through the cloud. Upon return of the plan to its base the occupants were removed and subjected to test to determine the amount of radiation they had absorbed. In the 1953 Upshot-Knothole tests , monkeys were used so that experiments could be conducted on larger animals nearer the size of man [italics mine]. drone aircraft were used to these experiments, their speed more nearly approximating that of current operational aircraft. As a result of all these studies and experiments the scientists behind the scenes felt their knowledge of the radiation hazards had progressed to a point where they were sure manned aircraft could safely fly through a radioactive cloud."

It should be noted that Arthur Stansel - who claimed to have seen the remains of a small alien body in 1953 outside of Kingman, Arizona -  worked on the very same Upshot-Knothole project, at the very same time monkeys were being remotely-flown in radioactive clouds in the skies of Arizona. There's more to come in regards to the document: "They proceeded cautiously at first, and the first manned aircraft to fly through a cloud penetrated the radioactive mass 45 minutes after bomb burst. The aircraft itself was filled with equipment to measure the amount of radioactivity inside and outside the plane, the temperature of the gasses inside the cloud, and other data needed by the scientists to make calculations and compare actual results with their earlier predictions. The occupants of the plane were also rigged with various devices for registering the amount of radioactivity received by them. Some wore various types of protective clothing, others film badges designed to register varying degrees of radioactive intensity, and still others swallowed pills of wax-coated film attached to strings to show the amounts of radioactivity absorbed internally. The strings were used to suspend the pills in the center of the scientists' stomachs and to retrieve the pills for later study." 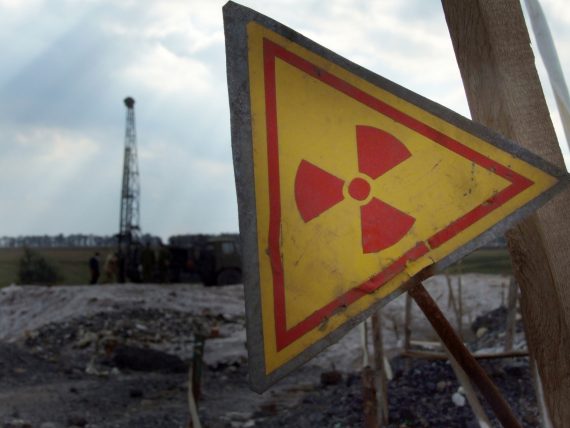 There's this from the National Archives, too: "From the defensive point of view it is imperative that we know how soon our fighters can fly through a cloud in pursuant to energy bombers if the latter succeed in penetrating our outer defenses to bomb their assigned target in this country. Also, should two or three enemy bombers get through our defensive network, the second and third, or succeeding bombers may fly through the cloud resulting from the bomb burst of the first, and by knowing how soon our fighters can enter, the ADC can then plan on intercept procedures to try and prevent the remaining bombers from reaching their targets. At the same time these experiments to determine how soon our aircraft could safely enter a radioactive cloud were being conducted, other and equally important tests were being made to determine how soon these same aircraft could be reserviced and made ready to fly again." And, finally: "While their achievements failed to receive the widespread acclaim accorded the flight crews who actually made the cloud penetrations, the soldier-scientists of the Air Force Special Weapons Center's Biophysics Division were the real heroes behind the scenes. Without their knowledge and painstaking research we would still be in the dark ages concerning radiation and its effects on the human body."

There's no doubt in my mind that Arthur Stansel - who worked directly on Upshot-Knothole - saw a small body that came down from the skies. He didn't see the remains of a dead alien, though. Rather, he saw a dead monkey, dressed in its little, silver outfit. Sadly, it was pulverized as a result of the crash of one of those aforementioned drone aircraft. The crash was hidden, but eventually leaked out and became a UFO legend. All "thanks" to Stansel exaggerating the truth.

Of Booms and Brontides: Acoustic Occurrences of the Anomalous Kind