Bill Nelson, the former astronaut who is currently the new head of NASA and who just finished reading the classified Pentagon report on UFOs, should know something about them, right? However, the big question yet to be asked is, “If NASA knows about UFOs and UAPs, would it share that information with the people who pay their salaries – the tax-paying public?” The answer to that may be found on the agency’s own Frequently Asked Questions page on its website. It’s not as long as ‘War and Peace’. In fact, it’s not even as long as the Cliffs Notes for ‘War and Peace’ (which is actually four volumes itself!). it’s more like the jacket flap of ‘War and Peace’. If you’re still interested, NASA’s “FAQ: Unidentified Aerial Phenomena (UAPs/UFOs)“ was updated recently to reflect the latest events in the search for explanations for the military sightings of UAPs. That should make it worth a look while in the bathroom, right?

“One of NASA’s key goals is the search for life in the universe.”

Right up front is NASA’s Trekkie “To seek out new life and new civilizations” mission statement, which completely ignores its Cold War military purpose from day one. Then the disclaimer:

“To date, NASA has yet to find any credible evidence of extraterrestrial life.”

Did the lawyers make them put that in right up front? More like the scientists, who accept the possibility but need the evidence, which the FAQ again states it hasn’t found … but “We do, however, continue to look.” Isn’t that what they’re paid to do? (Asking for a taxpaying friend.) Speaking of what they DO spend money on …

“NASA does fund research into technosignatures, but not for ground-based, radio-telescope searches due to NASA’s policy of supporting astrophysical research using space-based assets.

We also funded a Topical Workshops, Symposia, and Conference to develop a research agenda to prioritize and guide future theoretical and observational studies of non-radio technosignatures, and to draft a publishable report that can serve as the basis for building a library of technosignatures.”

Boring! There’s astronomers all over the world looking for technosignatures and biosignatures, but you’re the space agency that has put the most people and vehicles in space – vehicles with windows and instruments for watching for UFOs and UAPs. In fact, plenty of people make a point of watching the live International Space Station camera feed for the specific purpose of watching for UFOs as they fly by … and have noticed many times that said feed often mysteriously cuts out when this happens? Coincidence? Is that a frequently-asked question? If not, it should be. 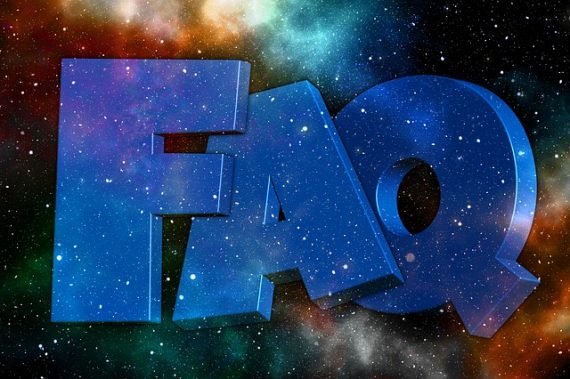 OK, the last FAQ (yes, that’s all there are) is the big one: Does NASA search for or study Unidentified Aerial Phenomena (UAPs)? You can hold your breath if you want because the answer is disappointingly short.

“NASA does not actively search for UAPs. However, through our Earth-observing satellites, NASA collects extensive data about Earth’s atmosphere, often in collaboration with the other space agencies of the world. While these data are not specifically collected to identify UAPs or alien technosignatures, they are publicly available and anyone may use them to search the atmosphere.

While NASA doesn’t actively search for UAPs, if we learn of UAPs, it would open up the door to new science questions to explore. Atmospheric scientists, aerospace experts, and other scientists could all contribute to understanding the nature of the phenomenon. Exploring the unknown in space is at the heart of who we are.”

Sorry, NASA. Figuring out what those UFOs and UAPs are is the heart of who WE are … and we’re the taxpayers! It’s time to shape up. Bill Nelson says he believes we’re not alone. Answer the questions or commit to finding out!

UFOs, Aliens, and the Bizarre Vanishing of Granger Taylor