Non-Human Entities and Wholeness and the Implicate Order

In my latest article on the strange world of the Collins Elite (a small group in the U.S. government that believes aliens are really demons) I told the story of how the group began and how I came to meet a few of the people involved. My key source for the story was Ray Boeche, both a priest and ufologist. In 1991, Ray was approached by two members of the group, both of whom were physicists working for the U.S. Department of Defense. They wanted guidance on how to handle some of the weirder aspects of their investigations into the world of all things demonic. It's a little-known fact, though, that Ray's two informants didn't just speak with him. Linda Howe had contact with them, too, three years after Ray Boeche met them. They particularly wanted to read Howe's book, Glimpses of Other Realities, Volume 1: Facts & Eyewitnesses. In June 1994, they provided a statement for Howe that revealed much about the group's belief-systems and the kinds of things they were into. With that said, I'll let you read what they had to say. Their words began as follows:

"Dear Ms. Howe: Your book is an excellent, thought-provoking work. Overall many salient points are covered quite well. Following are some random notes for your consideration. Study David Bohm’s Wholeness and the Implicate Order. Much insight into the mechanics of the NHEs (non-human entities) can be gained from study of his ideas. He [was] on target with his concepts, and our program is attempting, unfortunately to exploit them. Perhaps a better description might be that the mechanics of the NHEs ability to interact with our physical reality is what Bohm’s work details, and the contact with the NHEs has occurred, and will continue to occur, regardless of our understanding of the mechanism of the contact. Our misguided program directors cling to the false belief that we can control or manipulate the NHEs, when in actuality, the reverse is occurring – we are the ones being manipulated and deceived. Cellular changes in plants from within genuine crop circle formations are due to the same sort of energy release/exposure as that used in the so-called 'negative healing' experimentation. Once again, [the] forces being utilized by NHEs, to interact with us in a bizarre, confusing manner, designed to divert us and draw our attention from the true purpose of their actions: manipulation and deceit." 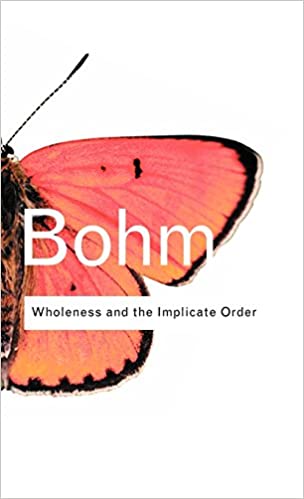 They continued: "The penultimate diversion in this whole area is the mutilation of thousands of animals. The NHEs, with the ability to work unseen (read invisibly), and to create incisions and excise tissue in manners which seem humanly impossible (because they are) and to either remain totally undetected, or to create the illusion of extraterrestrial beings (the apparent UFO/phantom helicopter sightings, and concomitant occupant sightings often associated with the events), provide an extremely effective smoke screen. People are now busy chasing secret government projects, satanic cults, and UFOs, while the actual perpetrating agents go unsuspected. Regarding the phantom helicopters, while many are direct NHE 'productions' (craft is not an appropriate term as they do not need to travel via a propulsion device), many are related to our program, especially regarding running checks and surveillance on mutilation sites and so-called abduction victims. The comment left on your telephone answering machine referenced on Page 194 (Glimpses, Vol. 1) may very well have been made by someone within the government hierarchy who has been convincingly fed the false ET scenario propagated as disinformation by those who are in charge of the NHE projects. Many variations of this exist, and all who are privy to a particular variation are convinced they have 'the answer.' With our society as it is now, the core truth of the situation is such that the public really could not handle it."

There was more to come: "The ultimate diversionary tactic to this point (and diversions will begin to increase in frequency, degree of strangeness, and in a more overt fashion, visible to greater numbers of observers) is the UFO abduction scenario. The concept of these events, real though they are, being the result of extraterrestrial beings is a masterful piece of disinformation to divert attention away from the real source of the NHEs. Our information as to the true nature of these events does not negate the possibility of extraterrestrial life. But the causal source of the UFO and UFO abduction phenomena is not extraterrestrial. The so-called Roswell crash of 1947 did indeed occur and debris of a non-earthly type was found, as were non-human bodies. Although in our position we cannot speak with authority, we believe that there is a basis in truth for Bob Lazar’s story of government-held 'craft.' However, the origin is not extraterrestrial. The NHEs being dealt with in our psi (mind control) weapons development, and who are apparently allowing themselves to be used, for a time, are neither benevolent nor neutral. It was our feeling that very few could understand or accept this. That is the reason we approached our mutual friend (Ray Boeche). His theological training, his acceptance of orthodox Christian thought, and his obvious abilities as an astute researcher, seemed to indicate to us that we might effectively communicate our concerns through him, and still maintain our positions, which would enable us to accurately monitor the ongoing work. He has made some blunt statements which run counter to the positions of his peers, and has been roundly criticized by many for his position, but we desperately hope that at least some are listening." 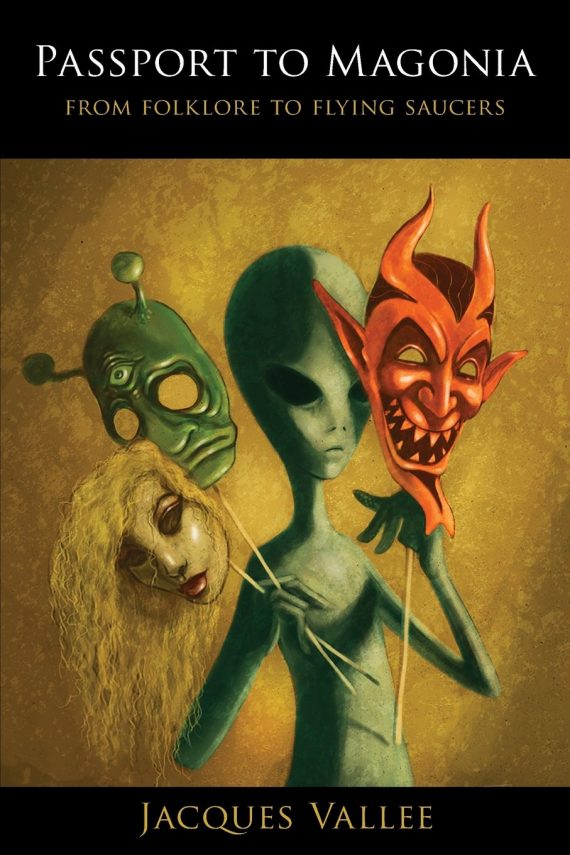 Things got even more intriguing: "Your comments and thoughts (in Glimpses of Other Realities) concerning ancient civilizations and their contacts with the NHEs need to be considered in light of the bigger picture of the deception of mankind as a whole. If this grand deception is taking the course it seems to be, then it makes complete sense to analyze the false gods of ancient civilizations in light of the current level of deception. It is only logical that given their non-human, other-dimensional nature, the NHEs would be able to foresee the need to establish a foundational base, the facts of which could be slightly twisted, or distorted, by the fog of antiquity and forgotten cultural distinctiveness, to seemingly establish themselves as the bringers of all good things to humanity. Explore [Jacques] Vallee’s Passport to Magonia again, for more close parallels between the 'faerie' manifestation of the NHEs, and current events. Dr. Vallee was so close to the truth of the situation, with the exception that the ultimate manipulators are not human."

Finally, there were these words from the two Deep Throats: "You have created a remarkable piece of work which helps to begin to point to the final truth behind the phenomena. Our mutual friend could be most helpful to you in explaining details of the deception. We, on our part, will be happy to answer specific questions you may wish to put to us. You must understand, however, that some things simply can’t be discussed. Please transmit your questions and or concerns via our friend. We believe you can understand our need for discretion, and the wisdom of limiting the number of direct contacts we make. We applaud your efforts, and we look forward to your next volume. You are a very bright and obviously courageous woman who seems to remember the maxim, 'You shall know the Truth, and the Truth shall make you free.' With our sincerest best wishes."

Another piece of a strange story that continues to grow.