“On the Trail of UFOs: Dark Sky” – A New UFO Documentary from Small Town Monsters

Small Town Monsters is a small town independent film company that lives up to its name and the philosophy of its founder and director, Seth Breedlove. His well-researched, beautifully filmed documentaries of famous and more often little-known cryptozoological monsters across the U.S. are as much strange creature guides as they are travel guides – both being helpful as we shake off our pandemic blues and hit the road. While he hasn’t run out of small town monsters (we hope!), Breedlove has taken a side road recently to explore small towns with UFO sightings – again, both famous and unknown. Add some aliens, Men in Black, mysterious mountains, a dark yet clear sky and a map of West Virginia and you have the ‘plot’ of “On the Trail of UFOs: Dark Sky,” the latest film from Small Town Monsters. 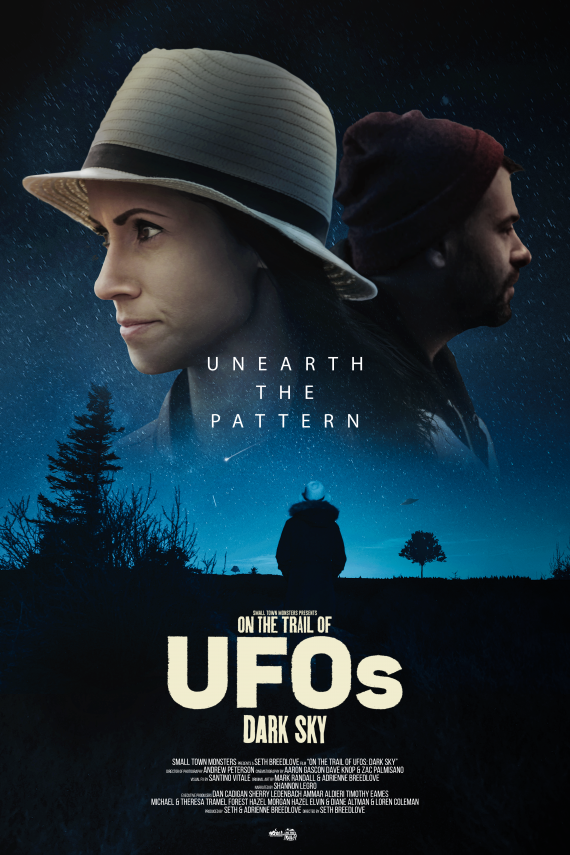 The first thing one notices as the documentary opens is director Seth Breedlove in front of the camera, this time with Shannon LeGro, his frequent collaborator, narrator, paranormal investigator and podcaster. As they begin their trip through West Virginia, the second difference from his previous films is that the focus of this one has narrowed from small towns to an even smaller unit – families. Personal stories and eyewitness accounts are the narrative of “Dark Sky” in a state where dark skies are actually pretty bright – we quickly find they’re filled with bright moving lights and unidentified objects rapidly rising, falling, crossing and disappearing. LeGro does an excellent job moving the narrative from Native American mysteries of the area to well-known UFO and alien encounters such as the Flatwoods Monster and Mothman to the many little-known (outside of the area) encounters, while patiently drawing out the accounts from the witnesses.

A common theme throughout “Dark Sky” is families – so many UFO sightings are made by families, couples, siblings and ‘nuclear’ relatives that one witness speculates that “they” target families. It’s not just sightings either – many tell of seeing aliens and, most interestingly, visits from the Men in Black or other mysterious figures following the encounter. The witnesses agree that West Virginia seems to be a UFO hotspot, and some attribute it to the fact that it’s a beautiful state where people like to spend time outside enjoying the view – a perfect opportunity to see a UFO. Some also point out that West Virginians like to talk and word of sightings spreads rapidly, making others feel comfortable sharing their own sightings and experiences.

When asked by LeGro what they think draws the UFOs to West Virginia, the answers range from the supernatural to the sinister, especially when considering the state’s abundance of mining and mineral processing facilities, its military installations and its remote mountainous locations for hiding and sky watching -- a number of which the film crew accompanied witnesses to in order to better relive their experience. On one, the crew actually went from documentarians to witnesses themselves. 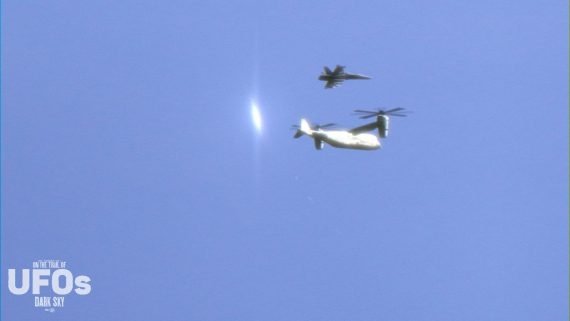 Throughout, Seth Breedlove, Shannon LeGro and the crew stay focused on the personal stories – painting detailed pictures that put the viewer in the small towns, hollows and families of West Virginia where UFOs have been seen. In the end, they achieve their goal of shedding light on the dark skies of the Mountain State.

Watch a trailer for “On the Trail of UFOs: Dark Sky” here. Preorders available here.

Strange Behavior and the Bizarre Unsolved Death of Kayelyn Louder