Plants Leading Secret Lives: Are They Really the Ones in Charge?

Humans have always had a way of managing to see ourselves at the center of every picture.

Despite our anthropocentrism, reality paints a vastly different picture: for every human being in existence on Earth today, there are estimated to be around 200 million insects, amounting to 300 pounds of wings, thoraxes, pincers, and other bug parts for every pound of human flesh.

In sum total, all 7.4 billion human beings alive today make up only about 0.01 percent of all the life on our planet. By contrast, if we were really to try and guess who the dominant species of this world might be, we would have to look at the flora that proliferates around the globe, constituting as much as 80 percent of all the living organisms on our planet today.

This, despite the fact that humans have succeeded in whittling plant populations back to around half of what they would be through land development and deforestation over the last several thousands of years. In truth, despite the lofty view we hold of ourselves, human beings are little more than a ripple on the surface of the vast sea representing all life in this world.

Such observations remind me of a rather striking story told by Dennis McKenna a few years ago, brother of the late Terrence McKenna who wrote books like Food of the Gods and others that documented the McKenna brothers and their colleagues’ studies of entheogenic plants in South America. On one occasion while taking the potent ceremonial brew ayahuasca, McKenna claimed to have perceived the essence or “spirit” of the plant ingredients speaking directly with him.

“Somehow I understood—though no words were involved—that the Banisteriopsis vine was the embodiment of the plant intelligence that embraced and covered the Earth,” McKenna said.

“Suddenly again from behind my left shoulder, came a quiet voice. ‘You monkeys only think you’re running things,’ it said. ‘You don’t think we would really allow this to happen, do you?’ and somehow, I knew that the ‘we’ in that statement was the entire community of species that constitute the planetary biosphere.”

“I knew that I had been given an inestimable gift,” McKenna recalled, “a piece of gnosis and wisdom straight from the heart/mind of planetary intelligence, conveyed in visions and thought by an infinitely wise, incredibly ancient, and enormously compassionate ‘ambassador’ to the human community.”

McKenna’s experience is similar to that of countless others who have taken ayahuasca and experienced what they perceived as a sort of “communication” while in the hallucinatory state.

In another instance, anthropologist Jeremy Narby also recalls taking three European molecular biologists with him to meet an Amazonian shaman, at which time the biologists took ayahuasca. Narby said that each of the scientists similarly described receiving insights and knowledge from what they perceived as “responses” issued by the plant, and two of them even went so far as to say they felt an “independent intelligence” had communicated with them directly.

To say that such experiences happen from time to time would be a far cry from calling them commonplace among the many accounts shared by those who have taken this once-obscure Amazonian entheogenic tea. Though ayahuasca is the popular term used for it today, other regional names throughout South America include “yage”, “natem” or “caapi” after the official name of its active ingredient referenced in McKenna’s account above, Banisteriopsis caapi.

It is this element, taken from the vine of the Liana plant, when paired with plants which may include Psychostria viridis and Diplopterys cabrerana, that create the psychedelic effect found in ayahuasca tea. In essence, the combination provides both the active hallucinogen, dimethyltryptamine (DMT), with MAO inhibiting alkaloids which allow the DMT to become active before being broken down in the stomach when ingested. 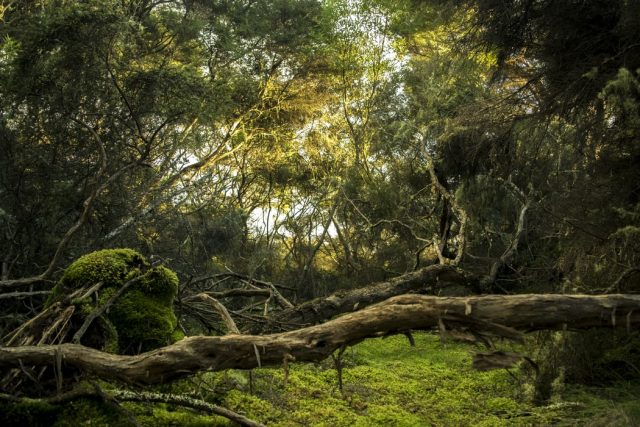 In recent years, following the publication of books by authors like the McKennas, as well as Daniel Pinchbeck and many others, a sort of renascence in interest in the effects of these unique hallucinogenic compounds has been underway. However, that’s not to say that there hasn’t remained some degree of interest in both naturally occurring plant-based psychedelic substances, as well as the more unusual qualities about plants, in decades past.

In 1973, the publication of The Secret Life of Plants by Peter Tompkins and Christopher Bird marked something of a milestone in this regard, showcasing a host of unusual accounts and experiments which attempted to drive home the idea of plants possessing some degree of sentience. The book, while widely regarded in some circles, also saw ridicule from the scientific establishment on account of what was labeled pseudoscientific claims that proliferated throughout it related to purported plant awareness and even communication.

However, in more recent years a number of studies have acknowledged the varieties of different ways that plants actually do show both awareness of things happening around them, in addition to possessing capabilities that one could liken to forms of communication. For example, when insects or other herbivorous organisms appear and begin consuming the leaves of certain varieties of plants, studies have shown that some species are able to produce enzymes that cause their vegetation to have an unpleasant flavor. This, in addition to the production of gases that warn other plants nearby about the presence of these hungry insects, so that their neighbors can produce similar enzymes themselves. 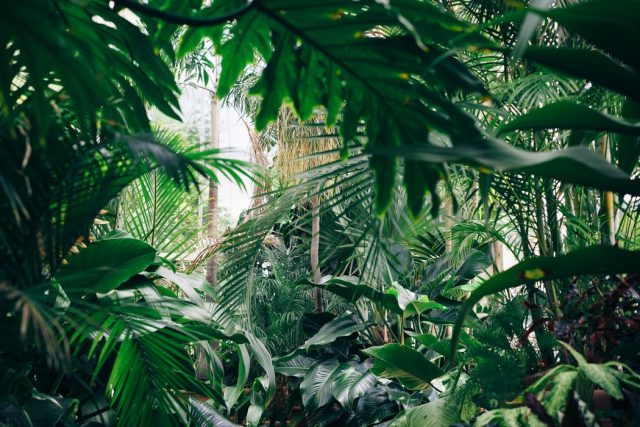 Michael Pollan, a researcher who studies plant neurobiology, says plants are more perceptive than past studies would seem to indicate.

“[Plants] have analogous structures,” Pollan says. “They have ways of taking all the sensory data they gather in their everyday lives… integrate it and then behave in an appropriate way in response."

“And they do this without brains,” he adds, “which, in a way, is what’s incredible about it, because we automatically assume you need a brain to process information.”

Similarly, researcher and arboriculture professor at the University of Florence Stefano Mancuso says that he also thinks plants are conscious, on account of the fact that they appear to display having awareness of their surroundings, and even time as it passes.

Is it possible that plants are the “real” dominant species on this planet, both in terms of their abundance, but perhaps also in terms of their “secret lives” which involve properties humans are only barely beginning to become aware of?

If so, then maybe what Dennis McKenna described being “told” during his ayahuasca experience was more correct than we could ever imagine: we only think we’re the ones in charge!