After a computer glitch caused the Hubble Space Telescope to turn off on June 13th, NASA engineers were finally able to repair it on July 17th and the new images that it captured of two very bizarre galaxies are spectacular.

The two galaxies that the Hubble was photographing are part of a program led by Julianne Dalcanton from the University of Washington in Seattle that surveys bizarre galaxies in the universe. 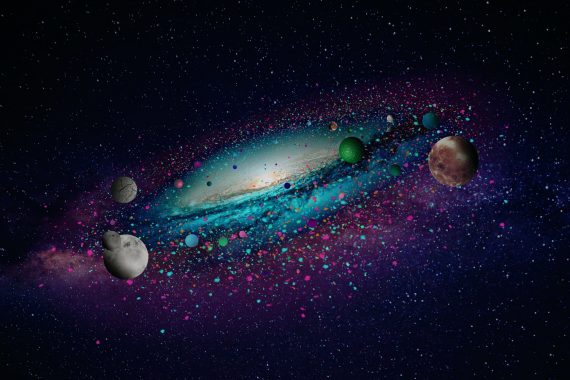 NASA released two photos with the one of the left showing a rare event called ARP-MADORE2115-273 of two interacting galaxies which are located in the southern hemisphere about 297 million light-years away from us. The fact that Hubble was able to capture high-resolution images of it is incredibly valuable as astronomers first thought that it was a “collisional ring” system that was formed by two galaxies merging in a head-on collision. However, Hubble’s recent observation revealed that the interaction between the two galaxies is a lot more complicated with dusty gas and countless stars.

The picture on the right is of a giant spiral galaxy named ARP-MADORE0002-503 that has very bizarre extended spiral arms that stretch out to a radius measuring 163,000 light-years. To put this into better perspective, it extends three times further than our own Milky Way Galaxy. Furthermore, the majority of disk galaxies contain an even number of spiral arms but ARP-MADORE0002-503 has three. This galaxy is located 490 million light-years away from Earth.

Both of the images can be seen here.

In a statement, NASA Administrator Bill Nelson said, “I'm thrilled to see that Hubble has its eye back on the universe, once again capturing the kind of images that have intrigued and inspired us for decades,” adding, “This is a moment to celebrate the success of a team truly dedicated to the mission.” The Hubble Space Telescope was launched in April of 1990 in a joint project between NASA and the European Space Agency.

Now that the Hubble is back working again, we will hopefully see even more stunning photos as those galaxy pictures were only two of numerous test pictures that it took after being rebooted. “Everyone is incredibly grateful, and we're excited to get back to science!” Dalcanton said. I know that I’m personally excited to see what more breathtaking photos the space telescope will send back to Earth.