Sagan and the Paleo-SETI Debate: Revisiting the Scientific Search for Ancient Astronauts

Has Earth ever been visited by spacefaring extraterrestrials? Many would contend that this much seems evident from the modern enigma of unidentified aerial phenomena, more commonly known as UFOs.

Despite the popularity of this idea, it is merely one of the many interpretations of what the origins of UFOs might be. As far as the lingering question of whether Earth has been reached by visitors from space, another approach has opted to look much further back into history for evidence of such visitation, by searching for “ancient astronauts” who might have arrived here and met with earlier cultures sometime within the last several thousands of years.

The idea has been popularized in recent years by shows like History’s Ancient Aliens which, if anything, presents a heavily sensationalized take on the concept. Despite this, the idea of “paleocontact” has actually seen quite a number of respectable proponents over the years (rather than being exclusive to people who achieved fame by expressing wild “theories” on popular television shows).

I recall a radio interview I participated in several years ago, during which an astronomer joining us by phone was asked whether he put any stock in UFO sightings. While he said he did not, he offered that he thought extraterrestrial visitation to Earth certainly might have occurred at some point in our planet’s ancient past. In his view, this seemed much more likely than modern visitations on account of the billions of years in Earth’s past during which aliens might have had time to reach us. Such extraterrestrials could have also arrived on Earth long before any intelligent life had even evolved here, and hence, how would we ever know they had been here in the first place?

Essentially, what our astronomer friend had been saying is that we can’t rule out the idea that extraterrestrials might have existed long ago, who possessed technological capabilities that allowed them to travel great distances in space. It seems unlikely that they would have altered the environment during their visit in ways significant enough to be detectable by modern scientists either. Thus, these hypothetical “ancient aliens” might have arrived and left again eons before humans ever even appeared, making their encounters with extinct forms of Earth life far more likely than them having contact with our early ancestors, as most modern "ancient alien theorists" would contend. 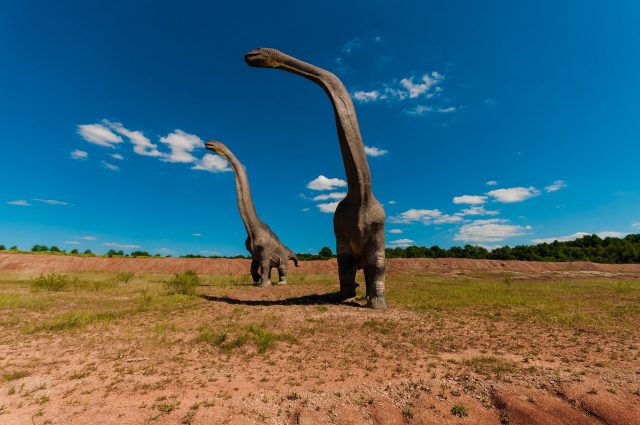 All of this to say, of course, that the idea of “ancient astronauts” is not only at least tenable given the way it is outlined above, but it is still favored by some scientists who view modern UFO claims as being likely hoaxes, delusions, misidentifications, and other things that have gradually fostered a culture of belief in space visitors.

At one time, Carl Sagan also seriously wondered about whether extraterrestrials might have ever made it here. In his 1962 paper titled “Direct Contact Among Galactic Civilizations by Relativistic Interstellar Spaceflight,” Sagan explored how intergalactic space travel might occur, looking at the possibility that evidence of visits to Earth by extraterrestrials might actually be something that could be recovered by historians and archaeologists, rather than by astronomers.

Sagan wrote that “there is the statistical likelihood that Earth was visited by an advanced extraterrestrial civilization at least once during historical times.” He acknowledged, however, that there “are serious difficulties in demonstrating such a contact by ancient writings and iconography alone.” However, he also expressed that “there are legends which might profitably be studied in this context. Bases or other artifacts of interstellar spacefaring civilizations might also exist elsewhere in the solar system.” 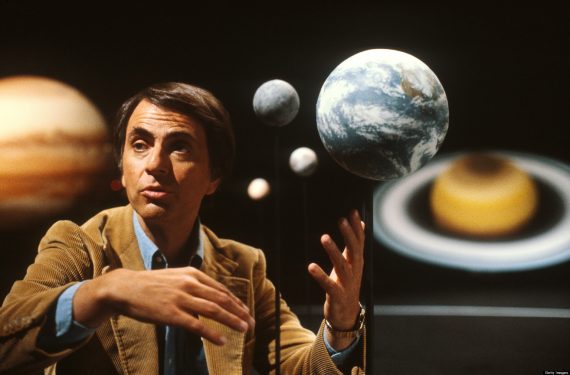 “[I]t is obvious that the reconstruction of a contact with an extraterrestrial civilization is fraught with difficulties,” Sagan added. “What guise may we expect such a contact myth to wear? A simple account of the apparition of a strange being who performs marvelous works and resides in the heavens is not quite adequate.”

It is fascinating to look back on the late astronomer’s body of work and consider that he had been an early proponent of searching for evidence of extraterrestrial visitation in ancient times. However, it wouldn’t take him long to distance himself from the idea, as he explained years later in his book Broca’s Brain:

“There are too many loopholes, too many alternative explanations for such a myth to provide reliable evidence of past extraterrestrial contact. If there are extraterrestrials, I think it much more likely that unmanned planetary spacecraft and large radiotelescopes will prove to be the means of their detection.”

Why did Sagan change his mind about the idea of paleocontact, if mathematical models suggested a “statistical likelihood” of Earth visitation in ancient times? Some have argued in recent years that Sagan, despite publicly decrying it, maintained a “private” interest in the idea of paleocontact. Others have gone so far as to suggest that the astronomer had been “silenced” after initially expressing what appeared to be generally favorable views on the idea, later choosing to maintain a respectable career rather than to risk his credibility through association with theories about extraterrestrials. 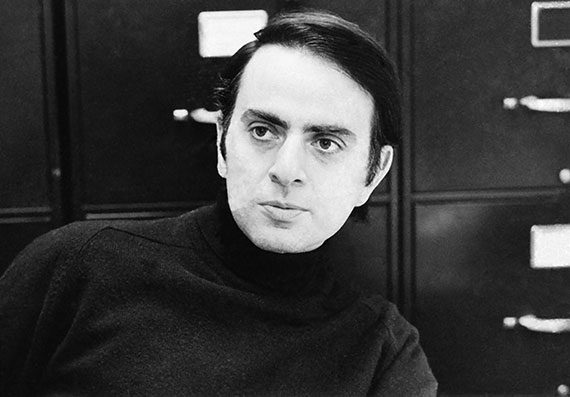 However, as the earlier passage from Broca’s Brain reveals, it seems that it had been Sagan’s own probing of this idea (and the simpler alternative explanations that always seemed to arise from such pursuits) that had been at the root of dissuading him from believing in ancient astronauts. Add to this the popularity of books like Erich von Däniken’s Chariots of the Gods, which Sagan would likely have sought to have little association with once they became runaway best sellers in popular print paperbacks, rather than in respectable scientific journals.

Although Sagan may not have continued to endorse his early ideas on “paleocontact,” it would be of little surprise if a few modern scientists still argued that his fundamental points maintain some relevance in the current search for extraterrestrial intelligence (SETI). Many of Sagan’s ideas were ahead of their time, after all... and these certainly weren't limited to his speculations about alien civilizations.