Some pretty strange things have been happening at a bar and restaurant located in South Shields, England. The new owners found a passageway, a secret room, and even a ghostly picture was taken that appeared to show an apparition.

In 2020, Alex Barr and Lee Porter opened the Barr Porter and Thai restaurant but they have since experienced some very strange and creepy events in the building. First of all, when they purchased the property, the previous owner warned them that the building may potentially be haunted.

It appears as though the previous owner was correct as someone showed the new owners a picture of what appeared to be a ghostly apparition in the upstairs function room as Alex explained, “We were talking to some of the regulars and just out of the blue one of them said they had a photo taken by a DJ that was here just before Christmas, who was setting up upstairs.” “One of the customers asked him to take a photo of the room and send it to them.” “He was the last in the building when he took the photo and in it you can see a figure at the back of the room.” 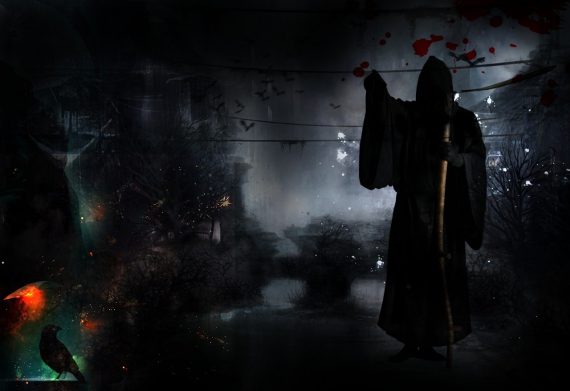 Alex then found a secret passageway that was believed to have been used several years ago when the building was a former gentlemen’s club. And that’s not all as he then discovered a secret room that was located behind a blocked-off door frame in the upstairs part of the building. He believes that it could have been once used by the Freemasons. “When I get some time I might knock the doorway down and have a look to see what is behind it. It is a strange one,” Alex stated. Furthermore, there is a window inside of the blocked-off room that can be seen from the outside of the building.

As for the ghostly activity, Alex described what he and his business partner have experienced, “We did a lot of decoration and a bit of repair work [last year] and my business partner would stay back late at night through the winter – he said he heard noises upstairs all the time like knocking.” “We’d joke all the time about possible ghosts and things but it's amazing once this photo came out the amount of stories that regulars have been telling us.”

When a paranormal investigator named Jean McNeil from Other Worlds Paranormal North East visited the location, two friendly ghosts were detected in the upstairs part of the building. One of the spirits is a woman named Margaret who passed away in the 1900s when she was in her 40s. There is also a little boy spirit called James who was from an earlier time period than Margaret. The investigator then sensed a third spirit who was believed to have been a monk from a time period before the building was even constructed and the area was nothing but land.

Pictures of the bar, including the ghostly figure and the secret room’s window, can be seen here.

Engineers Recreate the Sounds that Stonehenge Made When New