Silk from the Skies? A Tale of Odd Auroras and Strange Sky-Falls in the 1800s

During the 1850s, an aerial mystery was on the minds of many Americans. Strange lights had appeared in the late summer sky, and many wondered what the cause of this otherworldly glow had been.

However, these lights weren’t attached to strange aerial objects or “aeroships”, the likes of which would begin to be reported in newspapers of the era within a few decades.

Between late August and early September 1859, a massive geomagnetic storm occurred, resulting in some of the most vivid appearances of aurorae witnessed during the nineteenth century. “Few, if any, displays on record were as remarkable as was this one for brilliancy or for geographical extent,” wrote Hubert Anson Newton of the striking display, who added that “Certainly about no aurora have there been collected so many facts.” 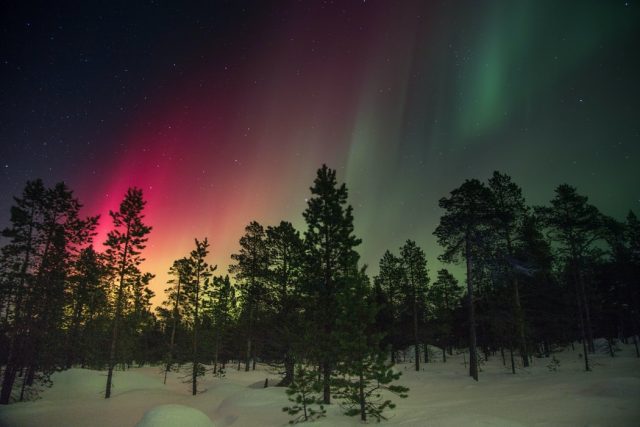 Some observers even swore they could hear unusual sounds during the height of the auroral displays. “Many imagined that they heard rushing sounds, as if Aeolus had let loose the winds,” read one portion of a lengthy article in the New York Times. “Others were confident that a sweeping as if of flames were distinctly audible,” the article added.

However, the authors noted that “if these same individuals will but listen this or any other evening as attentively as they did Sunday, they can satisfy themselves that the identical sounds are always perceptible on a quiet night.”

The geomagnetic storm of 1859 had been of such magnitude that observers all across the North American continent were able to witness lights dancing in the sky by night, even in southerly extremities. “The aurora borealis of August 28th was surpassingly brilliant not only in the northern portion of this continent, but also as far south as the equator — as well as in Cuba, Jamaica, California, and the greater portion of Europe,” read a lengthy article appearing in the December 1859 issue of The Atlantic.

The article added that Jamaicans had observed the lights “for the first time, perhaps, since Columbus's discovery of this island. So rare is the phenomenon in those latitudes, that it was taken for the glare of a fire, and was associated with the recent riots.” 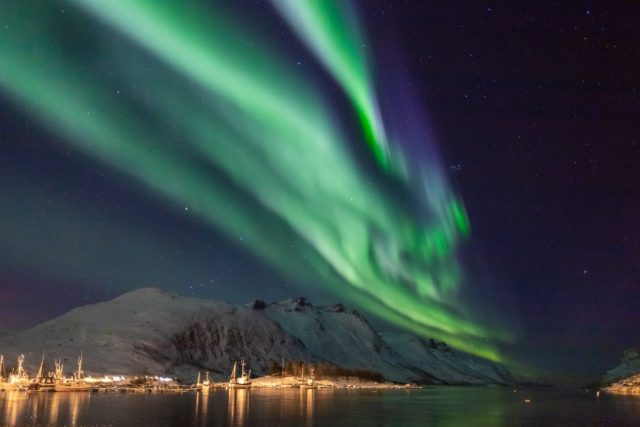 The Atlantic article from 1859 also noted correlations made by some scientists and other observers, which suggested links between the aurora and other unusual activity.

“Mr. E. B. Elliot of Boston, in an interesting article upon the recent aurora, points out the simultaneous occurrence of the auroral display of February 19th, 1852, with the eruption of Mauna Loa, — the largest volcano in the world, situated on Hawaii, (one of the Sandwich Island group,) — on the 20th of February on which occasion, the side of the mountain gave way about two-thirds of the distance from the base, giving passage to a magnificent stream of lava, five hundred feet deep and seven hundred broad.

“Again, on the 17th of December, 1857, between the hours of one and four in the morning, there occurred an aurora of unwonted magnificence. The first steamer arriving from Europe after that date brought the following intelligence, which is taken from one of the journals of the day: — “An earthquake took place on the night of the 17th, throughout the whole kingdom of Naples, but its effects were most severe in the towns of Salerno, Potenza, and Nola. At Salerno, the walls of the houses were rent from top to bottom. Numerous villages were half destroyed.”

"Were these coincidences of extraordinary auroras with extraordinary commotions in the physical condition of our globe merely accidental? or are these phenomena due to a common cause? The latter supposition is not improbable, but the question can be fully settled only by further observations.”

The possible correlations between aurorae and earthquakes were interesting in themselves. However, it was the observation of a Mr. Meriam of Brooklyn, New York, which drew the most unusual correlation of them all.

“The weather during the last few days has been peculiar,” wrote a Mr. Meriam, cited as “the sage of Brooklyn” in some newspaper accounts. In a letter he penned to the Editor at the New York Times, Meriam related a most curious observation that he associated with auroral appearance:

“The auroral light sometimes is composed of threads, like the silken warp of a web these sometimes become broken and fall to the earth, and possess exquisite softness and a silvery lustre, and I denominate them the products of the silkery of the skies. I once obtained a small piece, which I preserved.” 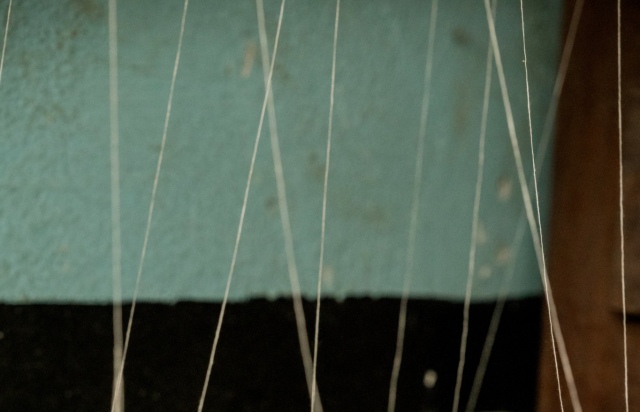 What might this threadlike substance have been that Meriam described? Many chroniclers of scientific oddities have pondered this question over the years, wondering what Mr. Meriam of Brooklyn might have been describing.

“Folklore and some questionable testimony claim that silken threads sometimes fall during auroral displays,” wrote William R. Corliss in his commentary on such incidents. “This charming thought seems to owe its origin to the analogy between the aurora’s motions and patterns and the operation of a loom, perhaps reinforced by the occasional swishing sounds accompanying auroras.”

“Obviously the testimony is highly questionable,” Corliss noted, adding that its inclusion in his sourcebook publication on luminous phenomena in nature “because of its similarity to other phenomena,” of which he listed 1) Gelatinous meteors or pwdre ser and the discovery of gelatinous material and other substances, 2) “the folk tales relating the anomalous appearance of fibers after earthquakes,” 3) “Many remarkable falls of silken threads or gossamer, as produced by several species of spiders,” and 4) “The belief by some scientists in the past that auroras are ‘material’ things.”

Of Meriam’s Scientific American account, Corliss noted that it was “ridiculous on the surface,” while admitting that if true, it represented “a most remarkable event."

Remarkable indeed, although Corliss had perhaps been kinder than those in Meriam’s own day. The Atlantic summarized his peculiar account thusly: “It is due to Mr. Meriam, as well as to the scientific world, to say, that he stands alone in his convictions with regard to the aurora, both in respect of the cause and the effect of the phenomenon.”

Whatever Meriam had been describing, it seems unlikely in hindsight that it had been associated with the great auroral displays occurring at that time. However, as historical accounts of the events of 1859 seem to show, while he might have been “alone in his convictions with regard to the aurora,” he certainly was not the only one at the time who attempted to associated strange phenomena with the unusually vivid nighttime displays.