Strange Behavior and the Bizarre Unsolved Death of Kayelyn Louder

Mysterious circumstances seem to come for anyone at anytime, often spiraling out into profound unsolved mysteries. The woman named Kayelyn Louder in many respects seemed like a typical normal person living a normal life. The 30-year-old social worker was looking forward to finding a new job and had high hopes for her future, not letting on that she had any issues or serious problems. September 27th, 2014 started out normally for her, a typical day, with Louder working on her resume and then taking her dog for a walk. That day her friends and family would report that she hadn’t been acting particularly strangely and had not mentioned any issues. Indeed, she seemed to be in high spirits, but that evening things would change, leading to a mysterious disappearance and death surrounded by bizarre behavior and weird clues.

That evening, Louder was relaxing at her home in Murray, Utah, along with her roommate Carole. At some point, Louder suddenly and inexplicably left the condominium to go walking off into the pouring rain outside, barefoot and without an umbrella, wearing only a tank top and shorts and leaving behind her cell phone, house keys, purse, and car keys. She did not tell her roommate where she was going or when she would come back, and it was very odd and out of character for her. When she did not come back, police were notified, but even at that point no one had a clue that her leaving the condo would be the last time anyone would see her alive.

Authorities quickly uncovered some rather odd instances of what could be called abnormal behavior, and it also would turn out that it was not the first time officers had been called to the residence that evening. Shortly before leaving the condo, she had placed an eerie call to 911 in which she claimed that there were intruders in her apartment, and in which she can be heard screaming at them to get out of her house. The interesting thing about this call is that her roommate was at home too, and can clearly be heard trying to convince Louder that no one is actually there and asking why she is making the call. During the call, Louder tells the 911 dispatcher that she cannot see the intruders, but can hear them talking to each other. The roommate tells Louder that the bolt is still locked and that no one could have possibly broken in, but Louder is adamant that someone is there, saying that they must have a key, to which her roommate replies that the door is still locked. Throughout the call, no matter how rationally the roommate tries to convince her that there are no intruders there, Louder will not listen, on several occasions yelling at the perceived trespassers and generally in a very aggravated state.

Police officers who arrived at the scene had determined that indeed there were no signs of any break-in or intruders on the premises and had left. It would then turn out that Louder had made several other odd calls to 911 in the previous days. In one, she called 911 and excitedly claimed that there had been a fight at a wedding reception at the the complex's clubhouse involving guns, but which was later determined to be an incident that had never actually happened, with the reception going on smoothly and peacefully. Adding to her strange behavior leading up to her vanishing is a piece of surveillance footage from earlier in the day showing Louder walking her dog and clearly talking to someone and making animated gestures, either to herself or someone off camera, although it has been pointed out that she could have just been talking to her dog, as some people tend to do. Her roommate Carole insisted that evening there had been no intruders at all and that Louder had been acting normally before making her harried phone call to 911 out of the blue.

Searches were carried out but were unable to find any trace of where she had gone until a month later, on November 30, 2014, when Louder’s decomposing body was found by West Valley City work crews looking at a drainage pipe, partially submerged under a bridge on the Jordan River about 5 miles away from her apartment. However, the discovery of her body only deepened the mystery. For one, detectives at the scene were unable to figure out how her body could have gotten to the location where it had been found. Although the body was found to be covered with moss, leaves, and other detritus from the river, it was determined that the water level and flow could not possibly have carried her body as far as it had gone. How did Louder end up in that river? No one had a clue, and on top of this, a clear cause of death could not be determined, making it more mysterious still. Indeed, there were no signs of physical violence on the body at all, no bruises, scrapes, or cuts, and there was not even water in the lungs, ruling out drowning as a cause of death. There were also no alcohol or drugs in her system, and the best guess was that she had somehow gone into the river and died of exposure. Adding additional layers of oddness to the case is that the autopsy took much longer than usual, and when it was finally released months later the results were deemed to be inconclusive, the cause of her death unknown. 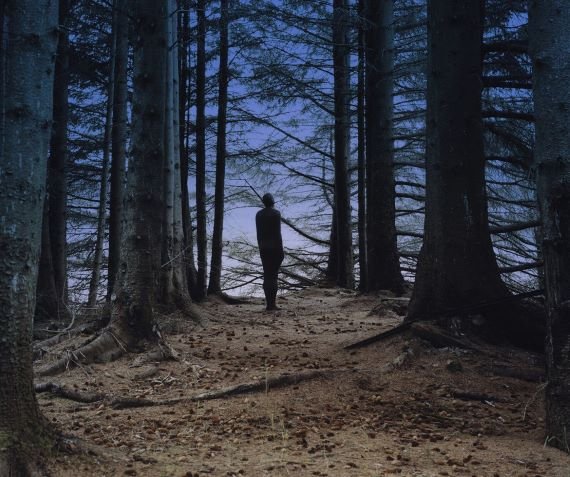 One idea that was thrown about was that she might have been suicidal and possibly having a psychotic break of some sort. It would turn out that Louder had been having a tough time of things, having recently lost her job and her twin brother, Colton, had been incarcerated for the shooting of their uncle, Jeffrey Ackerman. Her father also admitted that he believed she may have been suffering from depression, so perhaps this had spiraled into her snapping and wandering off to make it to that river, with the bizarre 911 calls further providing evidence that she had perhaps been suffering delusions or hallucinations. However, everyone who knew her insisted that Louder had never shown any sort of erratic or psychotic behavior before, and was certainly not suicidal. Also, if she had wanted to commit suicide by throwing herself into the river, then how had she been carried off 5 miles away when it was determined that the creek leading from the apartment to the river could not have carried her there. Did she walk 5 miles in the pouring rain barefoot just to throw herself into the river? It all seems a bit strange.

Authorities would rule out foul play based on a lack of evidence, and combined with the slow work on the autopsy and the general perception among Louder’s family and friends of the case being mishandled it is all pretty strange. They have continued to maintain that Louder was the victim of foul play and have kept up their search for answers, but as far as the authorities are concerned the case is basically closed in the void of any new information. It remains a mystery as to how Louder died, why she had left her apartment to go out in the rain barefoot, and what significance, if any, the weird 911 calls and surveillance footage have in relation to her disappearance and death. It is all very tragic and mysterious, and to this day no one is sure just what happened to her or what all of the odd details orbiting the case really mean.

When UFO Fiction Mixes With UFO Fact: From Orson Welles to Area 51, Part 1