The UFO phenomenon is full of very strange reports stretching back for many decades. From sightings, to crashes, to alien abductions, it really runs the range. Among these many reports there are some that are even odder and inexplicable than most. These are the cases that truly serve to make one scratch their head, and dwelling out amongst these are those bizarre accounts that seems to describe these mysterious vessels as stealing our water for reasons we may never understand.

A very strange such case takes us back to 1970, in the rural town of Langenschemmern, Germany. On April 9, 1970, a 65-year-old retired electrician by the name of Max Krauss was walking along a lonely country road on his way back home after a shopping trip. It was a quiet afternoon at around 4 p.m., yet suddenly the serene day would be intruded upon by two loud bangs that roused Krauss from his daydreams. He at first took them to be sound barrier booms, only “quite dull, as though muffled in cotton-wool.” Looking around trying to figure out where the noise had come from, he suddenly saw hovering towards him “a transparent ball some 40 cm. wide, which had spokes inside it.” The witness says it was heading towards a stream of water, and says of what happened next:

Seen from where I was, the thing was rotating on a vertical axis and anti-clockwise, and was floating, indeed gliding along, rather than rolling, a mere hand's breadth above the ground. As the thing passed me, I increased my pace and stepped out after it. At the moment of the encounter I was not frightened, merely astonished and curious. But I was incapable of doing anything whatsoever: such as picking up a stone, or going over to the thing and giving it a kick with my foot. I was stopped from doing so, and could only look on and observe.

The thing may have rolled along in this way beside me for about 150 metres or so. Then it halted, did a right-angle turn towards the little stream of water, and stopped there. The rotation stopped too. What I now observed is beyond my power to comprehend. From the dark centre of the ball there emerged, downwards, something resembling a hose-pipe, which bent itself back and upwards like a 'U' and then writhed about sideways several times (see sketches). In the bend that was nearest to the ball there appeared a gleam like brightly glowing hot iron. The glowing colour grew darker towards the more distant convolutions, and was only visible on the outward facing sides of each convolution of the hosepipe. The hosepipe started wriggling about like a worm, extended itself, and went down to the ground. I am convinced that it reached into the water. The 'worm' remained there for a short while, and then was drawn back in again.

At the same time, the central part of the ball changed colour throughout half of its radius, becoming milky, like water just before it boils. The outer shell of the ball now displayed a bluish tinge, somewhat like the ionized air to be seen around electrical high-tension generators. Then the strange object slowly started its rotating, gliding movement again, passed across the road, quite close to me, to a point a pace or so into the field. And there it vanished, so absolutely silently, and at such lightning speed, straight upwards into the sky, that I was unable to follow it with my eyes. 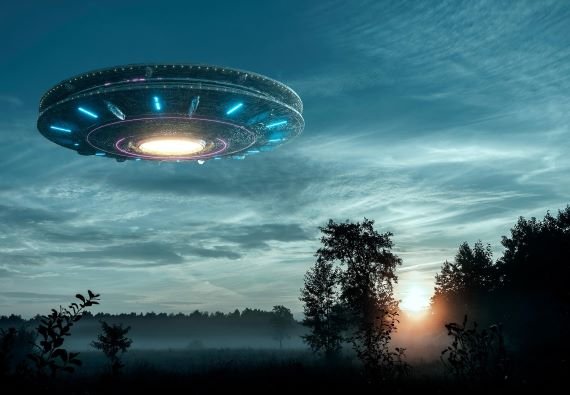 The case was first written of by German UFO researcher Hubert Malthaner, and it is hard to figure out just what is going on here or what this object was trying to do. Anther similarly odd case also comes from the 1970s, this time in the vicinity of Bradenton, Florida, in the United States. On the evening of December 13, 1973, the witness, a Patrick Thrush, was driving along near the Branden River when he spotted lights in the sky, which he at first took to be those of an airplane coming in to crash into the river. The object disappeared below the horizon, and still thinking it was a plane in trouble he sped off to see if he could see it again. As he turned a bend near the river bank, his headlights then hit a metallic silvery object about 30 feet in diameter and about 11 feet thick, hovering 20 feet above the surface of the water, and even stranger was that a tube went from the bottom of the object down to the river.

Thrush then tried to take a photo of the object, but his camera flash must have been noticed, because the object then retracted its tube from the water and headed towards him. As it approached, he claims that he heard “several loud clanks and a splash,” leading him to get the impression that it had dropped something into the water. It then passed right over his car, and Thrush could hear several objects clang and bounce off the roof of the vehicle. The object then moved off, picking up speed and its glow changing color from a pale bluish-green to an angry reddish-orange. When the UFO was gone and he went out to see what had hit his car, he purportedly found three shiny rocks that were dry and warm to the touch. The rocks were later were analyzed and two were found to be iron pyrite, a substance native to South America, while the remaining one was classified as “a cinder produced from an extreme heat source.” Just what was going on here? Who knows?

That same year, in July of 1973, a witness in Japan called the pseudonym “Masaki Kudou” to protect his real identity, was working as a night watchman at a lumber yard in a small industrial town on the south coast of Hokkaido when he had an experience that would change his life forever. That evening, Kudou was the only one on night watch duty, alone in that creepy lumber facility and empty lumber yard. He went about his patrol as usual, then went to take a break and have a smoke in his car in the abandoned parking lot. As he sat there puffing away, he saw a light streaking across the sky, and at first he thought it was just a shooting star, but then the orange-colored light moved back into view and began doing maneuvers in the sky, switching on and off like a lightbulb. Kudou described it as being “the size of a baseball,” and it would occasionally emit a green beam of light. The object seemed to be fixated on the nearby dome of a cement factory, which it took to doing spiraling maneuvers over, and after some time of this it lost interest and moved off over the grey waters of the bay. 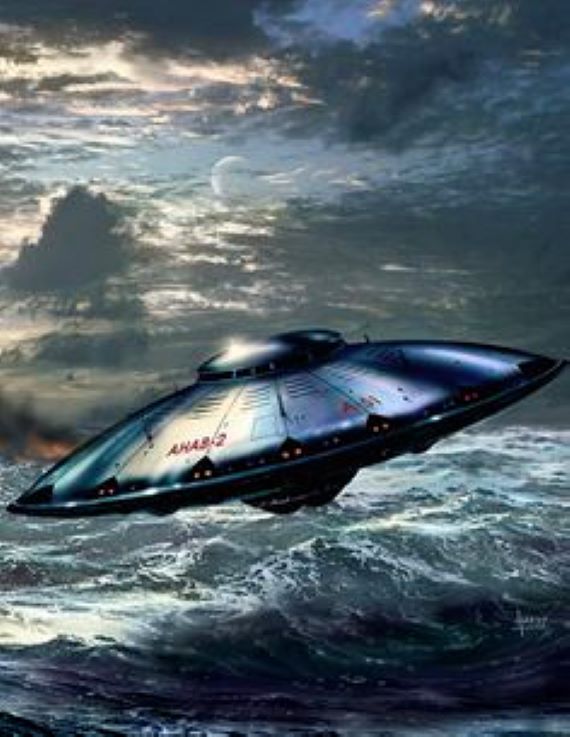 Once the object had reached the water, it then allegedly dropped to hover about 75 feet over the surface of the water and drop down what appeared a be a glass-like transparent tube into the bay. Kudou claims that the tube began to glue blue when it touched the water, and appeared to be siphoning up water into the craft, all while a sort of low droning, insect-like sound reverberated through the air, which he likened to the sound made by cicadas only much lower in pitch. After a few minutes of this, the object then stopped its sucking up of the water, retracted its tube, and headed right towards the frightened man. He could see as it drew closer that it was completely smooth and had small windows around the center, through which he could glimpse two malformed "eerie, shadow-like figures too small and deformed to be called the shadows of men." He also noticed several drums like gasoline cannisters arranged into a cylindrical object hovering off to the side, which he assumed were being used to house the water that had been taken from the bay. At this point he could see several round lighted objects begin hovering around them, which were then drawn into the cylindrical object, after which the round and cylindrical objects moved off at great speed. Kudou would also report that throughout the whole ordeal his car radio had been going haywire and he had had an immense headache that subsided soon after the objects were gone.

In 1979, we have yet another report from the country of Peru. On February 13 of that year, a Sr. Valdemir Menussi went out fishing with four companions at the Rio Grande in the Territory of Minas Gerais just to the north of the rural town of Mirassol. It was a clear and sunny day, the fishing was great, but they would be intruded upon by a massive circular disc-shaped flying object around 100 feet in diameter, which seemed to be headed right for them. Indeed, the object passed right over them, after which it took up a fixed position over the water. It would hover there for nearly an hour before suddenly discharging “three luminous tubes of blue neon light,” from the center of its base, which extended down to the surface of the water and began to suck up large volumes of water. This went on for several minutes, after which the tubes were withdrawn and the large craft emitted a “luminous beam, like electrical sparks” towards the water. The witnesses would explain that wherever these sparks hit, the water would become agitated and frothy. Apparently, the ray would stop, after which a new ray was projected from a different spot on the base, alternating between both rays, and during this the witnesses claim they simultaneously received a telepathic message that said “Do not be afraid, nothing unpleasant will happen to you. Remain calm. We are working here. In the future Earth will know.” The huge disc then began to glow blue, then orange and red, before shooting straight up into the sky at extreme velocity without making a sound.

What are we dealing with in accounts such as these? What sort of inscrutable activities were these things up to? Why go about taking water and what did they want to do with it? Are these even reliable cases at all, or merely delusional rants? Whatever the case may be, these are some really damn strange accounts that serve to propel the UFO phenomenon further into the weird and show us that this is something that can be at times completely and truly bizarre beyond words.

Double Trouble: Uncanny Tales of Twins Who Grew Up Separated