In recent years there has been increasing coverage of military encounters with UFOs, with the U.S. government surprisingly acknowledging such incidents, and while avoiding saying these things are otherworldly, not denying it either.  Yet while most people have their eyes trained to the skies, a lesser known aspect of this ongoing phenomenon is what seems to be going on underwater. One area of the UFO phenomenon that doesn't seem to get as much coverage is that of what are called USOs, or Unidentified Submersible Objects, basically underwater UFOs, which are every bit as strange as their sky-going brethren and with which military submarines have had very bizarre encounters.

Some interesting cases of USOs have been reported by personnel within the US Navy, from which there has been footage released showing UFOs entering the water. Chief among the proposed evidence for this is a video taken off the coast of San Diego in July of 2019 by crew aboard the USS Omaha. The video, which was released by UFO researcher and investigative filmmaker Jeremy Corbell, shows a spherical object fly over the vessel before coming down to make a controlled descent into the water, with a crewmember heard to exclaim “Wow, it splashed!” The video caused quite a stir online, but it would become even more interesting when information would come out that at around the same time, US submarines were also picking up mysterious objects underwater that seemed to defy physics. The Navy confirmed that the footage was authentic and unexplained, and the Washington Examiner's Tom Rogan has said of this in connection with the USS Omaha footage:

Relevant to this video, an area we will learn more about is the interaction between US Navy submarines - nuclear ballistic submarines and attack submarines - picking up sonar contact of things moving at hundreds of knots under the water. There is an undersea dimension to this, on top of what the pilots are seeing above water. Hundreds of knots under water? I don't think people can even digest that. That is what I have heard from very good sources and that the US Navy has the data. 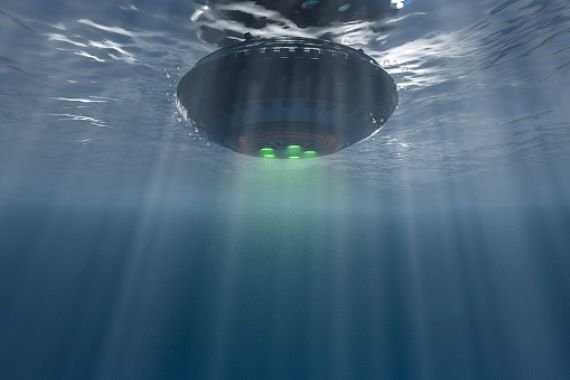 Another report concerning submarines came in the wake of the well-known USS Nimitz UFO incident, during which a fleet of US Navy vessels was constantly buzzed by unidentified flying objects. According to former United States Air Force intelligence expert Mike Turber, in one incident a US Navy submarine encountered a mysterious craft hurtling at 550mph through the water in 2008, which looked exactly like the tic-tac-shaped craft sighted by the crew of the USS Nimitz. Turber would say of the incident:

There was a submarine situation – that report will probably come out further down the line. It (the tic-tac object) was travelling at 550mph. As far as I know, it was a Los Angeles-class submarine. It was kind of in passing when someone mentioned it – I thought it was just a torpedo. But, apparently not.

Another incident came to light in 2017, when the former Blink-182 front man, avid UFO researcher, and founder of the UFO research group the To The Stars Academy, Tom DeLonge, released a previously unknown report that is allegedly a first-hand account of astronomer and UFO researcher Marc D’Antonio, who often works with the Navy and was granted a ride aboard a nuclear fast attack submarine in the North Atlantic and had a rather mysterious experience. He would say of this:

As a thank you for doing some work for them Navy asked me if I wanted to go for a ride in a submarine so I said yes. Once we got under I was sitting in the sonar station and the sonar operator was sitting right next to me. Submarines are loud – people think they are very quiet and it’s true they are on the outside because the sound doesn’t get out. But inside you hear fans, noise - it’s a constant din on a sub. I was sitting there zoning out a little because I was sea sick and all of a sudden the sonar kid shouts 'fast mover, fast mover' and I’m jolted awake – thinking ‘What’s happening? Is it a torpedo?’ The executive officer comes out and the operator shows him the path of the object and the officer says 'How fast is that going?' And the kid said 'several hundred knots'. I start to lean forward to listen in – and the officer said ‘Can you confirm it?’ So he goes to another sonar machine and confirmed it wasn’t a machine anomaly - it was real. I thought ‘Wow that is incredible’. When the sonar guy said ‘What do I do with this?’ the officer said ‘log it and dog it’ - in other words log it and bury it.

According to DeLonge, multiple nuclear attack submarines would track the strange object through the North Atlantic for about a week. Not only this, he claims that there is a government organization devoted to tracking these underwater objects. When a few years later Marc spoke to a senior Naval officer about the incident, he was given the cold shoulder but he was able to confirm that what he calls the "Fast Mover Programme," a military investigation of USOs, exists. He has said of this:

I asked him ‘Can you tell me about the Fast Mover Programme?' He looked at me and said 'Sorry Marc I can’t talk about that programme'. So he basically confirmed to me that the programme exists - he said everything without saying anything. What that told me was that USOs are common – we even have a programme in place to classify and log and determine the speed of them and it goes into a vault. 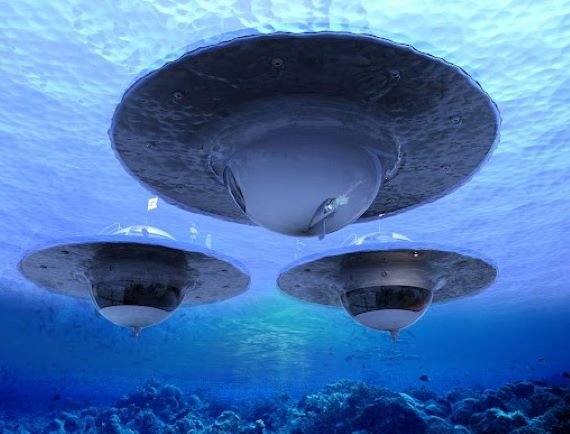 According to the site The Drive, they interviewed a veteran sonar operator and instructor turned pro gamer called 'Jive Turkey' and asked him about any strange experiences he had ever had with USOs, and he had this to say:

I don't know what they are...  We usually logged it as seismic or biologic. We were instructed that nothing is ever 'unknown.' That's the thing, it's so quick you can't measure the speed. In the examples I am thinking of, it is a detection that lasts a few seconds on the towed array. There is no way to measure the speed accurately because there isn't enough data...

The Drive is rather skeptical of the 2017 DeLonge report, though, citing that the Navy does not give out free rides aboard submarines to civilians and the release of the story was done in an amateurish way. While they come to the conclusion that Navy submarines do indeed have some unusual encounters and hear some strange things down in the deep, they have said about the 2017 DeLonge/ D’Antonio incident:

We talked with a number of sources during our investigation. What we learned is that yes, unexplained noises and even tracked contacts do pop-up on submarines' sonars, some of which seem to move at incredible speeds, but it is rare and the data is often inconclusive as to what was actually detected. But maybe most interesting, and peculiarly so, is that the Navy doesn't actually have a way to classify these strange sounds as unknown and tag them for further review.  The biggest takeaway here is that mysterious sounds do emanate from the deep and are heard by the most talented sonar operators in the world working the most advanced underwater listening equipment ever created. But the Navy seems to have made it all but impossible to classify these events for further review as sonar operators aren't allowed to 'not know' what something is. As for a quartet of American submarines pinning an impossible to identify craft down in the depths of the Atlantic, we are still waiting to see any evidence of anything like that occurring. It doesn't do the To The Stars Academy or DeLong any favors teasing such information in such an amateurish way either. This is unfortunate considering the high aims of To The Stars Academy and the impressive brain trust they have amassed. 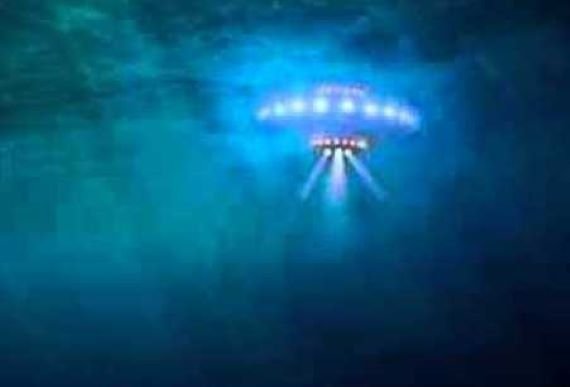 Americans are not the only ones who have had military submarine encounters with these mysterious USOs. British UFO investigator Philip Mantle has mentioned several such cases involving Soviet submarines in his book Russia's USO Secrets, which is based on information coming from declassified documents and testimony from Russian military veterans. One such account comes from former nuclear submarine commander Yury Beketov, who says his submarine was doing maneuvers somewhere near the Bermuda Triangle when they had a strange encounter, of which he says:

We repeatedly observed that the instruments detected the movements of material objects at unimaginable speed, around 230 knots (400 km per hour). It’s hard to reach that speed on the surface – only in the air is it possible. The beings that created those material objects significantly exceed us in development.

A particular harrowing report mentioned in the book allegedly happened in 1951, when a Soviet submarine encountered a massive underwater object, which measured 200-250 meters long and was supposedly rising from the depths as it headed towards shore. According to the account, the captain actually ordered depth charges to be dropped on the object, which seemed to have no effect, but which nevertheless caused it to stop its ascent, change course, and head out to deeper water at great speed. What was going on here? Indeed, what is going on in any of these cases? It would seem that these craft, whatever they are, are just as active below the surface as they are above, and it leads us to wonder just what is going on. Are these some sort of misidentification, a top-secret new type of underwater vessel, or what? There is no way to tell, but it seems that whatever they are, they have baffled military officials and serve to show that the USO phenomenon is no joke, and is probably worth looking into further.

Dangerous and Creepy Creatures That Only Inhabit Canals: Beware!