Teleportation: Is it Feasible?

One of the more intriguing – and highly controversial – claims I've heard concerning Area 51 is that top secret research has been undertaken at the base in the field of none other than teleportation. Of course, nothing solid has ever come my way. And, given the fact that the base is impenetrable, it's unlikely anything ever will. That's not to say that research isn't going on in this incredible field, however. Let’s look a bit deeper at the matter of teleportation: the very same technology that has become famous in the likes of Star Trek and the 1958 movie (and its 1986 remake) The Fly. Let’s see what teleportation actually is.  IBM stated the following concerning this decidedly fringe part of science: "Teleportation is the name given by science fiction writers to the feat of making an object or person disintegrate in one place while a perfect replica appears somewhere else. How this is accomplished is usually not explained in detail, but the general idea seems to be that the original object is scanned in such a way as to extract all the information from it, then this information is transmitted to the receiving location and used to construct the replica, not necessarily from the actual material of the original, but perhaps from atoms of the same kinds, arranged in exactly the same pattern as the original." 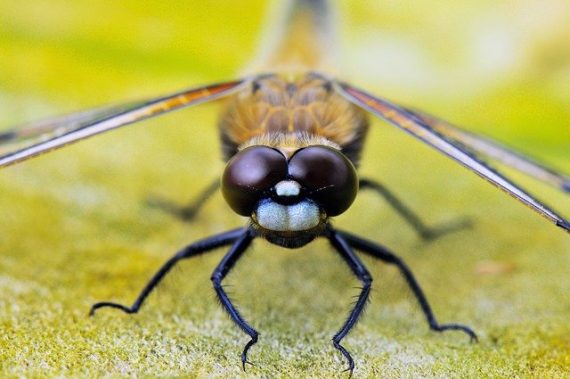 IBM continues: "A teleportation machine would be like a fax machine, except that it would work on 3-dimensional objects as well as documents, it would produce an exact copy rather than an approximate facsimile, and it would destroy the original in the process of scanning it. A few science fiction writers consider teleporters that preserve the original, and the plot gets complicated when the original and teleported versions of the same person meet; but the more common kind of teleporter destroys the original, functioning as a super transportation device, not as a perfect replicator of souls and bodies." In 2017, the Guardian said: "Chinese scientists have teleported an object from Earth to a satellite orbiting 300 miles away in space, in a demonstration that has echoes of science fiction. The feat sets a new record for quantum teleportation, an eerie phenomenon in which the complete properties of one particle are instantaneously transferred to another – in effect teleporting it to a distant location."

The BBC ran an article on the astounding story titled "Teleportation: Photon particles today, humans tomorrow?" It included the following, under the sub-heading of "What has the Chinese team achieved?": "They created 4,000 pairs of quantum-entangled photons per second at their laboratory in Tibet and fired one of the photons from each pair in a beam of light towards a satellite called Micius, named after an ancient Chinese philosopher. Micius has a sensitive photon receiver that can detect the quantum states of single photons fired from the ground. Their report - published online - says it is the first such link for 'faithful and ultra-long-distance quantum teleportation.' 'It is a very nice experiment - I would not have expected everything to have worked so fast and so smoothly,’ says Professor Anton Zeilinger from the University of Vienna, who taught Chinese lead scientist Pan Jianwei."

As for the matter of teleportation in the real world, we have to turn our attentions to a man named Eric W. Davis. In 2004, the U.S. Air Force quietly (as in extremely quietly) contracted Davis’ Las Vegas, Nevada-based Warp Drive Metrics company to prepare a report for them on the feasibility of teleportation being feasible. It became known as the Teleportation Physics Study. We know that as the Air Force has now placed the report in the public domain. The specific arm of the Air Force that had a particular interest in teleportation was the Air Force Research Laboratory, Air Force Materiel Command, which is based out of Wright-Patterson Air Force Base, Dayton, Ohio. The Air Force states of the AFRL: "Air Force Research Laboratory, with headquarters at Wright-Patterson Air Force Base, Ohio, was created in October 1997. The laboratory was formed through the consolidation of four former Air Force laboratories and the Air Force Office of Scientific Research. The laboratory employs approximately 10,000 military and civilian personnel. It is responsible for managing and annual $4.4 billion (Fiscal Year 2014) science and technology program that includes both Air Force and customer funded research and development. AFRL investment includes basic research, applied research and advanced technology development in air, space and cyber mission areas.

What the above tells us is that even if teleportation - as it is popularly perceived - has not been achieved, then, still, a lot of facilities and programs have looked into it. Maybe, one day, we'll all be surprised and find out that it has been perfected.