The Alien Contactee Eduard Meier and his Controversial UFO Photos

Eduard "Billie" Albert Meier was born in the town of Bülach in the Zürcher Unterland of Switzerland in 1937, and from a very young age he would begin to have some very odd experiences. At the age of just 5, when in 1942 he claims to have met a gentleman by the name of “Sfath,” who was supposedly from a race of extraterrestrials he would call the Pleiadians, from the Pleiadian star cluster. Over the years he would make telepathic contact with other Pleiadians, in particular a woman named Asket, and they would purportedly teach him of their ways, culture, and life on their world, as well as instructing him on how to get humanity back on track after having lost our way long ago. This would continue until 1964, when Meier would claim that all contact with the aliens suddenly ceased. However, this seems to have not been the end of his strange adventures, and he would go on to become a very controversial figure in the field of UFOs.

In 1975, Meier claims that he was contacted once again by the Pleiadians, this time a woman named Semjase, who was apparently the granddaughter of Sfath. This contact would inspire Meier to start a program called the Freie Interessengemeinschaft für Grenz- und Geisteswissenschaften und Ufologiestudien (Free Community of Interests for the Border and Spiritual Sciences and Ufological Studies), and over the decades he would claim hundreds of telepathic meetings with these aliens, especially Semjase, and it was with her that he would start to churn out photographs that have been simultaneously iconic and controversial in Ufology to this day.

According to Meier, the Pleiadians began allowing him to clearly photograph what he calls their “beamships,” and he would begin to release these photographs at a rapid clip, ultimately taking 1,476 photos and 34 films between the years of 1975 and 1981, all remarkable in their clarity. He even took photos of the aliens themselves, as well as those that were allegedly taken off world or even in the prehistoric past. In addition to this, he would take transcripts of his conversations with the aliens, as well as metal samples, sound recordings and film footage, often supposedly giving technological insights and predictions claimed to be well ahead of their time. Much of this has actively embraced by some in the field, with one article on the prnewswire, which refers to the research of UFO researcher Michael Horn and says:

Some of Billy Meier's 1,200, were independently authenticated, pre-digital era UFO photos, taken 1975 - 1981, provided to Harvard professor Avi Loeb as the best evidence of extraterrestrial UFOs. During the course of researching thousands of pages of information Meier claims the extraterrestrials provided, Horn and other researchers have found over 250 examples of specific, previously unknown scientific information that Meier published up to more than 60 years before "official discovery." Ironclad proof that Meier published the information first is established by internationally recognized copyrights. Conveyed in the clear language of science, and subsequently confirmed by NASA discoveries, is information about every planet in the solar system, as well as black holes, the speed of gravity, the impending threat posed by asteroid Apophis, and terrestrial environmental, seismic and volcanic events, etc.

The pictures themselves are iconic and instantly recognizable, even if you don’t consciously realize where they came from. For instance, Agent Mulder’s “I want to believe” UFO poster in his office in the hit show X Files is one of Meier’s, although only in the first three seasons and was changed in the 4th season due to an intellectual property suit brought by Meier, as the creators of the show never obtained permission to use the image. When the photos were first released, they made major waves, becoming the most highly publicized UFO photos of all time. You can see a selection of some of the photos here. No one had ever seen such clear photos of UFOs before, but it was this clarity and the prolific nature of them that immediately drew skeptics. For one, the photos have been pointed out as, well, looking pretty fake and staged, with sometimes even strings visible. There is also the fact that the aliens themselves conveniently look exactly like humans, and none of this was helped by Meier’s wife’s confession in 1997 that he had been making plastic UFO models to photograph, and that the aliens he had taken pictures of were merely photos of Michelle DellaFave and Susan Lund, members of the singing and dancing troupe The Golddiggers, which was later verified. Also fueling the skepticism was Meier’s group being increasingly seen as a creepy UFO cult, and his bold claims that he was the seventh reincarnation after six prophets common to Judaism, Christianity, and Islam. 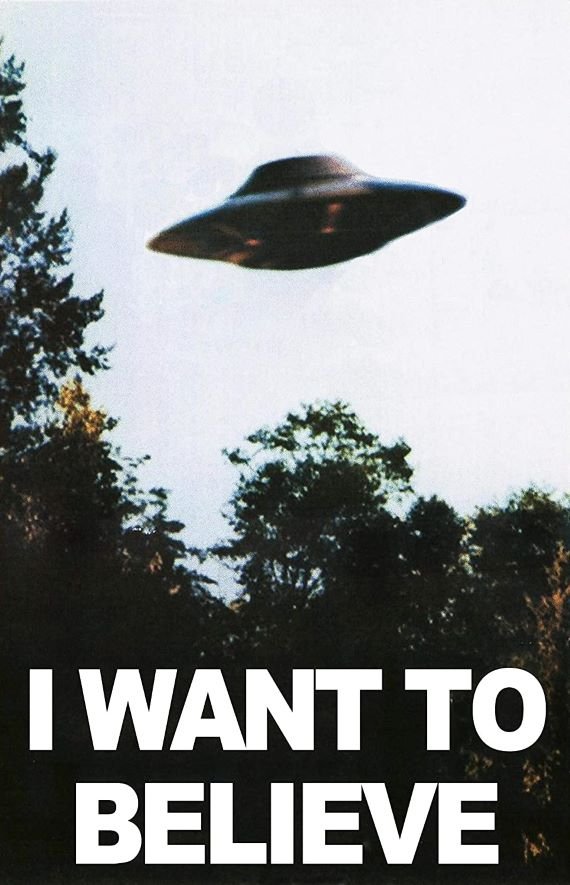 This all seems pretty damning for the veracity of Meier’s famous collection of photographs, but he has had those willing to stand up for him as well, and who continue to vouch for his authenticity. There have even been claims that the fake looking photos have been manipulated to seem that way in order to be dismissed as fake as part of a government cover-up and disinformation program. The 1988 booklet, The Truth About Billy Meier says of this:

UFO contact person, Billy Meier, is often attacked by uninformed people who do not have the slightest knowledge of Billy’s comprehensive contacts and his mission, and all the details. They have never even met Billy in person. Uninformed critics and untrustworthy people who feel Billy’s contacts and mission are impossible, discredit and accuse him of being a charlatan or worse, and try to ridicule him. However, generally speaking, they are ill-informed on the issues and contexts and, therefore, are in no position to pass any realistic and competent judgement on the mission, the contacts, or Billy’s person. Billy did not strive for these contacts with extraterrestrials. On the contrary, he was sought out by the Pleiadians, because of an ancient mission from thousands of years ago. Furthermore, it has been shown that Billy did not agree to these contacts for financial gain, publicity, or personal fame, which can be evidenced by his withdrawn lifestyle.

Many people still claim that Billy faked the hundreds of UFO photos he has taken to achieve some form of personal fame and/or monetary gain for himself, despite the positive analyses performed by several competent scientists and photo experts. In particular, they seem to be people who, because of some strange opinions concerning the rest of the world, politics, or religions, cannot bear the truth that may differ from their own beliefs. They are willing to suppress the truth with the aid of mean, dishonest methods, and to extinguish it, if possible, even if it means going over dead bodies, tarnishing and destroying the reputation of another human being. Most of these allegations are not even backed up by scientific research, or they contain false, distorted data. In addition, it is a known fact that numerous photos of Billy's were carefully manipulated in the past to show strings and similar anomalies and were widely distributed in attempts to discredit him. However, the decision as to their authenticity ultimately lies with each and every individual.

There is also the researcher Horn, who has tirelessly stood up for Meier’s photographs and data, urging people to look deeper into the matter and not disregard this supposed “evidence.” He has said of it:

While Meier's evidence is certainly extraordinary, the term itself is prejudicial. Wasn't it once 'extraordinary' to claim that the earth moved around the sun? Testing any claims using scientific methodologies will determine the actual facts. The internet allows anyone to examine Meier's evidence, check copyright dates, etc., and use today's state-of-the-art software - not available until decades after Meier took his UFO photos – to analyze and authenticate his evidence. If deemed genuine, we are now confronted with the most important – and unexpected – discovery in science and human history, the confirmed existence of, and ongoing contact with, intelligent extraterrestrial life. Should that be the case, we will want to pay particular attention to the warnings they have provided about coming environmental, geopolitical and financial events that may threaten our future survival. And I think this may be the underlying…reason for the Meier contacts.

Whatever one may think, the infamous Billy Meier photos have been largely debunked, although there are still plenty of people who hold them up as the real deal, and they are discussed to this day. Regardless of their pedigree, they are among some of the most well-publicized, instantly recognizable UFO photos there are, frauds or not, and have managed to reverberate through the UFO community to this day, for better or worse.

The JFK-UFO Connection: When Did it All Begin and Who Were the Main People?