The Bizarre Spontaneous Vanishing of James Tedford from a Moving Bus

In the 1940s, 56-year old James Tedford, also sometimes spelled as Tetford, was a war veteran residing in the small, quiet town of Fletcher Town, in Franklin, Vermont. He had a fairly quiet and content life with his much younger wife, 28-year-old Pearl Tedford, and to most they would have seemed to have been a normal, unassuming couple, yet things would begin to get strange when World War II came looming and Tedford went off for a second tour of duty. When he left, things between him and Pearl had been by all accounts good, with no known problems between the two, so he would have had no reason to think that he wouldn’t be able to pick up his happy life where he had left off once he returned. However, this was not meant to be. This would mark the beginning of a spectacularly bizarre spontaneous vanishing that happened on a moving vehicle in full view of many witnesses and which has never been solved.

The first vanishing was the wife. When Tedford returned, his wife seemed normal at first, but shortly after coming back home he returned one day to find the house empty and Pearl nowhere to be seen, even though she was supposed to be there. The house was completely in order and there was even a meal that was out that she had been preparing, so James just assumed she had stepped out for a moment and thought nothing of it at first. The late evening came and Pearl still had not arrived home, which was very unlike her, and Tedford began to worry. Speaking to neighbors and locals, he found that she had been seen that day on her way to an Amoco store in town and that she had seemed completely normal, in good spirits and not exhibiting any signs of distress or any problems. When she had still not returned by the following day police were notified but they could find no trace of her. The idea was that she had run off, but then why had she been seen in completely normal spirits and why hadn’t she left a note behind and a half-prepared meal behind? No one had a clue, and Pearl Tedford would never be seen again. 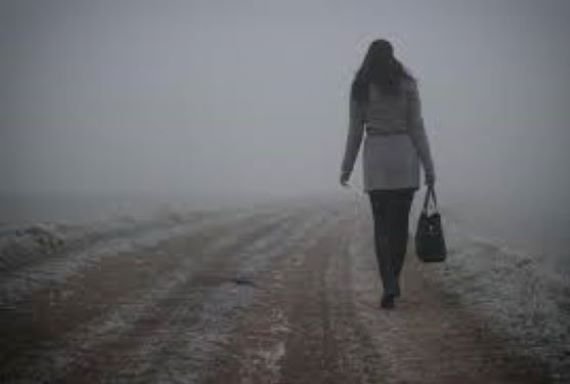 The sudden vanishing of his beloved wife from his life left Tedford in utter shambles. He allegedly flew into a deep depression, withdrawing from social circles and becoming a miserable recluse who was barely ever seen leaving his house and did not do much but sit alone and stare at the wall. He eventually moved into the Soldier’s Retirement Home in Bennington, Vermont in 1947, where he pretty much kept to himself and had no friends. The only people James Tedford had left were some relatives who lived in St. Albans, Vermont, which was about an 8-hour bus ride over Route 7 and through the rugged Green Mountain wilderness area. It was a trip he took occasionally to visit them, and in December of 1949, he went to see them for a few days. It was a completely normal trip, and a bus ride he had taken many times before, so when he went to the bus station to take the journey back to his retirement home there was no reason to think this time would be any different. Although Tedford was typically dour, his family and fellow passengers would later claim that he had not been acting any differently than usual or out of character in any way. Yet, it seems that somewhere along this trip, James Tedford would evaporate into thin air.

When Tedford did not arrive back at the retirement home as scheduled, there were efforts made to find out where he had gone. Both bus personnel and the 15 passengers who had been on the same bus told authorities that Tedford had gotten onto the bus, and this was confirmed by his luggage, cash, and all of his belongings left stowed and abandoned on the bus, as well as an open bus timetable on his seat. According to witnesses, Tedford had last been seen sleeping soundly in his seat, but he was so nondescript that no one had really paid much attention to him until the bus reached its destination and he simply wasn’t there anymore. It was quite anomalous, as the bus had made no stops along the way, there was seemingly no way for him to get off a moving bus without anyone noticing, and even if he could have somehow jumped from the bus it had been snowing heavily at the time, so why would he have tried such a stunt? How had he managed to just vanish and why had all of his luggage been left behind? How could he have so completely vanished in full view of a crowded bus of people with so many potential witnesses? We may never know, and Tedford has never been heard from again. 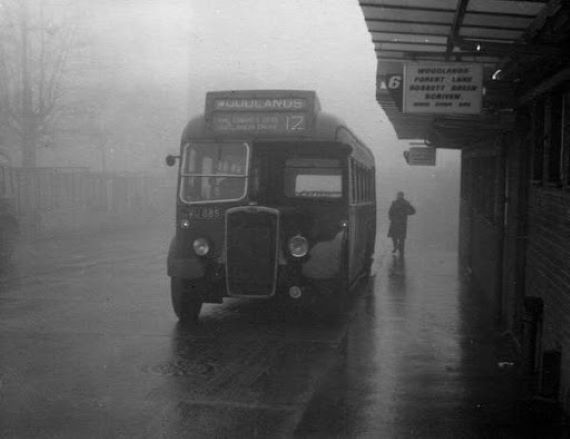 Rather ominously, in later years the mysterious vanishing of James Tedford has been linked to several other bizarre vanishings in the same region. It was first proposed by New England author, historian, and folklorist Joseph A. Citro that Tedford’s vanishing seems to tie in with a series of other weird and unexplained disappearances that occurred between the years of 1945-1950, during which several seemingly unconnected people vanished around the Bennington region of southwestern Vermont. Some of these occurred before Tedford’s disappearance. One of these was an experienced hunter named Middie Rivers, who vanished into thin air in 1945 after rounding a bend ahead of his group and simply blinking out of existence within moments, leaving behind a single rifle casing by a stream and no further traces. The following year a woman named Paula Welden went on a hike on the Long Trail in the same area and passed a couple of other hikers, who say she similarly rounded a bend and that when they came around the corner seconds later she was gone without a trace. Despite extensive searches, Paula Welden was never seen again.

In the years after Tedford’s vanishing there was the 1950 vanishing of 8-year-old Paul Jephson, who was left in his mother’s truck momentarily as she ran an errand, and when she came back he was gone. A spooky detail that would come out is that tracker dogs supposedly followed Jephson’s sense to the same area where Paula Welden had disappeared 4 years earlier. In October of that same year, 53-year-old Frieda Langer was camping in the area and took a hike with her cousin Herbert Elsner. At some point she slipped and fell into a stream, and told Elsner that she would go change her clothes and be right back. She never did come back, and it seems she never even reached the campsite because all of her clothes were still there. A massive search ensued without finding a single trace of the missing woman, and then on May 12, 1951, her skeletal remains were found under some mysterious circumstances. Not only was she found well off the trail she had been on, but the remains were discovered in an area that had been completely and meticulously searched several times. Her strange death remains a complete mystery. 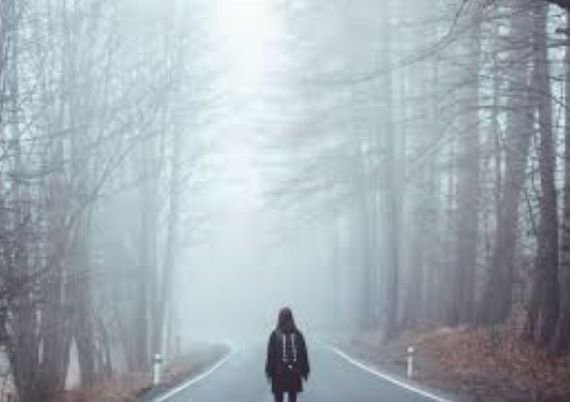 It is hard to know whether any of these cases are connected or if they have any relation to Tedford’s disappearance, but it is rather eerie. Citro has called the area “The Bennington Triangle,” which he claims is an ill-defined zone that is centered on Glastenbury Mountain and radiates outward into the wilderness areas and communities around it, including Bennington. He has gone on to write several books mentioning the Bennington Triangle, with the area also being home to all manner of ghostly phenomena, Bigfoot-like creatures, and UFOs, and whether these disappearances are supernatural in any way or not, it is all rather spooky at the very least. Is any of this connected, and if so how? Is there some mysterious force pervading the landscape here, perhaps hungry for victims, or is this all just coincidence? Whether any of it is connected or not, James Tedford did get on that bus to never get off,  and it has remained one of the more astonishingly weird and puzzling disappearances of modern times.

UFOs and an Alien: Two Men Vanish and a Plane Flies Into Oblivion (or Somewhere…)